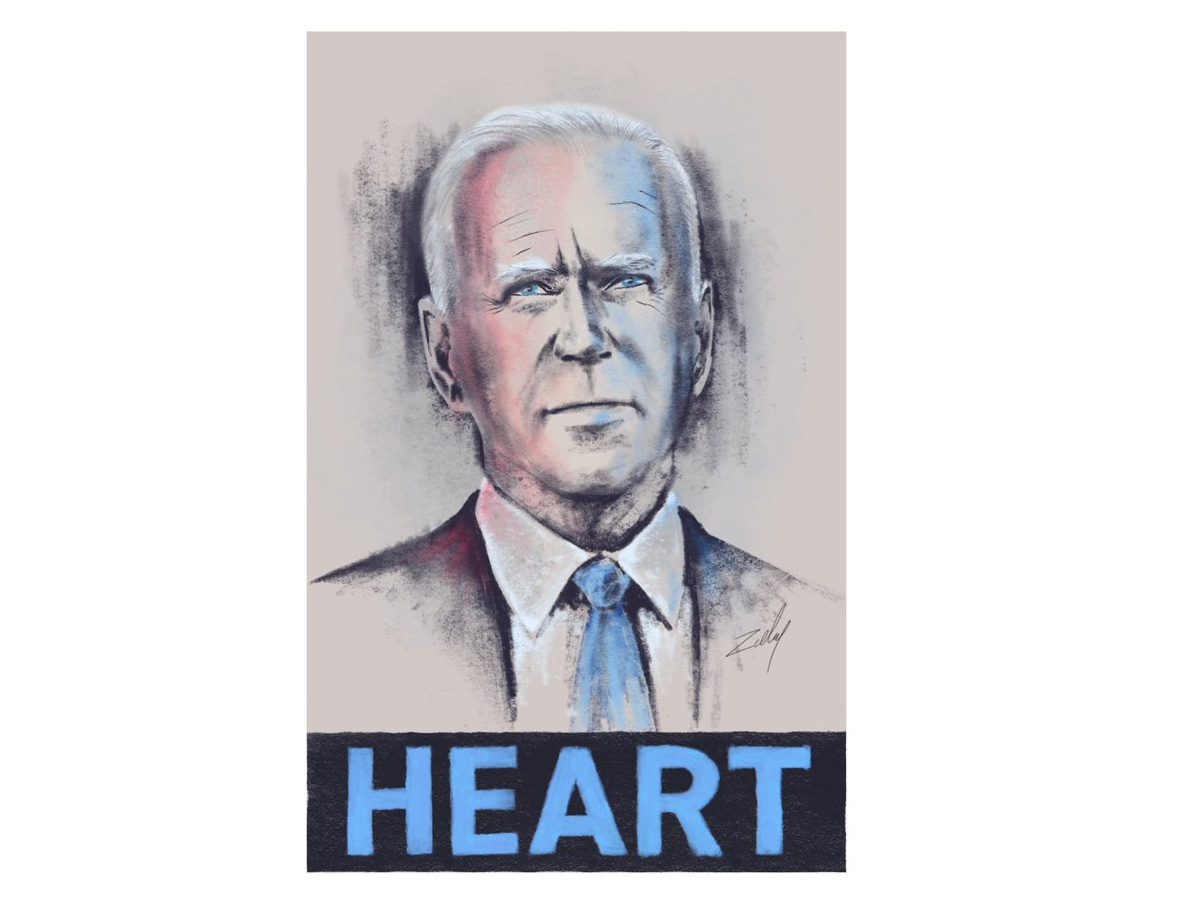 “In each state’s head-to-head matchup, the president underperforms both his 2016 vote share and his current job approval rating — and Biden’s edge is larger than the survey’s margin of sampling error.”

In all three states, Biden leads with college educated whites and leads in the suburbs. But the most surprising thing is the way Trump is under performing with non college educated whites in all three states, drawing no more than 50% of them in each state. He is losing his base, either because they are dying or because they have been, finally, shown his incompetence.

Aaron Blake: “We are now just eight days from Joe Biden’s previously announced target date of Aug. 1 for his vice-presidential pick. The delayed conventions and other factors could certainly postpone the selection, but we’re getting into crunchtime.”

Garrett Graffiti: “In a campaign year marked by a global pandemic, a recession and a national wave of protests, it’s easy to forget that this whole election season began with an absolute debacle when it came to the simple act of voting.”

“The mobile app used for the Democratic caucuses in Iowa collapsed so badly that the country was left unsure—forever, as it turns out—who won…”

“Every month of this year has brought new evidence that voting in 2020 hasn’t been going very well. And with perhaps the most consequential election in generations—when the nation ratifies or rejects President Donald Trump’s divisive agenda—experts are starting to believe that the general election will be much, much worse.”

Joe Biden warned donors that President Trump will try to “indirectly steal” the 2020 election by making a case against mail-in ballots, a voting method that many are expected to use to avoid exposure to the coronavirus during November’s election, the Washington Post reports.

Susan Glasser: “Yes, it has once again come to this: the President of the United States bragging—twice, just this week, in Fox interviews—that he does not have dementia and daring Joe Biden to take the same cognitive test. When Trump pulled this stunt with Chris Wallace on Fox News Sunday, Wallace practically laughed at him. The test requires takers to correctly identify an elephant, Wallace pointed out. ‘It’s not the hardest test,’ Wallace said. But Trump’s mental state has long been the elephant in the room for Republicans, and it’s not surprising that most G.O.P. officials refuse to mention it.”

“Yet many Republicans have—brazenly, under the circumstances—followed Trump in questioning the fitness for office of Biden, a gaffe-prone septuagenarian who would be the oldest person elected to the Presidency should he beat Trump in November.”

“If the stakes weren’t so very, very high, the entire debate that Trump insists on having over which of our Presidential candidates is possibly senile would be exactly the sort of public car crash from which you’d want to avert your eyes. It’s a national humiliation, an embarrassment. Can’t we just make it stop?”

The Cook Political Report forecasts a net gain of five to seven U.S. Senate seats for Democrats, which would give the party the Senate majority.

“Ultimately, every day that Trump stubbornly refuses to change course is another day that it becomes increasingly likely he may not only tank his own re-election bid but could be on a kamikaze mission to take the Republican-held Senate down with him. At this point, a net gain of five to seven seats for Democrats looks far more probable than the one to three seat gain that would leave them shy of a majority.”

The same College Insights poll finds that Biden leads among college students by 50 points, 68% to 18%.

Trump made the announcement from the White House briefing room, saying he would still give a speech accepting the nomination “in a different form” and that delegates still would convene in Charlotte, earlier that week as planned for party business.

Trump claimed he told his team “the timing for this event is not right, it’s just not right,” adding, “I have to protect the American people.”

“News that Kimberly Guilfoyle contracted the coronavirus had barely surfaced on July 3 before she hopped on a private flight from Mt. Rushmore back to Washington, D.C., with her boyfriend, Donald Trump, Jr.,” Politico reports.

“Left behind in her wake after Donald Trump’s pre-Independence Day address were more than a half-dozen junior campaign staffers who Guilfoyle oversees as the president’s national finance chairwoman. The aides, who’d been in proximity to Guilfoyle, were forced to quarantine in their Rapid City, S.D., hotel rooms for three days and barred from any face-to-face contact with colleagues as they pleaded with the campaign to get them home.”

“The campaign tried to reassure the staffers, checking in with them and stressing the need to wait a few days to take a coronavirus test. But the aides felt deserted and scared they’d get sick in a city they’d never set foot in before. They were so distraught that weeks later they sought out Stephanie Alexander, the campaign’s chief of staff, to vent about the experience, according to people familiar with the incident.”

President Trump’s campaign “has purchased thousands of branded masks for surrogates but won’t add them to the collection of Trump keychains and coffee mugs sold on the campaign website,” BuzzFeed News reports.

President Trump’s campaign has placed a Fox News-only ad buy in Washington, D.C. beginning tomorrow and running for five days at the cost of $38,000.

“A group of Democrats want the party to make changes that could lead to a new presidential primary calendar and the elimination of caucuses after the messy Iowa caucus earlier this year,” Bloomberg reports.

Sen. Mitt Romney (R-UT) says he doesn’t know where the Republican Party is headed as the president cozies up to dictators, and character doesn’t seem to matter in leaders anymore, the Deseret News reports.

Said Romney: “I have no idea what’s going to happen with my party. I represent a very small slice of my party. The party has taken a different course. My party was very strong anti-dictators, anti-authoritarian leaders, anti people like Kim Jung Un and Vladimir Putin, and now the party seems to be more comfortable with people like that.”

He added: “I don’t know where my party goes. I have to be honest with you in that regard.”