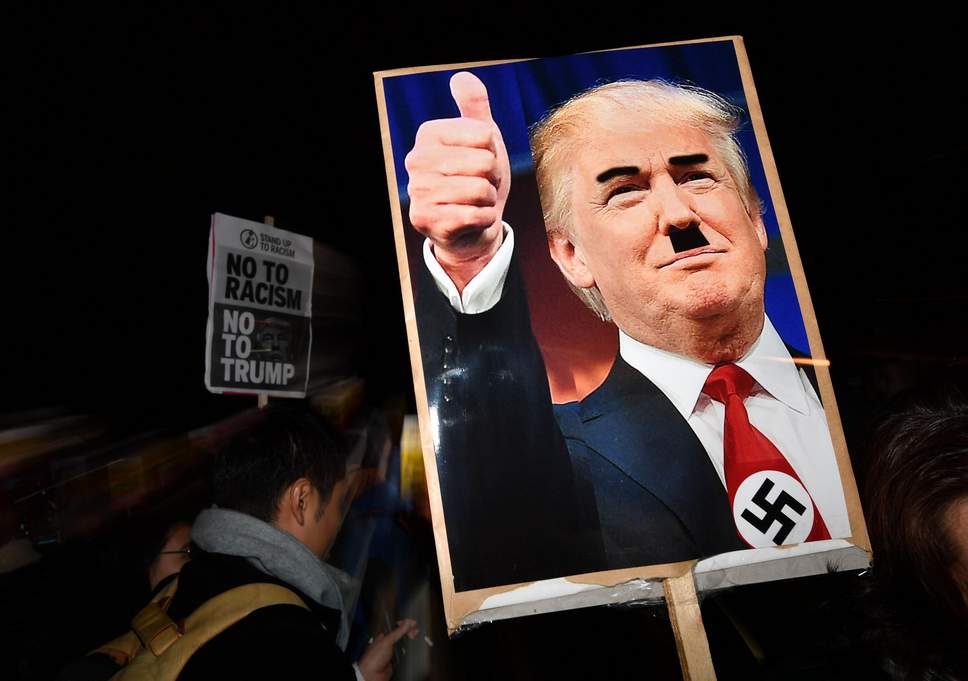 “President Trump, who once bragged he could solve Chicago’s crime problem within a week, announced plans Wednesday to flood the city with a ‘surge of federal law enforcement’ to address ongoing violence,” the Chicago Tribune reports.

“Though agents will be sent across to cities across the country, Trump singled out Chicago as the one in most critical need of additional resources.”

Former Homeland Security secretary Michael Chertoff told ABC News that President Trump has taken a “belligerent” tone toward state and local officials, while adding that protecting federal property is not “an unlimited license to roam around the streets.”

Chertoff also spoke to Greg Sargent: “In my view, this is damaging to the department. It undermines the credibility of the department’s principal mission.”

He added: “While it’s appropriate for DHS to protect federal property, that is not an excuse to range more widely in a city and to conduct police operations, particularly if local authorities have not requested federal assistance. That’s our constitutional system.”

How did we get here? Well, when historians summarize the Trump team’s approach to dealing with the coronavirus, it will take only a few paragraphs:

“They talked as if they were locking down like China. They acted as if they were going for herd immunity like Sweden. They prepared for neither. And they claimed to be superior to both. In the end, they got the worst of all worlds — uncontrolled viral spread and an unemployment catastrophe.

“And then the story turned really dark.

“As the virus spread, and businesses had to shut down again and schools and universities were paralyzed as to whether to open or stay closed in the fall, Trump’s poll numbers nose-dived. Joe Biden opened up a 15-point lead in a national head-to-head survey.

“So, in a desperate effort to salvage his campaign, Trump turned to the Middle East Dictator’s Official Handbook and found just what he was looking for, the chapter titled, ‘What to Do When Your People Turn Against You?’”

“The American ambassador to Britain, Robert Wood Johnson IV, told multiple colleagues in February 2018 that President Trump had asked him to see if the British government could help steer the world-famous and lucrative British Open golf tournament to the Trump Turnberry resort in Scotland,” the New York Times  reports. “The ambassador’s deputy, Lewis A. Lukens, advised him not to do it, warning that it would be an unethical use of the presidency for private gain… But Mr. Johnson apparently felt pressured to try.”

Politico: “Compared to previous disorderly spectacles that sometimes exceeded two hours, Trump’s appearance at a White House lectern on Tuesday hinted that significant changes are underway as he and his aides refocus their attention on the No. 1 threat standing between them and a second term. The format of the briefing — a mostly scripted, solo Trump — also suggested a detente was reached among opposing White House factions that spent the past few weeks clashing over the role their embattled boss should play in responding to the alarming resurgence of Covid-19 in southern and southwestern states.”

“China said the U.S. ordered the abrupt closure of its consulate in Houston, a dramatic escalation in bilateral tensions that Beijing condemned as outrageous and unprecedented,” the Wall Street Journal reports.

Associated Press: “Houston police and fire officials responded to reports that documents were being burned in the courtyard of the Consulate General of China in Houston Tuesday night.”

Politico: “The reason for the dramatic about-face is partly grounded in recent developments — the Hong Kong sanctions, for instance, are tied to a controversial national security law that recently went into effect. But Trump is also eager to appear tough on China heading into his reelection campaign.”

“In the last two weeks, his administration has used a variety of methods — press conferences, new legal judgments, numerous op-eds, high-profile speeches, overseas trips — to suddenly hit Beijing over long-standing issues the president often skirted in the past.”

Sen. Joe Manchin (D-WV) told CNN that he would oppose his party’s effort to get rid of the filibuster if Democrats take control of the chamber in November’s election. Said Manchin: “That’s bullshit.” He noted that he opposed the Democratic effort in 2013 to eliminate the filibuster on most presidential nominees: “And I would be opposed to it again.”

He can go fuck himself. And he is free to join the Republicans at any time.

“Robert Wood ‘Woody’ Johnson, the top envoy since August 2017 to one of the United States’ most important allies, made racist generalizations about Black men and questioned why the Black community celebrates Black History Month,” CNN reports.

Said one source: “His comments about women’s looks have been cringeworthy.”

Ron Brownstein: “On one front, Trump is taking his confrontational approach toward big cities to an ominous new level by deploying federal law-enforcement officials to Portland and potentially other locales over the objection of local officials… On the other, Republican governors, especially but not exclusively across the Sun Belt, have repeatedly blocked mostly Democratic local leaders from locking down their communities, despite exploding caseloads in cities from Atlanta to Phoenix.”

“The common thread in these twin confrontations is that they pit Republican officials who rely on support primarily from exurban, small-town, and rural voters against major metropolitan areas that favor Democrats. In the process, these Republicans—Trump in particular—may be hoping to rally their non-urban voter base by defining themselves explicitly in opposition to the cities. Trump is likely to underscore that message in his White House speech this afternoon on ‘combating violent crime in American cities.’”

Rep. Ted Yoho (R-FL) apologized on the House floor for “abrupt manner of the conversation I had” with Rep. Aklexandria Ocasio-Cortez (D-NY), but added “the offensive name-calling words attributed to me by the press were never spoken to my colleagues and if they were construed that way, I apologize for their misunderstanding.”

He went on: “I cannot apologize for my passion.”

House Majority Leader Steny Hoyer (D-MD) had called for Yoho to be sanctioned by Congress after he reportedly called Ocasio-Cortez “a fucking bitch.”

“The Trump administration is detaining immigrant children as young as 1 in hotels, sometimes for weeks, before deporting them to their home countries under policies that have effectively shut down the nation’s asylum system during the coronavirus pandemic,” the AP reports.

“Federal anti-trafficking laws and a two-decade-old court settlement that governs the treatment of migrant children require that most kids be sent to the shelters for eventual placement with family sponsors. But President Trump’s administration is now immediately expelling people seeking asylum in the U.S., relying on a public health declaration to set aside those rules.”

The Senate is poised to pass a mammoth defense policy bill with a plan to change the names of Confederate-named military installations that sparked a veto threat from President Trump, The Hill reports.

“Trump administration officials and Senate Republicans are discussing a short-term extension of unemployment insurance, as lawmakers and the White House appear unlikely to reach a broader stimulus deal before the benefits lapse,” Bloomberg reports.

“The possible side deal would extend funds that were provided to millions of Americans by earlier coronavirus rescue packages… The scope of any extension is unclear.”

Playbook: “If U.I. is extended as a stand-alone, that would remove the big item with a deadline from these talks. What would Democrats’ incentive be to do a short-term deal? Seems dubious that they would have an incentive. This all bolsters our contention from this morning that these talks could easily go to the second week in August.”

“As the coronavirus surges across the country, several properties owned by President Trump have continued to host gatherings with guests and employees that skirt state and city-mandated face covering ordinances as well as the organization’s own public rules for resuming business during the pandemic,” ABC News reports.

“One of the great mysteries of the coronavirus is how quickly it rocketed around the world,” the AP reports. “It first flared in central China and, within three months, was on every continent but Antarctica, shutting down daily life for millions. Behind the rapid spread was something that initially caught scientists off guard, baffled health authorities and undermined early containment efforts — the virus could be spread by seemingly healthy people.”

“As workers return to offices, children prepare to return to schools and those desperate for normalcy again visit malls and restaurants, the emerging science points to a menacing reality: If people who appear healthy can transmit the illness, it may be impossible to contain.”

A lawsuit was filed Monday on behalf of Michael Cohen claiming the former attorney for President Trump was returned to prison because of his plans to publish a book about the president, Politico reports.

Michael Cohen will allege in his forthcoming memoir that President Trump has made “virulently racist” comments about Barack Obama and Nelson Mandela, the Washington Post reports. The book’s working title is Disloyal: The True Story of Michael Cohen, Former Personal Attorney to President Donald J. Trump.