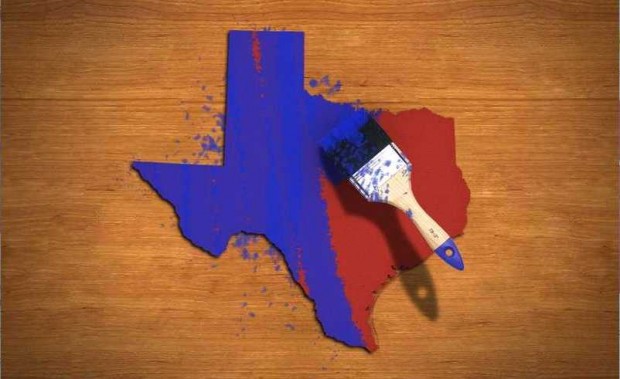 A new OH Predictive Insights poll in Arizona finds a ballot initiative to legalize marijuana has broad support, 62% to 32%.

That’s why the latest Navigator tracking poll should set off alarm bells in the White House.

Key findings: “The poll found that 61% of undecided or third-party registered voters said they would support Biden if they had to choose, while 39% would vote for Trump.”

“Seventy percent of undecided or third-party registered voters say they disapprove of Trump’s performance in office and the same number said they think the country is headed on the wrong track. And 62% said they thought the U.S. economy was headed in the wrong direction.”

Shreveport Mayor Adrian Perkins (D) made the biggest splash on the first day of qualifying for the November 3 election by announcing he will challenge incumbent Sen Bill Cassidy (R-LA), the Shreveport Times reports.

President Trump’s campaign released a new digital ad showing an image of a group of protesters attacking a police officer, alongside the words: “Public safety vs chaos & violence,” Business Insider reports. But that photo is actually from a pro-democracy protest in Kyiv, Ukraine, and was taken in 2014.

“Pennsylvania, Wisconsin, North Carolina and Georgia are the battlefronts for voting rights advocates and election lawyers in a year one national expert says could make Bush v. Gore look like ‘a walk in the park,’” Axios reports.

“What these states share in common are three overlapping factors that could create a perfect storm for legal challenges: competitive elections, surging coronavirus numbers and little experience historically with voting by mail.”

Sen. Susan Collins (R-ME) declined last week to back President Trump for reelection, saying she would focus on her own race while suggesting that she only picked sides in 2016 because she was not on the ballot, CNN reports.

Said Collins: “I was not up for reelection. I didn’t have my own race to worry about at that point.”

Joe Biden and former President Barack Obama sat down in-person to discuss systemic racism, the coronavirus pandemic and President Trump’s handling of those issues for a new campaign video that will be released Thursday, Axios reports.

Joe Biden in a preview clip: “I don’t understand his inability to get a sense of what people are going through. He can’t relate in any way.”

Obama responds: “Well, and one of the things I have always known about you, Joe, it’s the reason I wanted you to be my vice president, and the reason why you were so effective… If you can connect those struggles to somebody else’s struggles, then you’re going to work hard for them and that’s what’s always motivated you to be in public service.”

Rep. Matt Gaetz (R-FL) “has privately engaged in several spending practices in his nearly four years in office that appear to be in conflict with the House’s ethics rules,” Politico report.

“Gaetz, a close ally of President Donald Trump from the Florida Panhandle, improperly sent tens of thousands of taxpayer dollars to a limited liability company linked to a speech-writing consultant who was ousted from the Trump administration, in direct conflict with House rules.”

“In another possible violation, a private company installed a television studio in his father’s home in Niceville, Fla., which Gaetz uses when he appears on television.”

Associated Press: “Elizabeth Warren, a Massachusetts senator and leading progressive, has become an unlikely confidant and adviser to Biden, the presumptive Democratic presidential nominee. They talk every 10 days or so, according to aides to both politicians who spoke on condition of anonymity to freely describe their relationship. Those forums have provided opportunities for Warren to make a case on top policy issues to Biden, who ran a more centrist primary campaign.”

Washington Post: “The 80-page document, produced by a 15-person panel of Democratic leaders including allies of Biden and Sen. Bernie Sanders, was released Tuesday to party members in advance of a July 27 meeting of the full Platform Committee, a body of about 180 delegates who will have an opportunity to make amendments and then forward the document for ratification by the full Democratic convention next month.”

“The draft recognizes in broad strokes the shift the party has undergone since 2016, with far more emphasis on issues such as climate change and police brutality, and a new proposal for a national commission to study slavery reparations and the lasting effects of other forms of institutionalized racism.”

New York Times: “Privately, aides said, Mr. Trump knows things aren’t looking good for him — he just thinks the public polls are overstating the situation. His campaign does not conduct national polls, but aides have presented him with internal data about battleground states that show a closer race than the public polling numbers. His pollsters tell him regularly that he is in a close race and that there is more polling bias in the news media today than there was four years ago, a claim untethered to any measurable metric. They assure him that his base is still enthusiastically engaged and that the middle that might have been planning to vote for him in March has moved away through no fault of his own.”

“That has helped lead Mr. Trump to think that the public polls are overstating Mr. Biden’s advantage, advisers said, and that they offer only a snapshot in time. But his internal numbers still show him trailing Mr. Biden, and he is worried about his standing.”

James Hohmann: “Sen. Ted Cruz warned GOP colleagues and White House emissaries during a private lunch on Tuesday that conservative voters could revolt in November if Republicans spend too much on the next phase of coronavirus relief efforts. After voting for $3 trillion in new spending and revenue reductions to combat the contagion and its economic consequences, some lawmakers are saying they cannot support a new package if its price tag exceeds $1 trillion. Cruz asked Senate Republicans, ‘What in the hell are we doing?’”

“Meanwhile, Sen. Tom Cotton suggested at the lunch that the GOP needs to be willing to keep racking up debt to maintain power. He argued that the full conference needs to focus on protecting their most vulnerable members. Cotton postulated that Democrats would spend more money if they win the Senate majority in November and, therefore, it is cheaper in the long run to allow the size of the spending package to grow with more goodies to benefit incumbents who are up for reelection.”

“Cruz and Cotton are among the small clique of ambitious Republican senators in their 40s who have been laying the groundwork to run for president in 2024, along with Sens. Marco Rubio and Josh Hawley. The dueling stances Cruz and Cotton staked out behind closed doors offer an early taste of the ideological battles we can expect as Republicans increasingly vie to take the torch from President Trump.”