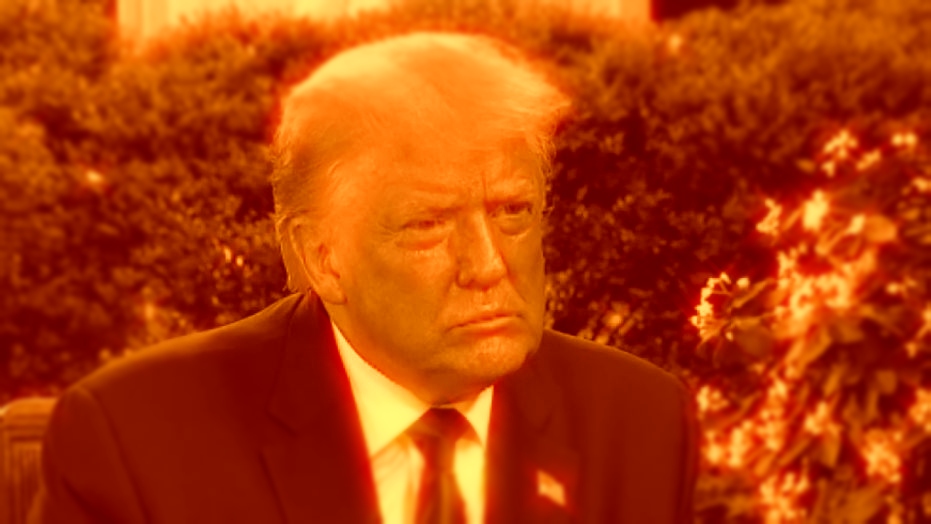 “President Trump on Monday said he will resume giving regular coronavirus briefings this week, reviving a practice that is controversial among some aides as infections surge across the United States,” The Hill reports. Said Trump: “I was doing them and we had a lot of people watching, record numbers watching in the history of cable television, and there’s never been anything like it.” The first one will be tomorrow at 5 p.m. ET.

He’s going to use them as his new rallies. They will mostly be about Biden, I’m sure.

Philip Bump: “From late February until mid-April, President Trump and the White House coronavirus task force held near-daily briefings on the scope of the pandemic and the government’s response. During that period, Trump’s approval ratings on his handling of the virus were significantly higher than they are now, so it’s not surprising that the White House would seek to resume them.”

“Except that Trump’s approval ratings at the time were higher not because of the briefings but because of his actions — and the downward trend in his approval began as he began to play down the pandemic’s seriousness. What’s more, Americans don’t trust Trump to provide accurate information in the first place.”

“I want more briefings but, more importantly, I want the whole White House to start acting like a team on a mission to tackle a real problem. Navarro’s Larry, Moe and Curly junior-high slap fight this week is yet another way to undermine public confidence that these guys grasp that tens of thousands of Americans have died and tens of millions are out of work.” — Sen. Ben Sasse (R-NE), quoted by the New York Times.

“America spent the spring building a bridge to August, spending trillions and shutting down major parts of society. The expanse was to be a bent coronavirus curve, and the other side some semblance of normal, where kids would go to school and their parents to work,” Axios reports.

“We blew it, building a pier instead.”

Emily Stewart: “The country is ambling toward a cliff, putting millions of Americans’ lives and livelihoods in danger and all but ensuring prolonged economic distress nationwide. It didn’t have to be this way. Yet here we are, unable to shake out of it.”

Washington Post: “In the United States, coronavirus transmission is out of control.”

“President Trump on Monday threatened to send federal law-enforcement officials into cities like New York and Chicago following his deployment of such forces to Portland, Oregon, over the weekend to crack down on protesters,” the Daily Beast reports.

Said Trump: “New York and Chicago and Philadelphia, Detroit, and Baltimore and all of these—Oakland is a mess—we are not going to let this happen in the country, all run by liberal Democrats. We’re going to have more federal law enforcement, that I can tell you.”

“The U.S. Department of Homeland Security is crafting plans to deploy about 150 federal agents to Chicago this week, the Chicago Tribune has learned, a move that would come amid growing controversy nationally about federal force being used in American cities.”

Said Paul: “We cannot give up liberty for security. Local law enforcement can and should be handling these situations in our cities but there is no place for federal troops or unidentified federal agents rounding people up at will.”

Newsweek interviews Jared Kushner. “When the history of Donald Trump’s tumultuous time in the White House is written—and that may be sooner than later—it will show one thing for certain: His most influential adviser, by far, was Jared Kushner.”

“Now 39, Kushner has been a de facto chief of staff, influencing the hiring and firing senior White House aides; an important architect of Trump’s foreign policy, including the map of the Mideast and the renegotiation of the North American Free Trade Agreement; he became a key member of the coronavirus task force; the prime force behind initiatives like criminal justice reform; and now, increasingly, a critical adviser to a struggling re-election campaign. He is, in fact, the most influential presidential relative—first ladies aside—since Robert F. Kennedy served as attorney general for his brother, President John F. Kennedy.”

“The husband and son of U.S. District Court Judge Esther Salas were shot this evening after a gunman dressed as a Federal Express delivery driver entered their North Brunswick home,” the New Jersey Globe reports.

ABC News: “The suspect was found dead of an apparently self-inflicted gunshot wound near Campsite Road and Berry Brook Road in Sullivan County, the sources said. A municipal employee discovered the body in a car.”

“The deceased suspect was an attorney who, sources said, had a case before Judge Salas in 2015. A FedEx package addressed to Judge Salas was discovered in the car.”

“Millions of Americans who managed to hold onto their jobs amid the coronavirus pandemic have seen their incomes drop as employers slashed wages and hours to weather what they expected to be a short-term shutdown,” Politico reports.

“Now, with the virus raging and the recession deepening, those cuts that were meant to be temporary could turn permanent — or even pave the way for further layoffs. That could portend deep damage to the labor market and the economy because so many workers who have kept their jobs have less money to spend than a few months ago.”

Wall Street Journal: “The U.S. labor-market recovery is losing momentum as a surge in coronavirus cases triggers heightened employer uncertainty and consumer caution. Job openings in July are down from last month across the U.S., and Google searches for ‘file for unemployment’ are creeping up.”

“The Supreme Court rebuffed an effort by Democrats in the House of Representatives to speed up the process by which they can continue to fight for President Trump’s financial records in lower courts,” CNBC  reports.

“The court rejected the Democrats’ request in an unsigned order, with only Justice Sonia Sotomayor noting that she would have granted it.”

“Democrats, increasingly hopeful they can retake the White House and Senate in November, are discussing changing Senate rules to pass legislation with a simple majority of votes,” ABC News reports.

“Known as the ‘nuclear option,’ the move to eliminate the 60-vote threshold currently needed to end debate in a full Senate would allow a Joe Biden administration – and a Democrat-led Congress – to act swiftly on key party priorities, including climate change, voting rights and gun control, with just 51 votes.”

“It’s a possibility that the former vice president, who spent 36 years in the Senate, recently signaled more interest in considering – and one that could have significant implications for governing.”

Missouri Gov. Mike Parson (R) “indicated both certainty and acceptance that the coronavirus will spread among children when they return to school this fall,” the St. Louis Post-Dispatch reports.

Said Parson: “These kids have got to get back to school…. And if they do get COVID-19, which they will — and they will when they go to school — they’re not going to the hospitals…. They’re going to go home and they’re going to get over it.”

He added: “We gotta move on. We can’t just let this thing stop us in our tracks.”

“The White House thinking is being heavily influenced by John Yoo, the lawyer who wrote the Bush administration’s justification for waterboarding after 9/11.”

“Yoo detailed the theory in a National Review article, spotted atop Trump’s desk in the Oval Office, which argues that the Supreme Court’s 5-4 DACA ruling last month ‘makes it easy for presidents to violate the law.’”

“The president has brought up the article with key advisers.”

“American tourists will be barred from entering the Bahamas starting Wednesday, as levels of COVID-19 resurge in the U.S,” the Daily Beast reports.

He added: “We are not trying to take away your freedoms when we say wear a face covering.”

Jonathan Chait: “Last October, the Nuclear Threat Initiative and the Johns Hopkins Center for Health Security compiled a ranking system to assess the preparedness of 195 countries for the next global pandemic… At the top of the rankings, peering down at 194 countries supposedly less equipped to withstand a pandemic, stood the United States of America.”

“It has since become horrifyingly clear that the experts missed something. The supposed world leader is in fact a viral petri dish of uncontained infection. By June, after most of the world had beaten back the coronavirus pandemic, the U.S., with 4 percent of the world’s population, accounted for 25 percent of its cases. Florida alone was seeing more new infections a week than China, Japan, Korea, Vietnam, Thailand, Malaysia, Indonesia, the Philippines, Australia, and the European Union combined.”

“During its long period of decline, the Ottoman Empire was called ‘the sick man of Europe.’ The United States is now the sick man of the world, pitied by the same countries that once envied its pandemic preparedness — and, as recently as the 2014 Ebola outbreak, relied on its expertise to organize the global response.”

Wall Street Journal: “Big U.S. companies are deciding March and April moves won’t cut it. The fierce resurgence of Covid-19 cases and related business shutdowns are dashing hopes of a quick recovery, prompting businesses from airlines to restaurant chains to again shift their strategies and staffing or ramp up previous plans to do so. They are turning furloughs into permanent layoffs, de-emphasizing their core businesses and downsizing production indefinitely.”

“Some 25 million Americans are set to lose $600 a week each in federal unemployment benefits at the end of the month, one of the thorniest issues Congress faces when it returns to Washington this week to consider another coronavirus relief bill,” the Wall Street Journal reports.

“Many people view the payments as a lifeline, and analysts say the $15 billion a week in federal spending has provided vital support to an economy staggering from the effects of the pandemic. But critics say the money, paid on top of regular state jobless benefits, discourages some Americans from returning to work as businesses try to reopen, holding back the recovery.”

Wall Street Journal editorial: “We had differences with Lewis on policy, not least his opposition to the 1996 welfare reform when he predicted a catastrophe for the poor. The reform, passed by a GOP Congress and signed by President Bill Clinton, is the most successful bipartisan reform of the last 30 years.

“But these differences are trivial compared to the significance of Lewis’s life and contribution to America. He famously forgave George Wallace, Alabama’s segregationist Governor in the 1960s, in an example of reconciliation all of us should emulate. He never gave up his belief in nonviolence, despite the violence used against him. He never lost faith in the capacity of American democracy, despite its flaws, to strive for a more perfect union.”