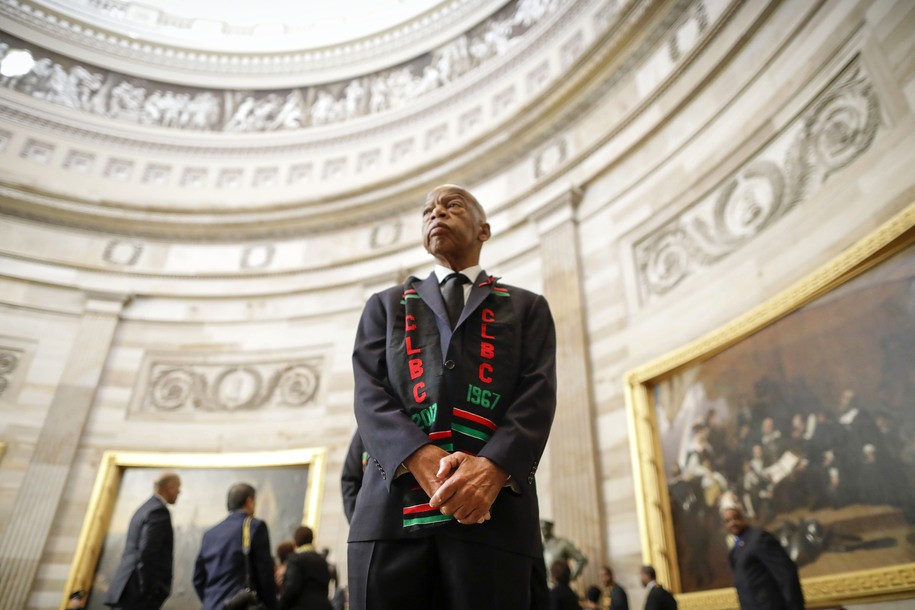 America lost one of its great living heroes Friday night with the death of Rep. John Lewis, after battling pancreatic cancer over the last year. Congressman Lewis was 80 years old.

Lewis first came to national prominence in the 1960s as a civil rights activist alongside Martin Luther King, Jr. He was a Freedom Rider in 1961, a speaker at the March on Washington in 1963, beaten and arrested repeatedly without ever giving up the fight. In 1965, Alabama state police fractured his skull as he led a march across the Edmund Pettus bridge in Selma. He was elected to represent parts of Atlanta in Congress in 1986. He has been serving there, and us, ever since. Here is one of my favorite quotes from John Lewis:

“Generations from now,” President Barack Obama said as he gave Lewis a Medal of Freedom in 2011, “when parents teach their children what is meant by courage, the story of John Lewis will come to mind—an American who knew that change could not wait for some other person or some other time; whose life is a lesson in the fierce urgency of now.”

Here are some other tributes:

0 comments on “Thanks for the Good Trouble, John Lewis”