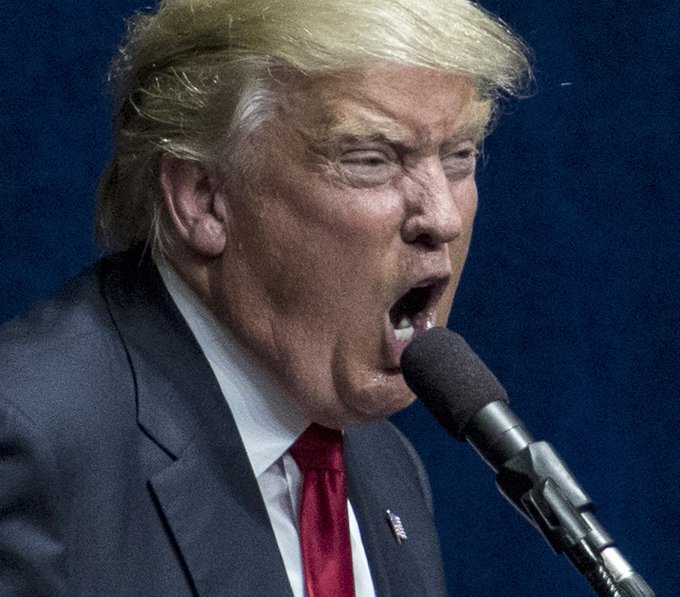 Stephen Collinson: “Rarely has a president shown himself to be so unequal to a tragic national emergency.”

“Hundreds of Americans are dying daily and tens of thousands are getting infected from a once-in-a-century virus. States and cities are closing down again, threatening to trigger a ruinous new economic slump. Doctors and nurses lack sufficient protective gear as they battle the deadly pathogen. And with testing swamped by waves of disease, one top official is warning of the ‘the most difficult time’ ever for US public health this winter.”

“Yet this is what is on Donald Trump’s mind: Joe Biden didn’t fix the country’s roads and bridges, crowds of bikers and boaters in MAGA hats prove that election polls are wrong, and the border wall is almost finished (except it isn’t). Oh, and by the way, where is Hunter Biden?”

Jacqueline Alemany: “He invoked his opponent’s name nearly 30 times on a range of topics, and despite his claims otherwise, sounded like an underdog on shaky ground throwing spaghetti at the wall to find a new message that might stick.”

“In theory, President Trump summoned television cameras to the heat-baked Rose Garden early Tuesday evening to announce new measures against China to punish it for its oppression of Hong Kong. But that did not last long,” the New York Times reports.

“What followed instead was an hour of presidential stream of consciousness as Mr. Trump drifted seemingly at random from one topic to another, often in the same run-on sentence. Even for a president who rarely sticks to the script and wanders from thought to thought, it was one of the most rambling performances of his presidency.”

“At times, it was hard to understand what he meant.”

White House adviser Peter Navarro attacks Dr. Anthony Fauci in a remarkable USA Today op-ed: “Dr. Anthony Fauci has a good bedside manner with the public, but he has been wrong about everything I have interacted with him on.”

Despite attempts to distance the White House from adviser Peter Navarro’s op-ed attacking Dr. Anthony Fauci, a Trump administration official told the Los Angeles Times that Navarro had President Trump’s permission to write the column. Said the official: “Not only was he authorized by Trump, he was encouraged.”

The Atlantic: “Targeting Fauci seems like a tragic misuse of White House time and energy if officials’ aim is to defeat the coronavirus. But Trump appears more concerned with discrediting Fauci.”

Justice Ruth Bader Ginsburg was discharged from Johns Hopkins Hospital in Baltimore on Wednesday, one day after she was admitted with a possible infection, CNBC reports. Said a spokesperson: “She is home and doing well.”

President Trump told CBS News he would welcome former national security adviser Michael Flynn back to his administration. Said Trump: “He’s gone through hell. He’s been destroyed, but he’ll make a comeback. He’s gonna make a great comeback.” When asked if he would take Flynn back at the White House, Trump replied, “I would.”

“Ivanka Trump posted a photo of herself posing with Goya beans as people call for boycott of the brand, but she may have violated government ethics rules by doing so,” Business Insider reports.

Washington Post: “While most developed countries have managed to control the coronavirus crisis, the United States under Trump continues to spiral out of control, according to public health experts, with a staggering 3.3 million Americans infected and more than 133,000 dead.”

“There is no cohesive national strategy, apart from unenforced federal health guidelines. Instead, the administration is offering a patchwork of solutions, often in reaction to outbreaks after they occur. Although Trump and his team declare sweeping objectives, such as reopening schools, they have largely shirked responsibility for developing and executing plans to achieve them, putting the onus instead on state and local authorities.”

“The White House and Senate Republicans are developing plans to prod schools to reopen by attaching incentives or conditions to tens of billions of dollars in new aid as part of the next coronavirus relief bill,” the Washington Post reports.

“Republican officials familiar with the negotiations said the bill may include somewhere between $50 billion and $100 billion for elementary and secondary schools, with one person familiar with the talks saying the target was about $70 billion. Negotiators are looking at another $20 billion to $30 billion for higher education.”

A new Quinnipiac poll finds just 31% of Americans think it’s safe to send students back to school in the fall, including just 37% of parents with children under 18.

Oklahoma Gov. Kevin Stitt (R) announced he has tested positive for the coronavirus. Stitt, who is a close ally of President Trump’s, stood by the president’s decision to move ahead with his rally in Tulsa several weeks ago despite warnings from public health officials. Stitt told Tulsa World that he does not second-guess his personal choices not to wear a mask despite testing positive. Said Stitt: “I’m not thinking about a mask mandate at all.”

I hope he dies.

Neal Katyal and Joshua Geltzer writing in The Atlantic: “Donald Trump’s commutation of his friend Roger Stone’s criminal sentence is one of the most severe affronts to the rule of law during the Trump administration—and that’s really saying something. Fortunately, it’s not indelible. A future Justice Department could indict Stone once again. And this fact highlights that on the ballot in 2020 is not just a forward-looking end to Trump’s corruption and lawlessness, but also a reversal of some of his administration’s worst excesses…”

“A future Justice Department would be well within its rights to open a new investigation into Stone’s activities. Such an investigation wouldn’t be hard: The very facts the jury found sufficient to convict Stone suggest that he may be guilty of other criminal offenses.”

“The Central Intelligence Agency has conducted a series of covert cyber operations against Iran and other targets since winning a secret victory in 2018 when President Trump signed what amounts to a sweeping authorization for such activities,” Yahoo News reports.

“The secret authorization, known as a presidential finding, gives the spy agency more freedom in both the kinds of operations it conducts and who it targets, undoing many restrictions that had been in place under prior administrations. The finding allows the CIA to more easily authorize its own covert cyber operations, rather than requiring the agency to get approval from the White House.”

“President Trump intends to continue his legal fight against the Manhattan district attorney over access to his tax records, according to a court filing Wednesday, and may argue the subpoena he faces is overly broad and motivated by politics,” the Washington Post reports.

“Trump recently lost his bid to have the grand jury subpoena tossed on the grounds that as sitting president he has absolute immunity from state court proceedings. The Supreme Court decision last week favored efforts by Manhattan District Attorney Cyrus Vance Jr., whose office was investigating Trump and his business over hush money payments made to two women during the 2016 presidential campaign, including to pornography actress Stormy Daniels.”

“Vance’s office, which is facing a looming statute of limitations should he decide to pursue a felony case, suggested it would not allow the new matters to drag on.”

Colorado Gov. Jared Polis (D) is standing by a recent Facebook post calling anyone who refuses to wear a mask to help mitigate the spread of coronavirus a “selfish bastard,” The Hill reports.

Said Polis: “The emerging scientific data is clear: wearing a mask doesn’t only protect others, it also significantly reduces your own risk of getting Coronavirus. So if you’re a selfish bastard and wearing a mask to protect others isn’t enough of a reason to do so, then maybe protecting yourself is?”

Washington Post: “Poorer nations throughout Latin America, the Middle East, South Asia and Africa are bearing a growing share of the caseload, even as wealthier countries in Western Europe and East Asia enjoy a relative respite after having beaten back the worst effects through rigorously enforced lockdowns.”

“And then there’s the United States, which leads the world in new cases and, as with many nations that possess far fewer resources, has shown no sign of being able to regain control.”