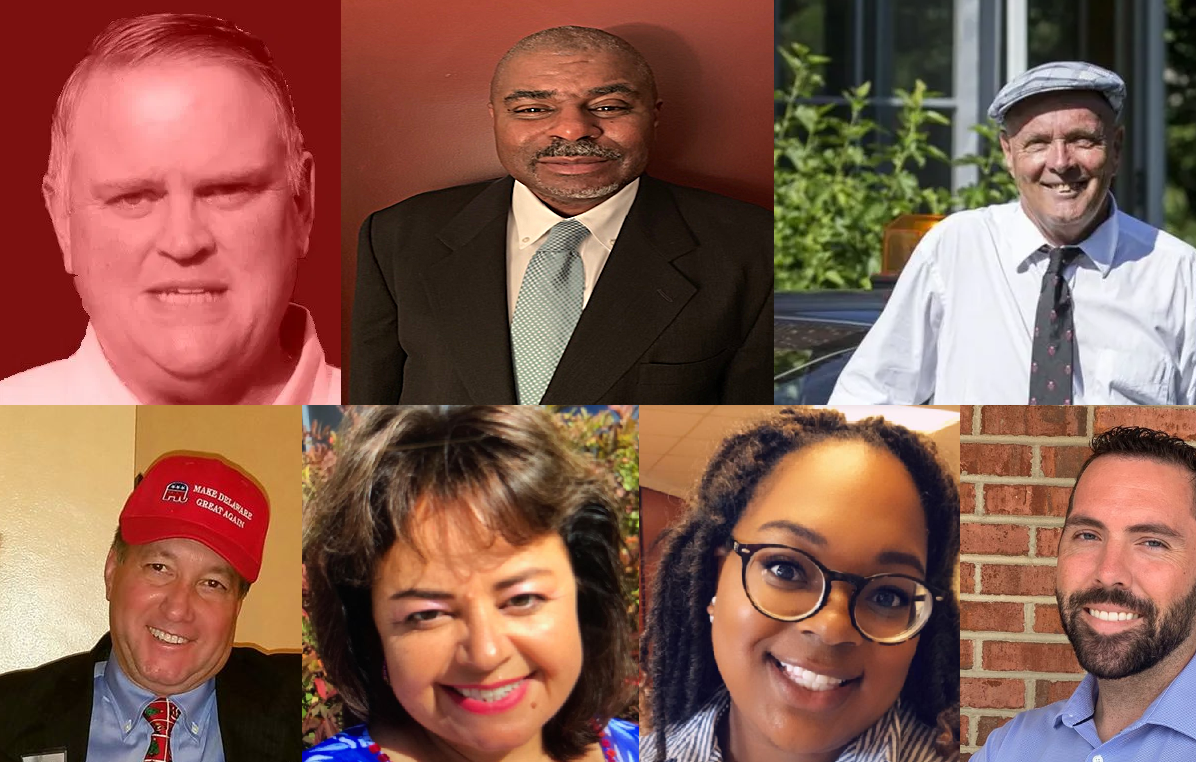 There are now nine people running for Governor of Delaware. That has to be some sort of record. On the Democratic side, you have incumbent Governor John Carney, who now has a primary challenger in David Lamar Williams, Jr. Check out his website, but I don’t find him to be that much of a credible challenger. For one thing, in the environmental issue section on his site, he includes a picture of rather tall mountains. That must be the same mountain range west of Dover recently seen in Homeland.

On the Republican side, I am no longer including ShopRite Owner Chris Kenny on this list, since he has made no moves to actually file for office despite a vanity campaign of Facebook ads. But there are still seven (7) Republicans already running. Since our last post, we have three more perennial candidates in Senator Colin Bonini (who was the GOP nominee that was destroyed by Carney in 2016), David Graham and insane tree vandal Scott Walker.

We know all about Bonini and Walker already.

David Graham has run for Governor before in the 2004 GOP Primary. He received 6% of the vote behind nominee Bill Lee and pilot and Facebook troll Mike Protack. He was the IPOD nominee for Attorney General in 2014, receiving 2.1% of the vote.

So let’s check out the rest of the chart. You see a lot of blank spaces on both sides. But while the individual candidate deadline is tomorrow at noon, each political party has until the end of August to nominate a candidate for each office. Bolded names are newly added names to the chart since our last post.


So far though, the GOP has failed to field candidates against Senator Dave Sokola in the 8th SD, against Nicole Poore in the 12th, and against the winner of the McBride and Pinkney primary in the 13th; while the Democrats have so far failed to find candidates to run against GOP Senators downstate in the 19th or 20th Senate Districts.

The GOP futility is worse in the House, where they so far don’t candidates in 18 of the 41 House races. The Democrats have yet to find candidates in 9 House races, most of them downstate in Kent and Sussex Counties.

In the 8th RD, where Quinn Johnson just retired at the end of the General Assembly session, we have three Democrats vying to replace him: Yvette Santiago, Sherae’a Moore and Matthew Wallace Powell. Republican Daniel Zitofsky, who has run for the seat before, has also filed.

0 comments on “The 62 District Strategy – Filing Deadline is Tomorrow!”