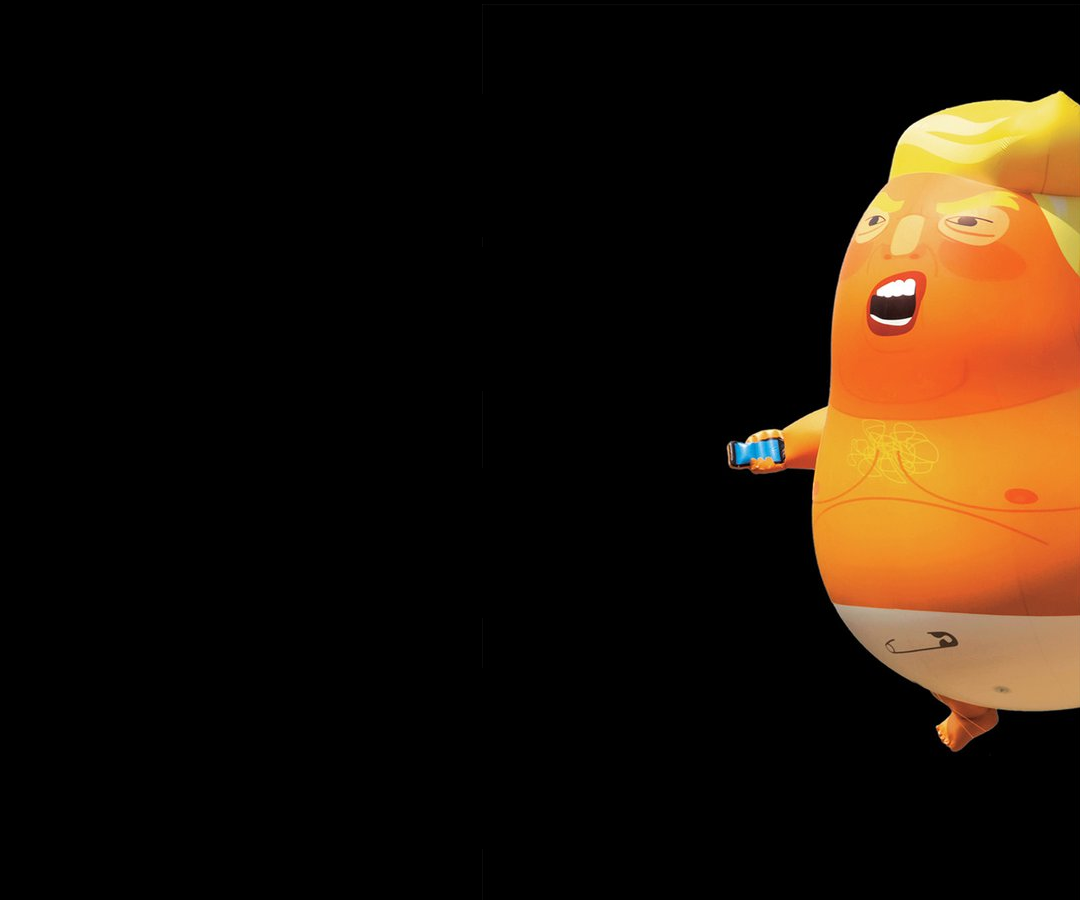 TRUMP PULLS US OUT OF WORLD HEALTH ORGANIZATION. Sen. Bob Menendez (D-NJ), the ranking Democrat on the Senate Foreign Relations committee, told CNN that the Trump administration has informed Congress that the president has officially pulled the United States out of the World Health Organization during the middle of a global pandemic.

TRUMP TO PRESSURE GOVERNORS FOR SCHOOL OPENINGS. President Trump said the White House would put pressure on governors to get schools opened in the fall amid rising coronavirus cases in the United States, The Hill reports.

Said Trump: “We don’t want people to make political statements or do it for political reasons. They think it’s going to be good for them politically, so they keep the schools closed. No way.”

Florida Education Commissioner Richard Corcoran has issued an executive order requiring all of Florida’s public K-12 schools to reopen in August despite a surge in coronavirus cases, WTXL reports.

PPE RUNS LOW AGAIN. “The personal protective gear that was in dangerously short supply during the early weeks of the coronavirus crisis in the U.S. is running low again as the virus resumes its rapid spread and the number of hospitalized patients climbs,” the AP reports.

BOOKS BOOKS BOOKS. Everyone is cashing in before Trump is defeated in a landslide and becomes irrelevant for all time. President Trump was photographed putting a card in his jacket with the name “Bob Woodward” on it, CNN reports. Trump has reportedly spoken with Woodward for several hours ahead of his new book on the Trump White House, scheduled to be published in September. Trump was irritated he wasn’t told about Woodward’s attempts to interview him for the last book.

The New York Times obtained an early copy of Too Much and Never Enough: How My Family Created the World’s Most Dangerous Man by Mary Trump.

“It depicts a multigenerational saga of greed, betrayal and internecine tension and seeks to explain how President Trump’s position in one of New York’s wealthiest and most infamous real-estate empires helped him acquire what Ms. Trump has referred to as ‘twisted behaviors’ — attributes like seeing other people in ‘monetary terms’ and practicing ‘cheating as a way of life.’”

Among the highlights: Trump paid someone to take the SAT on his behalf which he used to later gain admittance as an undergraduate to the University of Pennsylvania’s prestigious Wharton business school.

Also stunning: “Ms. Trump, a clinical psychologist, asserts that her uncle has all nine clinical criteria for being a narcissist. And yet, she notes, even that label does not capture the full array of the president’s psychological troubles.”

Writes Trump: “The fact is, Donald’s pathologies are so complex and his behaviors so often inexplicable that coming up with an accurate and comprehensive diagnosis would require a full battery of psychological and neurophysical tests that he’ll never sit for.”

White House press secretary Kayleigh McEnany had an interesting take on Mary Trump’s explosive new tell-all book: “I have yet to see the book, but it is a book of falsehoods.”

“Following months of legal drama, threats, and public controversy surrounding multiple books published by former Trumpworld insiders, yet another blockbuster Trump book is set to hit shelves next month and contain ‘explosive’ revelations about first lady Melania Trump, written by her once close adviser and friend of 15 years,” the Daily Beast reports.

“Stephanie Winston Wolkoff—who was previously seen by the first lady as a loyal confidante and helped plan President Donald Trump’s 2017 inauguration in Washington, D.C.—will release a tell-all, Melania and Me, on Sept. 1.”

“People with knowledge of the project say the content of the book is largely negative and that the manuscript heavily trashes the First Lady.”

Vanity Fair says the book details the author’s 15-year-long friendship with the First Lady that culminated in her ousting after she helped plan the inauguration and served in the East Wing.

“Some Trump allies are telling him that he has a better argument to make and to focus on his accomplishments in office and offer sharp criticism of his opponent, former Vice President Joe Biden.”

“But Trump — four months away from facing voters in his re-election bid and trailing Biden in the polls — is ‘going with his gut’ and ‘relying on instinct,’ as two officials put it.”

WHO TOLD HIM??? Former Sen. Judd Gregg (R-NH) offers a conspiracy theory in The Hill in which he warns of a “coup” in which “socialist” and “far left” figures in the Democratic party install a running mate for Joe Biden and then use the 25th Amendment to topple Biden.

I DON’T THINK HER PLAYERS ARE GOING TO LIKE THIS. Sen. Kelly Loeffler (R-GA), a co-owner of Atlanta’s WNBC franchise, objected to the league’s plans to honor the Black Lives Matter movement, warning that subscribing to a “particular political agenda undermines the potential of the sport and sends a message of exclusion,” the Atlanta Journal Constitution reports.

“IT DIDN’T WORK.” Jacob Soboroff writes in his new book, Separated: Inside an American Tragedy, that Katie Miller, former spokeswoman for the Department of Homeland Security and wife of Trump adviser Stephen Miller, told him she was sent to the southern border to see the plight of migrant families, The Week reports.

Said Miller: “Family and colleagues told me that when I have kids I’ll think about the separations differently. But I don’t think so… DHS sent me to the border to see the separations for myself — to try to make me more compassionate — but it didn’t work.”

TRUMP IS SINKING THE GOP IN SUBURBIA. Ron Brownstein: “Recent national and district-level polls signal that many of the well-educated voters souring on Trump are also displaying more resistance to Republican congressional candidates than in 2018 — potentially much more.”

“That movement could frustrate GOP hopes of dislodging many of the first-term House Democrats who captured previously Republican suburban seats in 2018. It also means Democrats see further opportunities in white-collar House districts — from Pennsylvania and Georgia to Indiana and especially Texas — where the GOP held off the 2018 suburban tide, often only by narrow margins.”

MARKETS ABANDON TRUMP. “Betting markets have turned decisively toward an expected victory for Joe Biden in November — and asset managers at major investment banks are preparing for not only a Biden win, but potentially a Democratic sweep of the Senate and House too,” Axios reports.

THE BOLTON BOOK AFTERMATH. The news media has largely moved on, but foreign government officials remain fixated on John Bolton’s memoir, The Room Where It Happened, Axios reports.

Bolton’s detailed inside-the-Oval revelations have raised the blood pressure of allies who were already stressed about President Trump’s unreliability.

One example: “European officials, who have spent three and a half years fretting that Trump would withdraw the U.S. from NATO, are treated to a hair-raising account of just how close Trump came to announcing he would do just that.”

“The behind-the-scenes maneuverings from Trump’s team to stop that from happening suggest it’s still a real possibility.”

DC STATEHOOD DOES NOT GIVE DEMOCRATS A PERMANENT MAJORITY. Inside Elections: “Any conversation about DC statehood will inevitably include Republicans predicting a permanent influx of Democrats on Capitol Hill. But history reveals that two additional Democratic senators would rarely have made a difference in control of the Senate over the last half century.”

“A hypothetical DC statehood would have turned a Republican majority into a Democratic majority for just four months over the past 60 years.”

But let’s see if we can make that happen. Combine the Carolinas and the Dakotas. Make Montana, Idaho and Wyoming all one state. Same for Kansas and Nebraska. Split California into three states. Add Puerto Rico and the Virgin Islands as two additional states. Now we are getting somewhere.

TRUMP’S ATTACKS ON MAIL-IN VOTING MAY BACKFIRE. “President Trump’s relentless attacks on the security of mail voting are driving suspicion among GOP voters toward absentee ballots — a dynamic alarming Republican strategists, who say it could undercut their own candidates, including Trump himself,” the Washington Post reports.

“In several primaries this spring, Democratic voters have embraced mail ballots in far larger numbers than Republicans during a campaign season defined by the coronavirus pandemic. And when they urge their supporters to vote by mail, GOP campaigns around the country are hearing from more and more Republican voters who say they do not trust absentee ballots… In one particularly vivid example, a group of Michigan voters held a public burning of their absentee ballot applications last month.”

BRAZILIAN TRUMP TESTS POSITIVE. Brazilian President Jair Bolsonaro announced  that he tested positive for coronavirus. Axios: “Brazil’s coronavirus outbreak is one of the largest in the world, topped only by the U.S., and Bolsonaro has long downplayed the effects of the virus, pushing businesses to reopen over the last few months in order to jumpstart the country’s economy.”