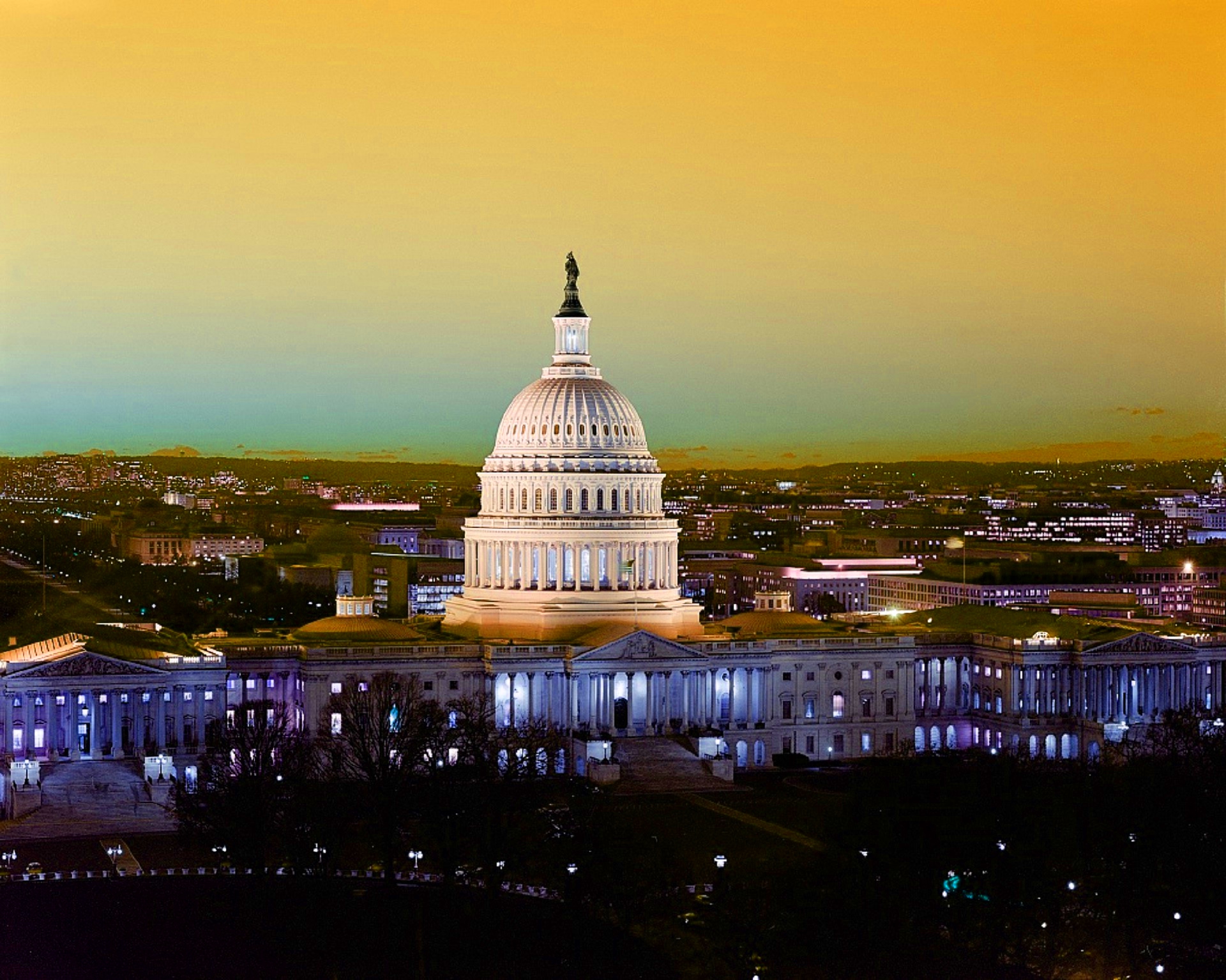 Brutal numbers for the incumbent: Just 36% of voters approving of the job Collins is doing, while 55% disapprove.

In the presidential race, Joe Biden leads Donald Trump, 53% to 42%.

Jonathan Bernstein: “Trump’s current approval numbers (as calculated by FiveThirtyEight) continue to grow more dismal by the month. His approval rating has gone from 45.8% on April 1, to 43.3% at the beginning of May, to 42.9% in early June, to 40.7% over the Fourth of July weekend. His disapproval has climbed steadily, from 49.7% on April 1 to 55.9% now. That’s a whopping 15.2 points underwater, and there’s just no way that a president is going to be re-elected with a solid majority thinking he has failed in office.”

Joe Biden is out with a new ad which draws a contrast with President Trump’s response to the coronavirus pandemic.

“In a crisis, it’s character that counts. We need a president who leads with faith, not fear. Who understands your pain because he’s lived through his own. Who knows it’s not about him, it’s about us. That’s Joe Biden.”

“Democratic U.S. Senate candidate Cal Cunningham will report raising $7.4 million in the second quarter of 2020, a figure that appears to be a record for Senate candidates from North Carolina in any quarter,” the Raleigh News  & Observer reports.

South Carolina U.S. Senate candidate Jaime Harrison (D) pulled in nearly $14 million in the second quarter of the year in his effort to defeat Sen. Lindsey Graham (R), setting a statewide fundraising record in the process, The Hill reports.

Utah Lt. Gov Spencer Cox (R), a farmer with a brand as a compassionate conservative, has bested former Gov. Jon Huntsman (R), who was seeking a third term, in the closely-watched Republican primary race for Utah governor, the Salt Lake Tribune reports.

“Senate Republicans could lose nearly half of the women currently in their caucus come November after recently making painstaking gains — the latest potential blow to the party in the Trump era,” Politico reports.

“Out of nine Senate GOP women serving, four face highly competitive races this year in Arizona, Maine, Georgia and Iowa. It’s a dynamic that exists in part because Republicans have had some success in chipping away at the gender gap in Congress: the Senate GOP currently has an all-time high of women after nearly doubling the number of women in its conference since 2016. House Republicans have also enhanced their recruitment efforts after seeing their ranks shrink in 2018.”

Said Hogan: “After this November election is over, regardless of who wins, there are a large majority of Americans who are completely convinced our political system is fundamentally broken, and they’re going to be looking for something different.”

“An anonymous group with ties to Republicans has just emerged with the apparent aim of targeting Senate candidate Kris Kobach of Kansas,” CNN reports.

“Kobach is an anti-immigration firebrand and voter-fraud crusader whose primary campaign has sparked fears among GOP leaders that he could jeopardize a seat crucial to keeping control of the chamber.”

Karl Rove expressed frustration with Donald Trump’s erratic messaging, arguing on Fox News that a recent pair of incendiary tweets represented yet another act of self-sabotage.

Said Rove: “The president has a limited number of days between now and the election. And when he tweets, it’s a powerful message. And the question is, does that message continue to advance the narrative that he and those around him decided that he would lay out on  at Mount Rushmore? And the answer is no, it didn’t.”

David Hopkins: “Biden hasn’t been as invisible a candidate as some critics claim, but his campaign activities during the pandemic have not generated much sustained attention. Because journalists do not find the very familiar Biden to be a particularly fruitful source of interesting stories, the national media has been focusing instead almost entirely on Trump, and Trump’s spiraling political problems, since the Democratic nomination wrapped up after Super Tuesday. The relative novelty of nearly every other major potential nominee—Sanders, Elizabeth Warren, Pete Buttigieg—would have attracted more coverage from the media and pulled the spotlight away from Trump much more frequently.”

“On the other hand, Biden’s current success surely reflects the sinking fortunes of Trump’s presidency more than any particular attribute or skill of his own. Even more than most, this election promises to serve as a referendum on the performance of the incumbent; perhaps any plausible Democratic nominee would have opened up a steady lead after the events of the past few months.”

Jonathan Bernstein: “I’m a fairly strong proponent of the idea that when an incumbent president is on the ballot, the out-party candidate doesn’t matter much, at least by Election Day.”

“Two individuals close to the president told the Daily Beast last week that they believe devoting so much time and energy to defending lifeless statues—a kick that started with sticking up for ones honoring racist dead Confederates—will likely fail to help rejuvenate his sagging 2020 campaign and close the wide polling deficits that former Vice President Biden has opened up.”

“Both sources independently said they intended to gently implore Trump to take a different approach. One of the sources said they had already told Trump in recent days that making statue fetishization a cornerstone of the re-election pitch amounted to a ‘distraction’ that wouldn’t help move the necessary votes into the president’s column by the election in November.”

Said one: “The question now is: Is the statue shit going to work?”

Stuart Rothenberg recalls the 1996 election when Republican campaigns to adopted a last-minute, new strategy to deny a re-elected Bill Clinton a “blank check.”

“To the dismay of Dole campaign strategists (who understood the new message amounted to an admission that their candidate had no chance), Republican operatives did embrace that ‘no blank check’ message… That strategy helped the GOP limit its losses to only three House seats and maintain control of the chamber. The party even gained two Senate seats, increasing its majority from 53-47 to 55-45.”

“With President Trump trailing badly now, it’s at least reasonable to ask whether a ‘no blank check’ strategy option is available to Republicans once again this year.”

Politico: “Intent on not repeating the mistakes of 2010 under then-President Barack Obama, the party is seizing on a once-in-a-decade opportunity to drive the redistricting process — and reverse the built-in advantage Republicans amassed over House district lines after the last census.”

“From Pennsylvania to Texas to Minnesota, cash-flush Democrats are working to win back legislative chambers needed to take control of drawing congressional maps — or at least guarantee a seat at the table. If they succeed, it would correct an Obama-era down-ballot shellacking that handed Republicans House control and resulted in the loss of more than 900 Democratic legislative seats.”

Dan Balz: “When 2 in 3 Americans now say they support the Black Lives Matter movement; when thousands upon thousands of Americans march in the streets of big cities and small towns; when the National Football League reverses its position on players’ kneeling during the national anthem; when Mississippi eliminates the Confederate symbol from its flag; there seems little question that for now, this is a materially different moment.”

“What will come of the gathering call for action? The civil rights movement produced landmark legislation, but black people continue to face discrimination in virtually all aspects of life. Economic gains for many black Americans are undeniable, yet huge disparities in jobs, housing, income and wealth still exist.”

“Under President Trump, who has used racist messaging continually as president and before, Republicans are ill-positioned to respond fully to the moment that has arisen this summer. The party is captive to his rhetoric and actions, which exacerbate rather than reduce tensions. A part of the GOP coalition has moved in a more progressive direction on issues of race, but overall the party is on the wrong side of public opinion and stymied as to how far it can go.”

“President Trump’s favored Senate candidate in Alabama, Tommy Tuberville, is known for his career as a college football coach. But he also had a brief stint as co-owner of a hedge fund. It did not go well,” the New York Times reports.

“A little more than a decade ago, after departing from Auburn University where he was head coach, Mr. Tuberville entered into a 50-50 partnership with a former Lehman Brothers broker named John David Stroud. Their ventures, which included TS Capital Management and TS Capital Partners — T for Tuberville and S for Stroud — turned out to be a financial fraud. Mr. Stroud was sentenced to 10 years in prison, and Mr. Tuberville was sued by investors, who accused him of fraud and violating his fiduciary duty to take care of their investments; he reached a private settlement in 2013.”

A new Axios-Ipsos poll finds partisanship is the main driver of behavior when it comes to concern about the virus, or use of face masks to contain the spread.

The Trump campaign will be providing face masks and hand sanitizer for all attendees at an upcoming rally Saturday in Portsmouth, New Hampshire,  Axios reports. The campaign said in an email on Sunday that attendees are “strongly encouraged” to wear the masks.

“The Republican National Convention in Jacksonville, Florida, will feature daily coronavirus testing for those attending the event, which will be centered on President Trump accepting the Republican nomination at a 15,000-person arena,” CNN reports.

Jonathan Swan: “If you want to understand the rhetorical roots of Trump’s Independence Day speech at Mount Rushmore, go back and watch Tucker Carlson’s monologues for the past six weeks.”

“Trump — or rather his speechwriter Stephen Miller — framed the president’s opposition to the Black Lives Matter protest movement using the same imagery Carlson has been laying out night after night on Fox.”

“As Joe Biden pushes ahead with his search for a running mate, Sen. Tammy Duckworth (D-Ill.) has quietly emerged as a serious contender, one of several developing dynamics as the search enters its final weeks,” the Washington Post reports.

“Duckworth is a Purple Heart recipient and veteran of the Iraq War, the only finalist with military combat experience — and as a woman of Thai and Chinese descent, one of several candidates of color under consideration. While she has a lower profile than some rivals, she is being taken seriously by Biden’s team, according to the people with knowledge of the search, one of whom said she has lately received strong consideration.”