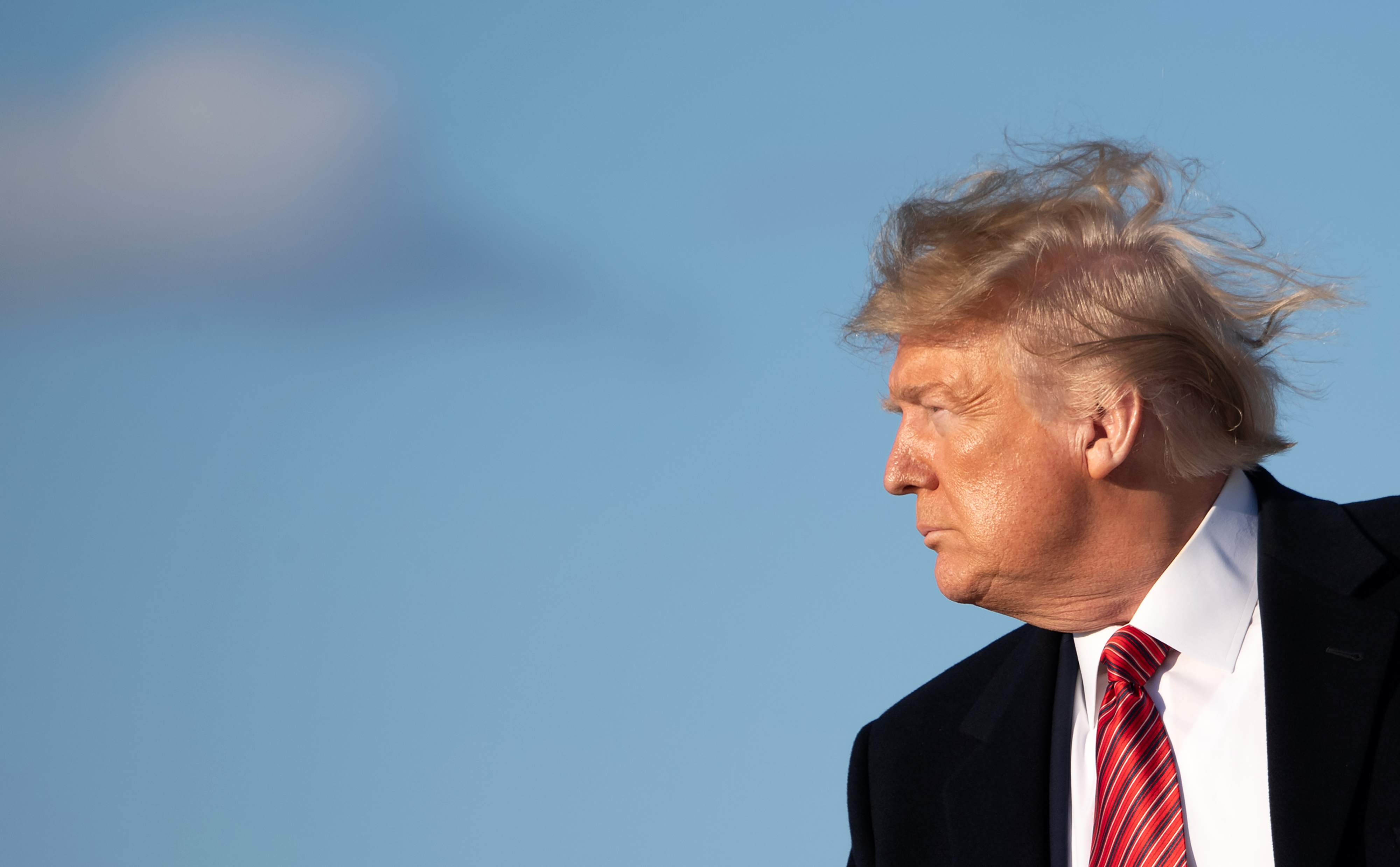 Gabriel Sherman: “Nervous Republicans worried about losing the Senate are now debating when to break from Trump. Trump campaign internal polls show Trump’s level of ‘strong support’ dropping from 21 to 17 points since last week, a person briefed on the numbers said. A source close to Iowa Republican Joni Ernst’s campaign said Ernst advisers are upset that a solid seat is now in play.”

Said one source: “Joni’s campaign is pissed. They should not be in a competitive race.”

“A Republican strategist close to Mitch McConnell told me that Republicans have Labor Day penciled in as the deadline for Trump to have turned things around. After that, he’s on his own.”

“Some of President Trump’s Republican allies are urging him to ditch his divisive messaging and outline a clear vision for a second term, fearing his handling of a series of crises has dimmed his re-election hopes,” Reutersreports.

“Speaking on condition of anonymity, allies said Trump was often his own worst enemy.”

Said one GOP ally: “He has to go back and become an acceptable president and then take the wood to Biden. People are even actually saying, ‘Does he want this anymore?’ Is he looking for an exit strategy?’”

“The United States is different. In nearly every other high-income country, people have both become richer over the last three decades and been able to enjoy substantially longer lifespans,” the New York Times reports.

“But not in the United States. Even as average incomes have risen, much of the economic gains have gone to the affluent — and life expectancy has risen only three years since 1990. There is no other developed country that has suffered such a stark slowdown in lifespans.”

“Why has this happened? There are multiple causes. But one big one is a lack of political power among the bulk of the population.”

Wall Street Journal: “New coronavirus cases in the U.S. rose above 50,000, a single-day record, as some states and businesses reversed course on reopenings and hospitals were hit by a surge of patients.”

“The U.S. accounts for about a quarter of more than 10.6 million coronavirus cases world-wide, according to data compiled by Johns Hopkins University. The nation’s death toll climbed above 128,000. Cases and hospitalizations are rising sharply in a number of areas.”

“It’s a stark reversal for the Republican governor… On June 3, Abbott issued an executive order banning local governments from imposing fines on people who don’t wear masks in public.”

Said Abbot in a video: “In short, we must do more to slow the spread without locking Texas back down.”

“The jobless rate fell to 11.1% in June as the U.S. regained 4.8 million jobs, but a recent coronavirus spike could hamper the labor market’s recovery,” the Wall Street Journal reports.

CNBC: “The numbers capture the move by all 50 states to get activity moving again after the virus seized up much of the U.S., particularly service-related industries. However, because the government survey comes from the middle of the month, it does not account for the suspension or rollbacks in regions hit by a resurgence in coronavirus cases.”

Speaker Nancy Pelosi (D-CA) needled President Trump on MSNBC over his assertion that allegations of Russian bounties on American soldiers is a hoax.

Said Pelosi: “He’ll say this is a hoax, and it’s a hoax that Russia is 24/7 trying to disrupt our elections like they did in 2016. He says that coronavirus is a hoax. The fact is, the president himself is a hoax.”

Ghislaine Maxwell, the British socialite and heiress who became a confidante of disgraced financier Jeffrey Epstein and was later accused of involvement in his alleged sexual crimes, has been arrested by the FBI, NBC New York reports.

“I worked at SDNY and did sex trafficking cases. They do not run out of Public Corruption — unless there is some potential angle against a public official.”

Associated Press: “The chairman of the Joint Chiefs of Staff has confirmed a report by the Associated Press that some of the service members who were mobilized to Washington, D.C., last month in response to civil unrest over the killing of George Floyd were issued bayonets.”

Former Republican presidential candidate Herman Cain was admitted to a hospital and is being treated for Covid-19, Newsmax reports. A photo shows Cain at President Trump’s rally in Tulsa with no face mask.

Cain also tweeted about President Trump’s July 4th celebration at Mt. Rushmore: “Masks will not be mandatory for the event, which will be attended by President Trump. PEOPLE ARE FED UP!”

Karma is a bitch. I hope all whining non-mask wearing bastards are given the same fate. The only shame is that Cain is receiving medical treatment. All non-mask wearers should be denied treatment for COVID-19. Let them die.

“The Department of Commerce is preventing the release of an investigation’s findings into whether it coerced the head of a federal agency into supporting President Trump’s erroneous claim that Hurricane Dorian would hit Alabama last year,” the New York Times reports.

“In a memo to Commerce Secretary Wilbur Ross, the inspector general, Peggy Gustafson, said that staff in his department had ‘thwarted’ the publication of her report.”

“A record 3.9 million firearm background checks were conducted in June, according to new FBI figures that underscore the sharp rise in US gun sales since the start of the coronavirus pandemic and civil unrest following the killing of George Floyd,” the Financial Times reports.

“The move is part of an aggressive push to staff the Pentagon with figures loyal to President Trump and with connections to ousted former National Security Advisor Michael Flynn that has been met with resistance across the river.”

Rep. Andy Biggs (R-AZ) called for the White House coronavirus task force to be disbanded “so that President Trump’s message is not mitigated or distorted,” Politico reports.

He said that Dr. Anthony Fauci and Dr. Deborah Birx “continue to contradict” Trump’s goal of reopening the economy.

ProPublica: “Trump supporters funded a private border wall on the banks of the Rio Grande, helping the builder secure $1.7 billion in federal contracts. Now the ‘Lamborghini’ of border walls is in danger of falling into the river if nothing is done, experts say.”

Leon Panetta told CNN that President Trump has “essentially gone AWOL from the job of leadership that he should be providing a country in trouble.”

Said Panetta: “This is a major crisis. But the president, rather than bringing together some kind of national strategy to confront this crisis, simply resorts to tweeting about vandalism and other things to kind of divert attention from the crisis that’s there.”

He added: “We have a president that is not willing to stand up and do what is necessary in order to lead this country during time of major crisis. I have never experienced a president who has avoided that responsibility.”

“The Supreme Court on Thursday dealt a significant blow to House Democrats’ efforts to have access to secret grand jury material from Robert S. Mueller III’s investigation of Russian interference in the 2016 election, saying it would decide next term whether Congress is authorized to see the material,” the Washington Post reports.

“The decision to hear the case next fall means the House Judiciary Committee cannot have access to the material before the election.”

“It is unlikely there could be a Supreme Court decision even before the end of the current congressional term in January.”