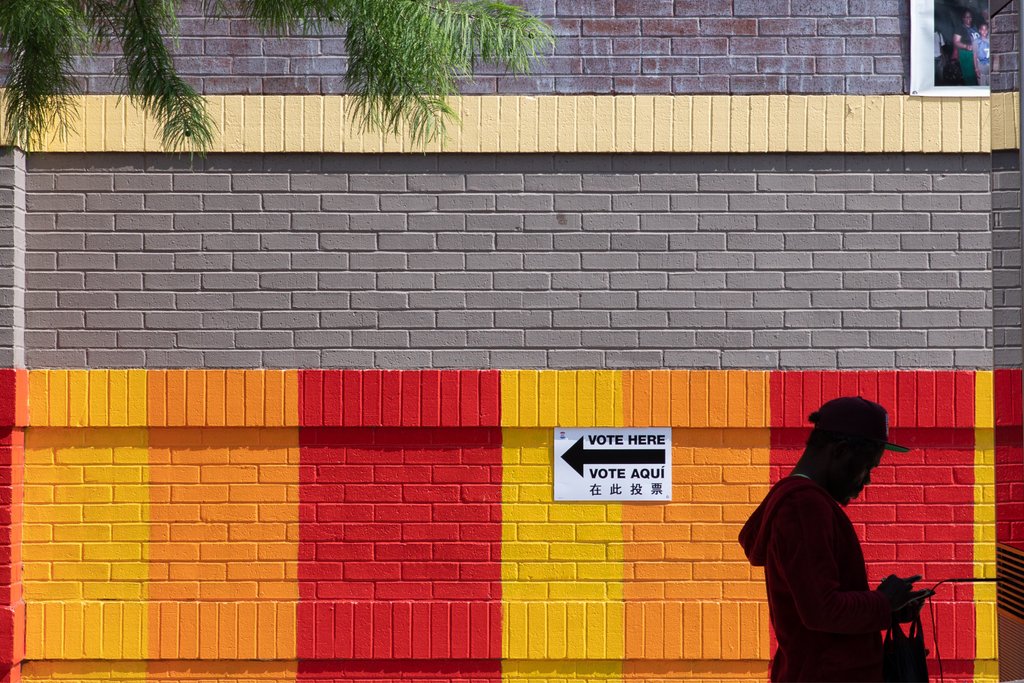 The poll found sinking voter optimism as well, with only a quarter of voters responding that the country is headed in the right direction, while 75 percent said things had “pretty seriously” gotten off on the wrong track — a record high for the Trump presidency.

Colorado Sun: “Boebert ran a campaign bashing Tipton for not being conservative enough and claiming she was the more Trump-friendly candidate despite the president’s repeated support of the congressman.”

“The Democratic Campaign Congressional Committee has called Colorado’s 3rd District a pickup opportunity, but hasn’t invested money there to back up that declaration… Now, with Tipton apparently out of the way, the DCCC was signaling Tuesday night that they are ready to step in.”

A new USA Today-Suffolk University poll asked whether people thought both President Trump and Joe Biden had “the right experience to be president.”

Despite actually being president for three and a half years, just 37% said that was true of Trump, while a whopping 67% said it was true of Biden.

“Joe Biden has picked up support among young people as marches against racism and police violence prompt new activism, even though many protesters said they aren’t enthusiastic about the presumptive Democratic nominee’s campaign,” the Wall Street Journal reports.

“A series of recent polls found the former vice president has expanded his lead over President Trump with younger voters, gaining among a demographic Mr. Biden lost to Vermont Sen. Bernie Sanders in the Democratic primary race.”

A new Gallup poll finds 34% of Americans, up from 27% a year ago, would prefer to see immigration to the U.S. increased. This is the highest support for expanding immigration Gallup has found in its trend since 1965.

Meanwhile, the percentage favoring decreased immigration has fallen to a new low of 28%, while 36% think it should stay at the present level.

The New York Times talks to the supporters President Trump has already lost.

Best quote is from Judith Goines, who voted for Trump in 2016: “I think if he weren’t such an appalling human being, he would make a great president, because I think what this country needs is somebody who isn’t a politician… I’m ashamed to say that I’ve voted for him.”

A new USA Today/Suffolk poll finds 72% of Democrats said that it was “somewhat” or “very important” that Joe Biden choose a woman of color to be his running mate, while just 26% said that it “not very” or “not at all” important.

“The officials, who include Cabinet secretaries and other senior people in the Bush administration, have formed a political action committee – 43 Alumni for Biden – to support the former vice president in his Nov. 3 race.”

“Oklahoma voters on Tuesday narrowly approved a ballot measure to extend Medicaid to tens of thousands of poor adults, making their state the first to expand government-backed health insurance during the pandemic,” Politico reports.

Jonathan Bernstein: “This will leave only 13 states that have failed to adopt it. Obamacare is only moderately popular, but the Medicaid expansion is simply a great deal for states, and most importantly it’s a one-way street: No state that has accepted it has since revoked it. So the most likely outcome is that, eventually, Wisconsin and North Carolina and Florida and even Texas will have some combination of circumstances that make it happen. And once they’ve added the expansion, the change will likely stick.”

“President Trump’s campaign has been trying to paint Joe Biden as a stooge for the far left. A new poll shows why it’s not working,” Politicoreports.

“Only 17% of registered voters perceive the former vice president as more liberal than most Democrats, according to a Politico/Morning Consult survey, while nearly two-thirds see him as in line with or more conservative than the party at large. The survey also found that a larger proportion of the electorate views Biden as moderate (23%) than see Trump that way (9%).”

“Senility is becoming an overt line of attack for the first time in a modern U.S. presidential campaign,” Axios reports.

“As President Trump ramps up insinuations that his general election rival is doddering, Joe Biden turned the tables on Tuesday, saying Trump ‘doesn’t seem to be cognitively aware of what’s going on’ with his own briefings about Russia and U.S. service members.”

Lauren Boebert’s (R) unexpected primary victory last night in Colorado “will probably lead Democrats to put more emphasis on the race to try to snatch a Republican seat. The winner of the Democratic primary was Diane Mitsch Bush (D), a former State House member who lost to Mr. Tipton in 2018,” the New York Times reports.

“Democrats immediately went on the attack against Ms. Boebert on Tuesday night for her refusal to disavow the QAnon conspiracy theory movement, which holds that ‘deep state’ traitors are plotting against Donald Trump.”

Said Boebert last month of QAnon: “I hope that this is real because it only means America is getting stronger and better, and people are returning to conservative values, and that’s what I am for.”

But two reporters at the press conference who spoke to the Daily Beast on the condition of anonymity said the campaign had not pre-screened questions.

Last year, the Republican National Convention began cutting checks to a former producer of NBC’s Celebrity Apprentice who was accused of having, as one contestant put it, “all the dirt” on Donald Trump, the Daily Beastreports.

“Labella is not just a former Apprentice bigwig. According to actor Tom Arnold, who was a contestant on the show and has since become a vociferous Trump critic, Labella was in possession of Trump’s ostensibly salacious—and, in political and media circles, long-sought—behind-the-scenes Apprentice outtakes.”

Said Arnold: “Chuck LaBella was there and knows all.”

“The Biden campaign and the Democratic National Committee late Wednesday reported that they together raised $141 million in June, for a total cash haul of $282.1 million for the quarter,” Politico reports.

“Both figures best Donald Trump and the Republican National Committee, which reported $131 million in June and $266 million during the second fundraising quarter of the year. The Trump campaign, however, reports it still has plenty sitting in the bank, with $295 million cash on hand. Democrats did not disclose that figure on Wednesday.”

“Online donors poured a record $392 million into campaigns and causes via ActBlue in June, a sign of surging activism and political enthusiasm on the left that smashed the previous monthly high, from just before the 2018 election, by a whopping 50 percent,” Politico reports.

“President Trump is set to hold a high-dollar dinner at a private residence in Hillsboro Beach, Florida next week to raise money for his campaign and the Republican National Committee,” the Washington Post reports.