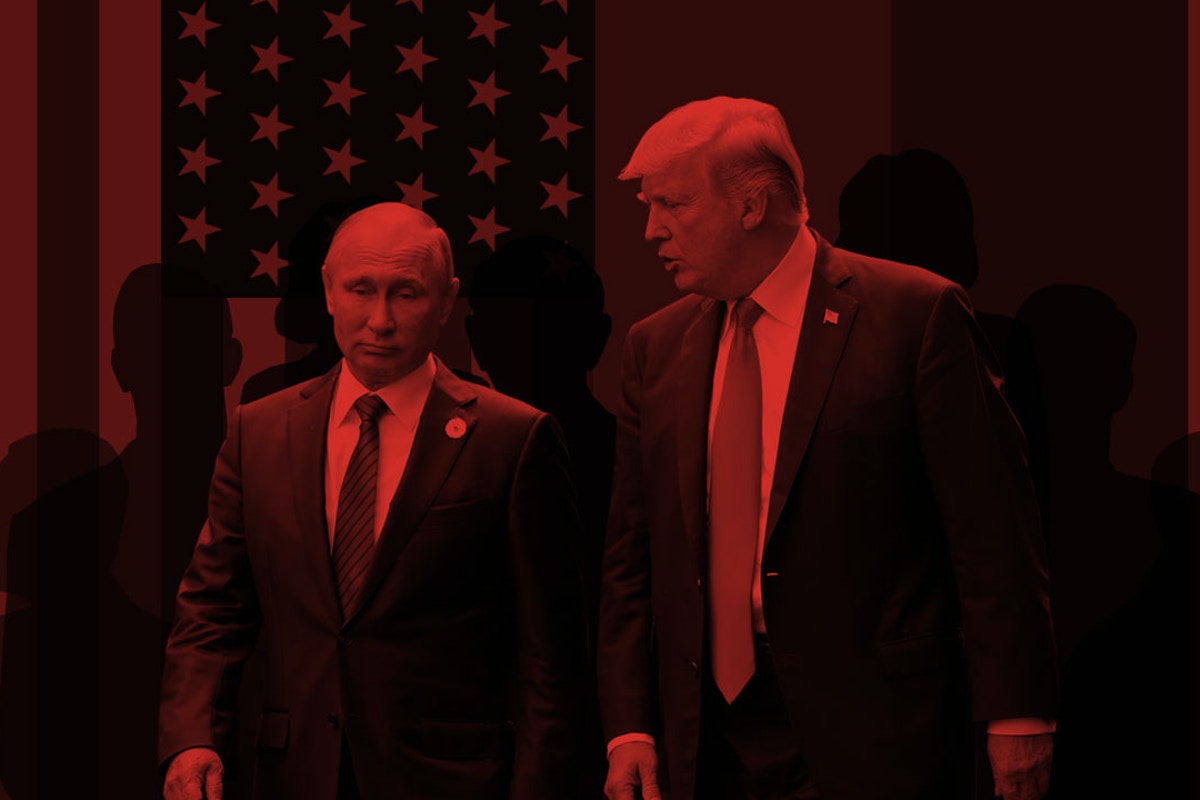 Late Friday, the New York Times reported that American intelligence officials have concluded that a Russian military intelligence unit secretly offered bounties to Taliban-linked militants for killing U.S. troops in Afghanistan. President Trump was briefed on the operation in late March. From the Times:

Officials developed a menu of potential options — starting with making a diplomatic complaint to Moscow and a demand that it stop, along with an escalating series of sanctions and other possible responses, but the White House has yet to authorize any step, the officials said.

An operation to incentivize the killing of American and other NATO troops would be a significant and provocative escalation of what American and Afghan officials have said is Russian support for the Taliban, and it would be the first time the Russian spy unit was known to have orchestrated attacks on Western troops.

Any involvement with the Taliban that resulted in the deaths of American troops would also be a huge escalation of Russia’s so-called hybrid war against the United States, a strategy of destabilizing adversaries through a combination of such tactics as cyberattacks, the spread of fake news and covert and deniable military operations.

On May 8, in a meeting with Republican lawmakers — more than five weeks after that briefing — Trump said this about Russia:

On May 30, Trump said he would invite Russia to the next G-7 meeting — over the objection of other member countries.

It seems impossible to keep up with the political news in the Trump era. But this story, if true, suggests a total betrayal of U.S. troops by the President of the United States. When I call President Trump a traitor, I literally mean it. He has allowed the slaughter of our troops by our greatest enemy. I wish nothing but death and destruction upon him.

CNN: “As he seeks to insert rival Joe Biden’s health into the presidential campaign, Trump has voiced escalating concern about how it would appear if he contracted coronavirus and has insisted on steps to protect himself, even as he refuses to wear a mask in public and agitates for large campaign rallies where the virus could spread.”

“When he travels to locations where the virus is surging, every venue the President enters is inspected for potential areas of contagion by advance security and medical teams, according to people familiar with the arrangements. Bathrooms designated for the President’s use are scrubbed and sanitized before he arrives. Staff maintain a close accounting of who will come into contact with the President to ensure they receive tests.”

Politico: “In the past few months, the Lincoln Project — a PAC with not much funding, as far as PACs go — has successfully established itself as a squatter in Trump’s mental space, thanks to several factors: members each boasting hundreds of thousands of social media followers, rapidly cut ads that respond to current events and a single-minded focus on buying airtime wherever Trump is most likely to be binging cable news that day, whether it’s the D.C. market or his golf courses across the country. And every time Trump freaks out — or every time the media covers his freakout — the Lincoln Project scores an incalculable amount of earned media, and millions of views online to boot.”

“But though the PAC has successfully caught Trump’s attention… Trump’s critics worry that the ads, as well cut and as troll-effective as they are, may not actually work to ‘prosecute the case’ against his re-election, as the group vowed to do back in December.”

I disagree. These complaints are obviously coming from the Democratic campaign consultant class, who are all being told by their clients that they suck compared to the Lincoln Project. And they do.

“A federal judge has ordered Roger Stone to report to prison July 14, granting him a two-week delay because of the coronavirus pandemic, but not the two months that President Trump’s confidant had requested with prosecutors’ assent,” the Washington Post reports.

Benjy Sarlin: “It can be argued that the degree to which in-person classes can return is the single biggest unanswered policy question of the crisis, with impacts on health, business and inequality and on elections for everything from president to county executive.”

“A botched reopening could have disastrous consequences that ripple across society at every level — and some experts are issuing warnings about just that scenario.”

A new New York Times/Siena poll finds 59% of voters, including 52% of white voters, believe the death of George Floyd at the hands of the police in Minneapolis was “part of a broader pattern of excessive police violence toward African Americans.”

The Black Lives Matter movement and the police had similar favorability ratings, with 44% of voters viewing the movement as “very favorable,” almost identical to the 43% rating for the police.

“The numbers add to the mounting evidence that recent protests have significantly shifted public opinion on race, creating potential political allies for a movement that was, within the past decade, dismissed as fringe and divisive. It also highlights how President Trump is increasingly out of touch with a country he is seeking to lead for a second term: While he has shown little sympathy for the protesters and their fight for racial justice, and has continued to use racist language that many have denounced, voters feel favorably toward the protests and their cause.”

In the hours before his rally in Tulsa, President Trump’s campaign directed the removal of thousands of ‘Do Not Sit Here, Please!’ stickers from seats in the arena that were intended to establish social distance between rallygoers, according to video and photos obtained by the Washington Post.

A new Pew Research survey finds that 61% of Republicans believe the worst of the coronavirus pandemic is behind us, while 38% say the worst is still to come.

In contrast, just 23% of Democrats say that the worst is behind us, while 76% say the worst is still to come.

Vice President Mike Pence has canceled his campaign trips to Arizona and Florida due to concerns over COVID-19 as the states experience spikes in coronavirus cases, NBC News reports.

Texas Tribune: “As the coronavirus pandemic engulfs Texas’ metropolitan areas, Republican Gov. Greg Abbott has left the door open for massive indoor gatherings. And organizers are moving forward with some big ones, including the Texas Republican party’s upcoming convention in Houston.”

“To be fair, we’ve thought the same thing about the United States since January 20, 2017.”

“President Trump’s transfer last year of $2.5 billion in military funds to pay for border wall construction was an illegal overreach of executive authority, a three-judge panel of the U.S. Court of Appeals for the 9th Circuit ruled Friday,” the Washington Post reports.

“The 2-to-1 ruling was a setback to the president’s increasing reliance on the Pentagon to finance hundreds of miles of new barrier along the Mexico border. Its long-term implications were less certain, as the Supreme Court ruled in Trump’s favor in a similar case last year and Friday’s decision affects only a portion of the funds the White House has budgeted for what has become one of the largest federal infrastructure projects in U.S. history.”

“Rather than protect U.S. jobs, Donald Trump’s restrictions on visas for foreign workers will encourage companies to move highly skilled roles to Canada, executives and immigration advisers on both sides of the border predict,” the Financial Times reports.