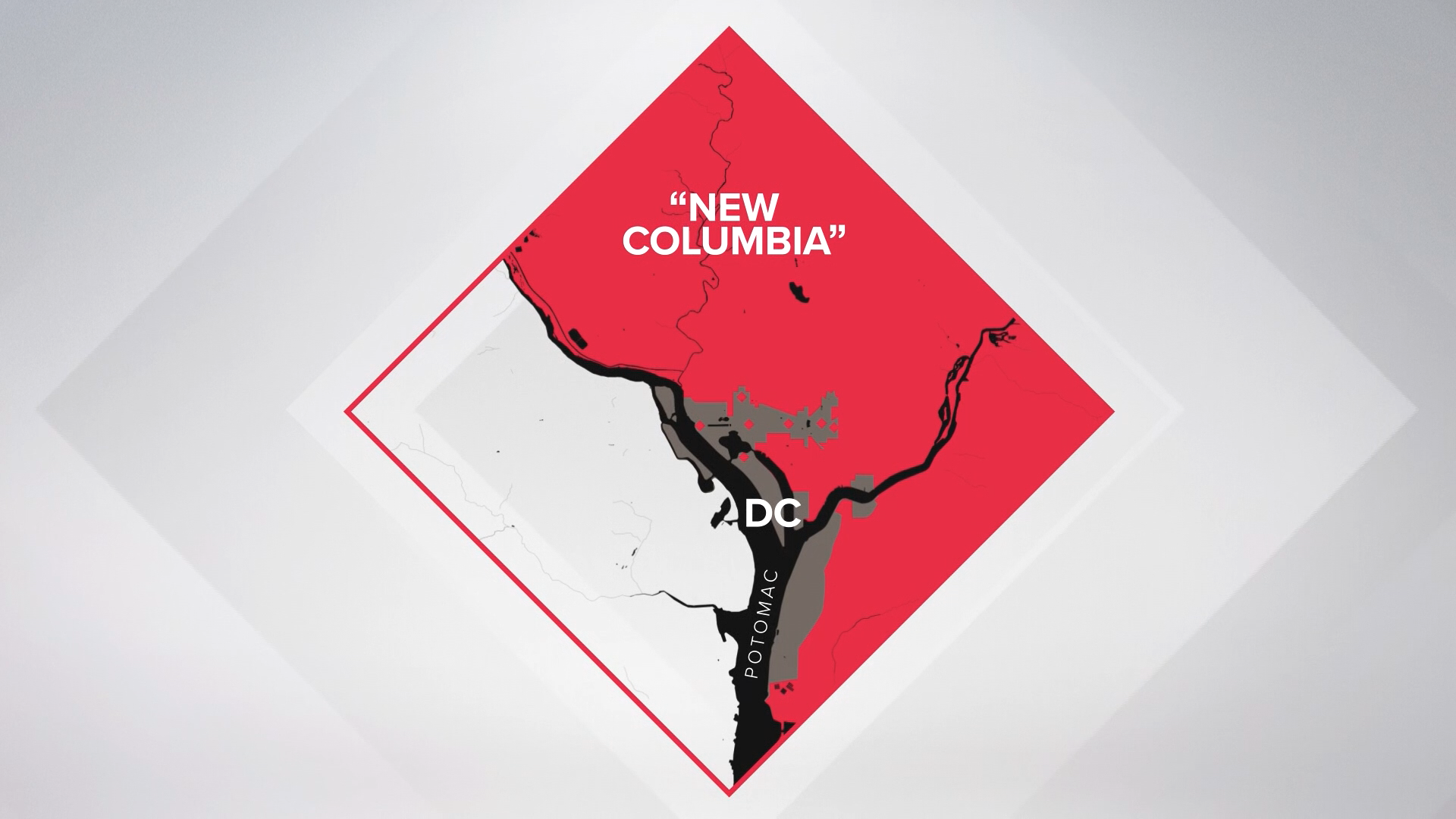 “For the first time since the establishment of the District of Columbia 230 years ago, the House of Representatives voted to declare the city as the nation’s 51st state, a legislative milestone that supporters say begins to right historic wrongs,” the Washington Post reports.

Every House Republican voted against the bill, and one Democratic congressman — Rep. Collin Peterson (D-MN) — also voted “no.”

Ezra Klein: “Trump has spent the past three years and 158 days playing president on TV and social media. But he has not spent that time doing the job of the president. A strong economy that carried over from Barack Obama’s presidency hid Trump’s dereliction of duties. But then a crisis came, and presidential leadership was needed, and the American people saw there was no plan, and functionally no president.”

“Every insider account of Trump’s presidency — from Michael Wolff’s Fire and Fury to Bob Woodward’s Fear to Carol Leonnig and Philip Rucker’s A Very Stable Genius to Anonymous’s A Warning to Omarosa Manigault Newman’s Unhinged to John Bolton’s The Room Where It Happened — has painted fundamentally the same picture: a chaotic, lawless administration orbiting around a reckless, distractible, corrupt, overmatched, and disinterested chief executive.”

“American intelligence officials have concluded that a Russian military intelligence unit secretly offered bounties to Taliban-linked militants for killing coalition forces in Afghanistan — including targeting American troops — amid the peace talks to end the long-running war there,” the New York Times reports.

“Islamist militants, or armed criminal elements closely associated with them, are believed to have collected some bounty money… Twenty Americans were killed in combat in Afghanistan in 2019, but it was not clear which killings were under suspicion.”

“The intelligence finding was briefed to President Trump… Officials developed a menu of potential options — starting with making a diplomatic complaint to Moscow and a demand that it stop, along with an escalating series of sanctions and other possible responses, but the White House has yet to authorize any step.”

American forces need to start shooting down Russian jets and sinking Russian ships at will.

“The Justice Department said the 2010 health law, a signature achievement of the Obama administration, is invalid because Congress in 2017 ended the financial penalty for not having health insurance, though it didn’t take effect until 2019.”

Playbook: “Democrats would love nothing more than to run against Republicans wanting to cut Americans’ health care benefits in the 2020 election.”

James Hohmann: “The Trump team’s core argument is that every Republican who voted for the tax cuts three years ago knowingly voted to destroy the 2010 law in its entirely, not just to get rid of the mandate that individuals buy health insurance. And, because the Supreme Court previously upheld the constitutionality of the law on the grounds that the individual mandate is a tax, Trump’s lawyers say that the whole system became invalid once Congress got rid of the penalty for not carrying health insurance.”

“The brief is full of little gifts like this to Joe Biden and Democrats who hope to ride his coattails down the ballot.”

Susan Glasser: “June began poorly for President Trump, and it’s ending worse. Despite his optimistic pronouncements about the coronavirus, the pandemic is surging across the American South and West. Trump’s poll numbers against Joe Biden are cratering. His former national-security adviser is selling a book that calls him a corrupt fool who’s unfit for office. The number of jobless Americans continues to climb. But, luckily, there are some things Trump can still count on—like the Fox News host Sean Hannity.”

“On Thursday night, with America deep in a crisis that shows no sign of easing, Trump appeared at a Fox News ‘town hall’ led by Hannity. It was a reassuringly safe space for the President. There was not a single mention of the terrifying spike of COVID-19 cases in Texas or Arizona or anywhere else. No one so much as alluded to the hundred and twenty-five thousand or so Americans who have already died from the disease. And Hannity—Trump’s close friend and confidant, who has been called his shadow White House chief of staff—refrained from citing the recent wave of national polls, including one by Fox, that show Trump losing to Biden by double-digit percentage points.”

“The U.S. saw a daily record of nearly 40,000 new coronavirus cases as a surge of infections continues to spread, surpassing an earlier peak in April following the initial outbreak,” the Wall Street Journal reports.

“Several states saw record daily highs, including Alabama, Texas, Idaho and Nevada. The surge in new infections is placing hospitals in California and Texas under growing pressure from an inundation of patients.”

“Over the last seven days, Florida has reported 29,163 new cases. That’s nearly a quarter of all the confirmed cases in the state so far.” In response, Florida just reversed course and shut down all bars.

Texas Gov. Greg Abbott (R) “took his most drastic action yet to respond to the post-reopening coronavirus surge in Texas, shutting bars back down and capping restaurant capacity at 50%,” the Texas Tribune reports.

“He also shut down river-rafting trips and banned outdoor gatherings of over 100 people unless local officials approve.”

Washington Post: How Arizona lost control of the epidemic.

“The European Union will bar most travelers from the United States, Russia, and dozens of other countries considered too risky because they have not controlled the coronavirus outbreak,” the New York Timesreports.

“The exclusion of the United States, an important source of tourism to the European Union, represented a stinging rebuke to the Trump administration’s management of the coronavirus scourge.”

“New York City has not reported an uptick in Covid-19 cases many feared would come from weeks of mass protests against police brutality,” Politicoreports.

“The city’s daily Covid-19 indicators — cases, hospitalizations and deaths — in June have steadily declined to levels last seen in early March, when the city had not yet shut down in anticipation of the first wave that killed more than 22,000 people.”

Paul Krugman: “I keep seeing statements to the effect that Americans were too impatient to stay the course, too unwilling to act responsibly. But this is deeply misleading, because it avoids confronting the essence of the problem. Americans didn’t fail the Covid-19 test; Republicans did.”

“After all, the Northeast, with its largely Democratic governors, has been appropriately cautious about reopening, and its numbers look like Europe’s. California and Washington are blue states that are seeing a rise in cases, but it’s from a relatively low base, and their Democratic governors are taking actions like requiring the use of face masks and seem ready to reverse their reopening.”

“So the really bad news is coming from Republican-controlled states, especially Arizona, Florida and Texas, which rushed to reopen and, while some are now pausing, haven’t reversed course. If the Northeast looks like Europe, the South is starting to look like Brazil.”

Peggy Noonan: “Something shifted this month. Donald Trump’s hold on history loosened, and may be breaking. In some new way his limitations are being seen and acknowledged, and at a moment when people are worried about the continuance of their country and their own ability to continue within it. He hasn’t been equal to the multiple crises. Good news or bad, he rarely makes any situation better. And everyone kind of knows.”

Some of us knew from the start, Peggy.

“George Nader, who was a key witness in the Russia investigation and informally advised President Trump’s team on foreign policy, was sentenced on Friday to 10 years in prison by a federal judge in Virginia, stemming from his convictions on child sex charges,” CNN reports.

“A Maryland man who organized rallies to pressure Gov. Larry Hogan to lift the state’s stay-home order says he has tested positive for the novel coronavirus, and does not plan to provide names of people with whom he had contact to public health officials for contact tracing,” the Washington Post reports.

Fine. Then he doesn’t get to be treated. He will be isolated at home and if he dies, he dies.