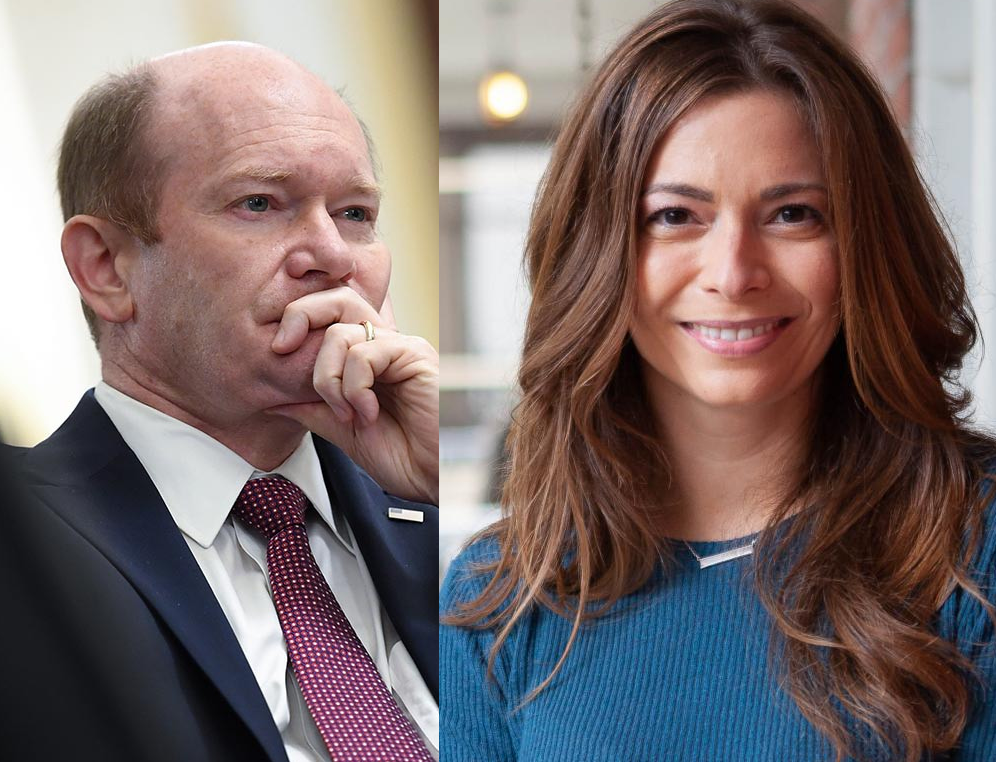 Senator Chris Coons (D) has a primary challenge from progressive activist Jess Scarane, his first since being elected in a special election against inane person Christine O’Donnell in 2010 and getting reelected to a full term in his own right in 2014.

At the outset of the race, I thought Scarane had a good chance of at least doing better against Coons than Kerri Evelyn Harris did against Senator Tom Carper in 2018. Then the Pandemic hit, essentially freezing all campaigns in place and severely limiting the lifeblood of any insurgent primary campaign: retail politics and canvassing. So my presumption was that Coons, and all incumbents facing primary challenges in Delaware this election cycle, would likely survive.

Then came the George Floyd murder and the resulting Black Lives Matter protests that have swept the nation. As El Somnanbulo over at Delaware Liberal says, this movement may change the calculus once again in favor of the challenger, if she can harness the movement to her electoral benefit: “I think she needs to get the insurgent protest movement to coalesce around her candidacy.  They are motivated, and if they vote, she could win.   She’s doing her part, although her campaign would do well to not alienate prospective supporters.”

Well, here comes proof that the good Senator may be just a little bit concerned that Scarane may be getting some traction in the race. In a Politico profile on how Senator Coons may play a key role in the Senate during a Biden Administration, Coons said that he won’t rule out getting rid of the filibuster.

Coons would play a critical role in shepherding the former vice president’s legislative priorities. “We’re going to have a real challenge being able to legislate,” Coons warned in an hourlong interview. “If we’re going to legislate durable solutions … we have to be having conversations now about what’s the path forward towards a healthier, more functional Senate.”

Coons is known for embracing the centrist, consensus-oriented politics that animate Biden, whose Senate seat he now holds. He’s hopeful that Republicans may be more willing to work with Biden than they did with President Barack Obama. But he also has no illusions about the state of the polarized Senate. And he insists Biden “is not naive.”

Unlike some of his colleagues on the left, Coons doesn’t advocate getting rid of the legislative filibuster. He once even led a letter against scrapping it. But he’s also not ruling it out.

“I will not stand idly by for four years and watch the Biden administration’s initiatives blocked at every turn,” Coons said. “I am gonna try really hard to find a path forward that doesn’t require removing what’s left of the structural guardrails, but if there’s a Biden administration, it will be inheriting a mess, at home and abroad. It requires urgent and effective action.”

So that’s movement. He would do well to move further, and just announce that he will scrap the archaic anti-democratic minority rule all together. But that might not be physiologically possible for him. And who knows if he even means it, or is just saying what he has to at this moment. But, I don’t think he would have said it unless he had a primary challenge.

7 comments on “The Scarane Primary Challenge has already paid dividends”