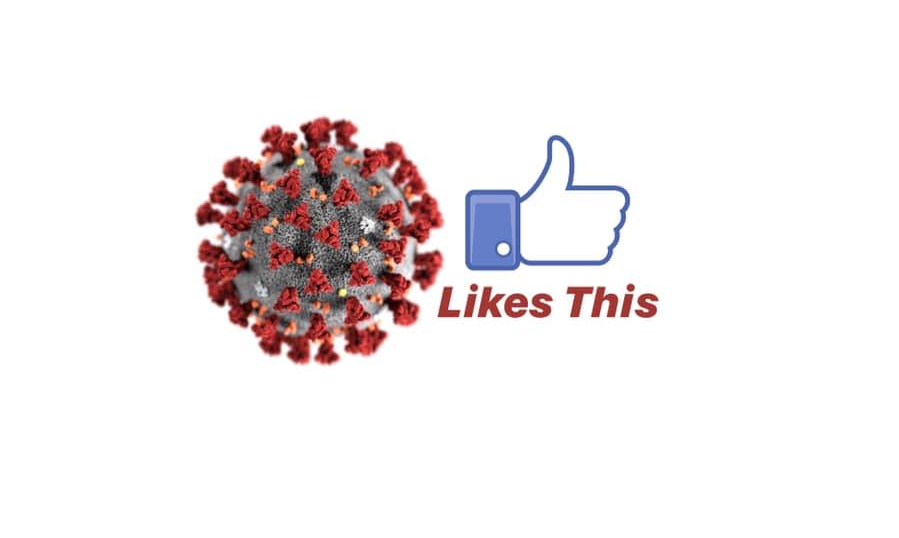 Fascist President Donald Trump threatened the “protesters, anarchists, agitators, looters or lowlifes” planning to gather at his Saturday rally in Tulsa that they “will not be treated like you have been in New York, Seattle, or Minneapolis.” Trump, who does not control local law enforcement, did not elaborate on what protesters might face, but promised that “It will be a much different scene!” Trump’s campaign and Tulsa officials expect more than 100,000 of his supporters to be in town for the rally. (Bloomberg / Politico / CNBC / The Hill / Axios / New York Times)

The mayor of Tulsa declared a civil emergency, imposing – but later rescinding – a curfew surrounding the arena where Trump will hold his campaign rally. In his executive order establishing a curfew through the weekend, Mayor G.T. Bynum cited the unrest that followed the death of George Floyd in Minneapolis last month. Trump later tweeted that the curfew would not be in place after speaking with the city’s mayor. Separately, the Oklahoma Supreme Court rejected a legal effort to stop Trump’s rally over health concerns. Residents and businesses filed the lawsuit over concerns that Trump’s campaign rally could worsen the coronavirus outbreak in the city. They demanded that the arena adhere to the CDC social distancing guidelines or that the event be canceled or postponed. (Associated Press / Washington Post / New York Times / USA Today)

The Trump campaign hasn’t distributed a “health and safety” plan for preventing the spread of the coronavirus at Trump’s rally in Tulsa on Saturday. A spokesperson for the 19,000-seat BOK Center said the venue requested that the Trump campaign provide them with “a written plan detailing the steps the event will institute for health and safety, including those related to social distancing” so it can share the plan with local health officials. The campaign has not provided the plan, but did previously commit to supplying rally-goers with masks and hand sanitizer. The campaign, however, will not require attendees to wear masks or keep attendees six feet apart or require social distancing. Attendees, however, are required to sign a waiver absolving the campaign and venue of liability if they contract COVID-19.(Washington Post / Business Insider)

“A federal judge on Friday appeared disinclined to issue a restraining order reining in publication of John Bolton’s explosive memoir, but expressed deep doubts about the former national security adviser’s decision to unveil the book to the public without official confirmation that it was free of classified information,” Politico reports.

President Trump just stared in silence when CBS News asked him why he keeps hiring “wackos” and “liars,” his own label for former national security adviser John Bolton.

President Trump handed out this chart showing him performing better then Senate Republicans in their home state primaries — a not so subtle threat that they shouldn’t back away from him.

“President Trump will spend time in Yuma to survey the border wall before his scheduled appearance in Phoenix next week,” KTAR reports.

“The Navy has decided to uphold the firing of Capt. Brett Crozier, the former commanding officer of the aircraft carrier USS Theodore Roosevelt who was relieved of duty after raising the alarm about a Covid-19 outbreak on his ship in March,” Politico reports.

John Cassidy: “New York’s comeback is a testimony to the heroic efforts of health professionals, E.M.T. employees, transit workers, delivery-truck drivers, and equally essential workers in supermarkets, warehouses, and other places—many of them poorly paid—who kept the stricken city and state going through its darkest days and nights. Cuomo and de Blasio, after some critical early missteps, also deserve credit for sticking at it, as do ordinary New Yorkers who obeyed the stay-at-home orders and wore masks when they became available.”

“The key point is that it took a monumental and community-wide effort to limit the official death toll to fewer than twenty-five thousand statewide… The experiences of New Jersey and Massachusetts were similar. Now, as case counts rise alarmingly in other parts of the country, there is every reason to suppose that these places will need similarly comprehensive efforts to prevent a disaster from occurring. At the moment, though, particularly in parts of red America, a combination of poor leadership, public exhaustion, and right-wing politics is greatly hampering an effective response.”

The Economist: “State tax revenues in the United States collapsed in April, falling on average by half, according to the Urban Institute, a think-tank. Demands on spending soared because the states are responsible for much of America’s spending on public health, unemployment and policing. By some calculations, state-budget deficits will reach a quarter of revenues in the coming fiscal year—or would do, if most states had not bound themselves by law to run balanced budgets.”

“So instead of vast deficits, the states will have to make savage cuts to public services in the midst of a recession and pandemic. Through no fault of their own, their budgets are out of control and are about to hit the buffers.”

With no apparent self awareness, former acting White House chief of staff Mick Mulvaney, whom Trump hired, acknowledged that Donald Trump “didn’t hire very well” in the earlier stages of his presidency, specifically noting his poor working relationships with administration officials who had ties to the military, Politico reports.

Said Mulvaney: “If there was one criticism that I would level against the president, it is that he didn’t hire very well. He did not have experience at running government and didn’t know how to put together a team that could work well with him.”

“As coronavirus cases surge in states across the South and West of the United States, health experts in countries with falling case numbers are watching with a growing sense of alarm and disbelief, with many wondering why virus-stricken U.S. states continue to reopen and why the advice of scientists is often ignored,” the Washington Post reports.

Said Siouxsie Wiles, an infectious-diseases specialist at the University of Auckland: “It really does feel like the U.S. has given up.”

She added: “I can’t imagine what it must be like having to go to work knowing it’s unsafe. It’s hard to see how this ends. There are just going to be more and more people infected, and more and more deaths. It’s heartbreaking.”

New York Gov. Andrew Cuomo said that he’s considering imposing a quarantine on travelers arriving in the state from places like Florida where coronavirus cases have spiked, CNBC reports.

Said Cuomo: “I haven’t made a decision yet, but I have had experts advise me of that. It is a real concern… It could happen, and it’s something I’m considering.”

Wall Street Journal: “Early coronavirus testing data from a handful of U.S. cities and states suggest that recent protests against racial injustices haven’t yet led to a marked uptick in new cases. Public-health officials warn that the data is still preliminary, however, and protest-related cases could still rise.”

An intelligence report is warning law enforcement and public safety officials that a far-right extremist movement known as “boogaloo” may be setting its sights on the nation’s capital, Politico reports.

From the report: “The District is likely an attractive target for violent adherents of the boogaloo ideology due to the significant presence of US law enforcement entities, and the wide range of First Amendment-Protected events hosted here.”