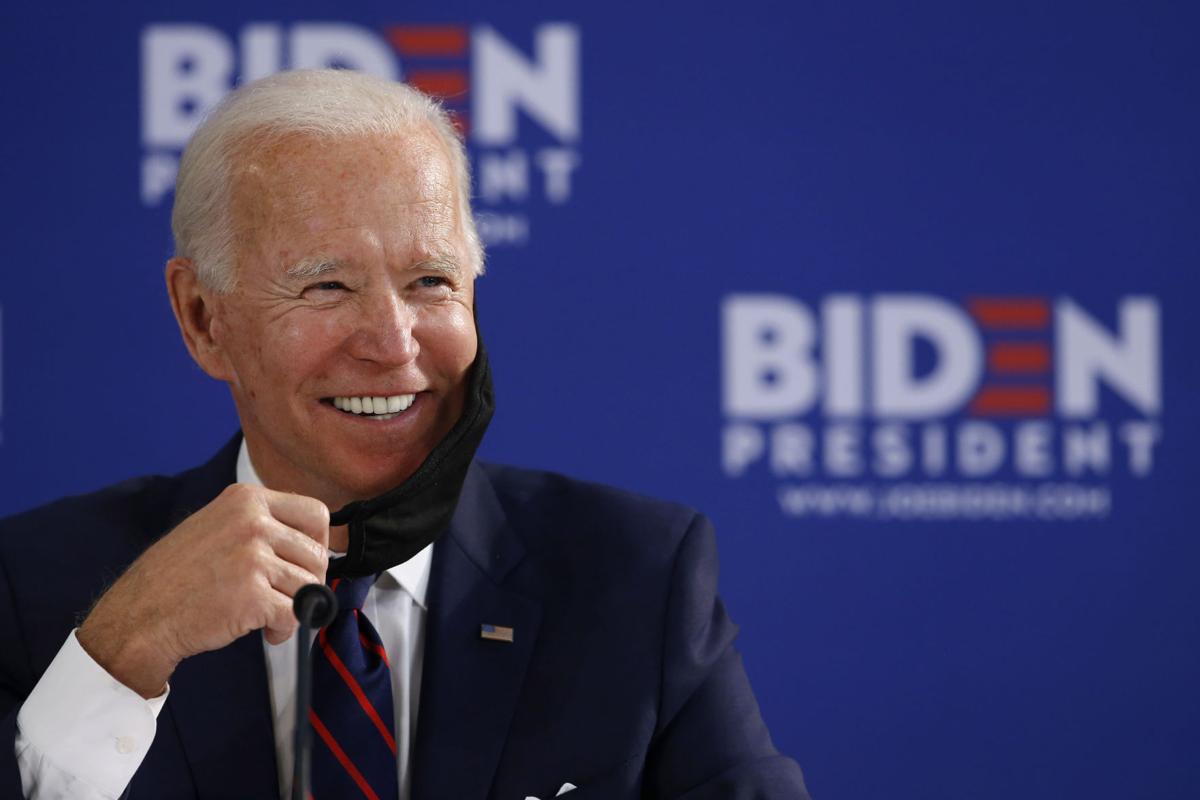 Moreover, amid the COVID-19 pandemic and nationwide protests against police brutality, more voters see Biden as empathetic and respectful. Forty-seven percent say the phrase “cares about people like me” describes Biden compared to 37 percent who say it fits Trump.

FiveThirtyEight launched its polling averages for the 2020 presidential race: “Biden currently leads Trump 50.5% to 41.3% in national polls, according to our average — a 9.2-point lead.”

“Biden also leads Trump in swing states such as Michigan, Wisconsin and  Arizona — although his lead in many swing states are not as wide as his margin in national polls, suggesting that the Electoral College could once again favor Trump in the event of a close election.”

A new ad from the Lincoln Project attacks President Trump for getting “rolled” by China and its powerful President Xi Jinping.

A new AP-NORC poll finds just 24% of Americans say the country is headed in the right direction, down from 33% a month ago and 42% in March.

“Trump’s overall approval rating during this moment of tremendous upheaval sits at 39%. Though that’s down slightly from the 43% who approved of his job performance in February and March, it’s well within the narrow range where his ratings have stayed throughout his time in office. That suggests that the president’s most enthusiastic supporters have remained loyal throughout the pandemic and other crises.”

Amy Walter: “Even when times were better for Trump, polling suggests he has failed to make much — if any — improvement from his 2016 performance in key battleground states. This is especially relevant given that Trump won six states — Arizona, Florida, Michigan, North Carolina, Pennsylvania and Wisconsin — with less than 50 percent of the vote. Without a significant third-party candidate or candidates on the ballot this year, getting a plurality of the vote will not be good enough to win a state. Biden doesn’t need to win all of these states to win. He just needs a combination of three of them to get to 270.”

The winner of next week’s primary will face Senate Majority Leader Mitch McConnell (R) in November.

Dr. Samantha Whiteside, a Tulsa emergency physician, writing in Tulsa World: “As a physician, my oath is to do no harm, and to sit silently on this matter feels wrong. I was raised in a conservative, pro-life, Southern Baptist household and continue to have these values today with my own family.”

“It’s not about President Trump. For me, it doesn’t matter if the rally is for a Republican, Democrat or Queen Elizabeth herself. It’s a terrible idea.”

“President Trump’s campaign plans to turn this weekend’s Tulsa rally into a massive pro-Trump festival complete with musical acts, and it’s flying in high-profile backers and camera crews to show the world the fervency of his supporters,” Axios reports.

“Organizers are leasing a jet to fly in surrogates the night before and multiple film crews are being brought in to record the event… Watch for these scenes to be quickly converted into TV ads.”

A new Monmouth poll finds 59% of Democratic primary voters believe having a woman of color as Joe Biden’s running mate would increase the ticket’s chances of victory. Just 5% say such a pick would make a Democratic win less likely, 16% say it would make no difference and 20% are not sure.

Said pollster Patrick Murray: “Voters are not the best strategists, but the nominee has to be attentive to his base. And a lot of Democratic voters think having a woman of color on the ticket would be a home run.”

Cook Political Report: “Montana is the toughest state on paper for Democrats when we look solely at the presidential numbers. Still, it’s been clear for a while that this race is shaping up to be a unique battle between two well-liked Montanans (who both just happen to be named Steve), making it the most glaringly competitive race we’ve had in the Lean Republican column for the past few months. Several indicators now merit a more competitive rating, and therefore we are moving this race to Toss Up.”

“Despite the Trump campaign’s early hopes that it could expand the Electoral College map from 2016, the president has so far advertised in the same six states where Mr. Biden is going up with ads, along with Iowa and Ohio, two states that Mr. Trump won more comfortably in 2016 and that were not initially expected to be crucial 2020 swing states.”

“Florida Gov. Ron DeSantis (R) took steps to help localities prepare for what could be high voter turnout this year, but stopped short of extending early voting or letting counties consolidate polling places in the battleground amid signs that President Trump’s disparagement of mailed ballots could be resonating with Republican voters,” Politico reports.

“DeSantis called on schools to close during the August primary and November general election to make room for what might be record voter turnout. He also issued an executive order that makes it easier for state employees to work at the polls on Election Day.”

Politico: “Nearly two years after boasting that his gut tells him ‘more sometimes than anybody else’s brain, President Trump is ditching his go-it-alone approach — hoping the instincts and experiences of seasoned Republican players can help reinvent his 2020 campaign before it’s too late…”

“To rectify worrisome poll numbers, the campaign has turned to veteran Republican strategist Karl Rove… and others for help corralling party veterans who have soured on Trump.”

“The House’s highest-ranking Republicans are racing to distance themselves from a leading GOP congressional candidate in Georgia after Politico uncovered hours of Facebook videos in which she expresses racist, Islamophobic and anti-Semitic views,” Politico reports.

“The candidate, Marjorie Taylor Greene, suggested that Muslims do not belong in government; thinks black people ‘are held slaves to the Democratic Party’; called George Soros, a Jewish Democratic megadonor, a Nazi; and said she would feel ‘proud’ to see a Confederate monument if she were black because it symbolizes progress made since the Civil War.”

Greene is also the QAnon follower who beat her closest primary opponent by more than 20%.