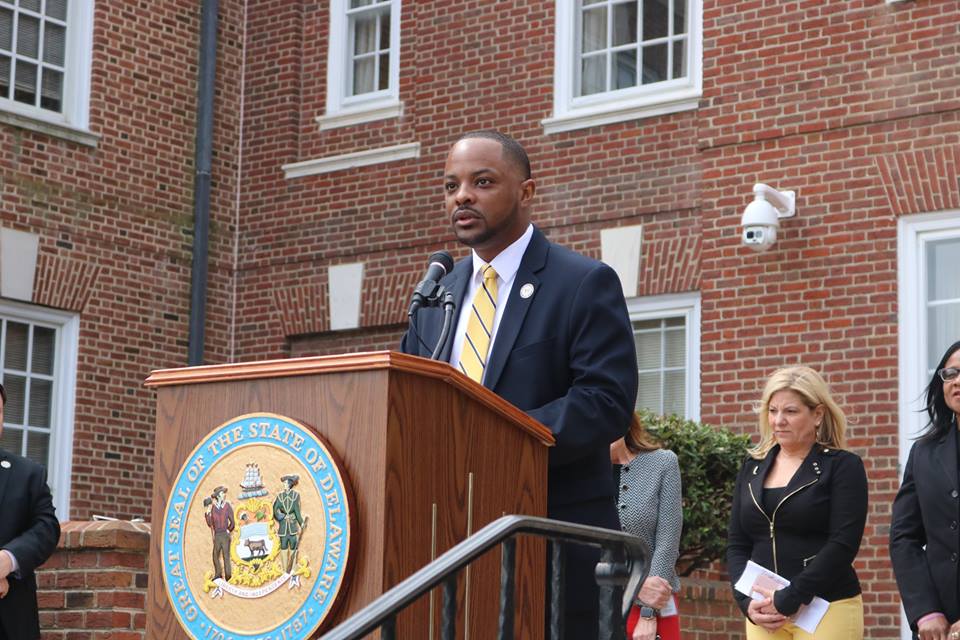 The State Senate today unanimously passed Senate Bill 191, the first step in amending the Constitution of the State of Delaware so that discrimination based on race, color or national origin is prohibited. I know, I can’t believe it took until 2020 to get this into our Constitution either, but Delaware is not alone. Only 15 states have added a provision to their state constitution that prohibits the denial or abridgment of equal rights under the law based on race, color, or national origin. I suppose many are going to correct that oversight shortly.

Now, it’s not like discrimination based on race was legal in Delaware. Indeed, equal protections under the law are already guaranteed in Delaware under the 14th Amendment to the U.S. Constitution, but their absence from Delaware’s and other state’s Constitutions is a glaring omission.

For this amendment to become law, it must pass the House by a two thirds majority vote, and then it must pass both Houses again in the next session of the General Assemly 2021-22 session.

“Dismantling systemic racism in Delaware must begin with our founding document from which all other laws in our state are derived,” said Senator Darius Brown, chairman of the Delaware Legislative Black Caucus and the prime sponsor of SB 191.

“Once this process is complete, our Constitution will state clearly, once and for all, that all people – no matter their skin color and no matter their backgrounds – are guaranteed the basic rights and dignity that have been promised to us for generations,” said Brown, the second Black man elected to the Delaware Senate. “America’s original sin can only be addressed through acts of social justice and this is only the first step in the long road to redemption that lays ahead.”

“As a lifelong Delawarean, I have a great understanding of the history of our state,” said Rep. Sherry Dorsey Walker, D-Wilmington, the lead House sponsor of SB 191. “We are now one step closer to inclusion for Blacks in seeking Justice For All. I am proud to serve at a time when we can make the changes, about which our ancestors dreamed.”

“With today’s bipartisan passage of Senate Bill 191, the members of this body made a clear constitutional commitment to enhancing and expanding equality of rights to all Delawareans regardless of race, color or national origin,” said co-prime sponsor Senator Ernesto B. Lopez, R-Lewes.  “This vote reflects a call to action, which we have heard across our state and around our nation, as we listen with humility and work together to achieve the more perfect union this generation demands and future generations of Delawareans deserve.”

SB 191 is now in the House Administration Committee and will likely get a vote soon.