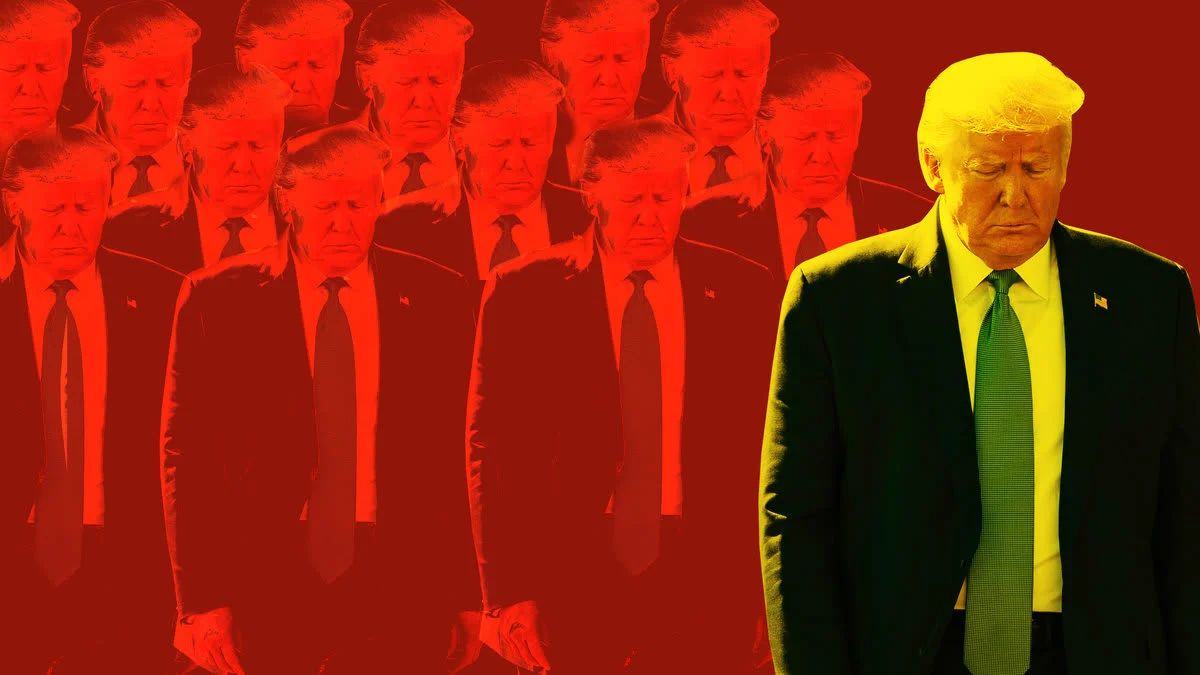 The Guardian: “Donald Trump faced renewed criticism on Tuesday for what critics said was a “woeful” attempt at police reform that failed to address systemic racism and fell far short of the demands of Black Lives Matter activists seeking fundamental change.

The US president issued an executive order that would discourage police from using chokeholds, unless the officer thinks his or her life is at risk, which means there is no ban on using chokeholds; and create a national database for police misconduct.

But while Trump’s remarks in the White House Rose Garden began with a sombre list of African Americans killed by police, they soon turned into something resembling a campaign speech, touting the stock market and retail sales and arguing “school choice” is the civil rights cause of our time.

“Vice President Mike Pence encouraged governors on Monday to adopt the administration’s claim that increased testing helps account for the new coronavirus outbreak reports, even though evidence has shown that the explanation is misleading,” the New York Times reports.

“In fact, seven-day averages in several states with outbreaks have increased since May 31, and in at least 14 states, the positive case rate is increasing faster than the increase in the average number of tests.”

“House Majority Leader Steny Hoyer (D-MD) has chosen June 26 to hold the first floor vote in a generation on D.C. statehood, hoping to harness a national reckoning on race and capitalize on widespread outrage over the federal response to street protests in the nation’s capital,” the Washington Post reports.

“Officials expect legislation making the District the 51st state to pass the House of Representatives with an overwhelming majority of Democrats, which would be a watershed moment for pro-statehood activists and the first time in U.S. history that either chamber of Congress has advanced a statehood bill.”

“However, Senate Majority Leader Mitch McConnell (R-Ky.) strongly opposes D.C. statehood and has said the legislation would not get a vote in the Senate as long as he’s in charge.”

Pastor Louie Giglio said that white Americans understood “the curse that was slavery” but that they “miss the blessing of slavery—that it actually built up the framework for the world that white people live in and lived in.”

Two Justice Department officials — including one of the career prosecutors who quit the Roger Stone case — have agreed to testify under subpoena before the House Judiciary Committee next week about politicization under Attorney General William Barr, setting up a likely fight with the department about what they will be permitted to say, the Washington Post reports.

Said Powell: “Until the public is confident that the disease is contained, a full recovery is unlikely… If not contained and reversed, the downturn could further widen gaps in economic well-being that the long expansion had made some progress in closing.”

The U.S. was once the world’s most competitive economy. Under Donald Trump it has fallen to 10th in a new ranking, Bloomberg reports.

“The Trump administration is preparing a nearly $1 trillion infrastructure proposal as part of its push to spur the world’s largest economy back to life,” Bloomberg reports.

“A preliminary version being prepared by the Department of Transportation would reserve most of the money for traditional infrastructure work, like roads and bridges, but would also set aside funds for 5G wireless infrastructure and rural broadband.”

“African-Americans have taken leadership positions in numerous large police departments across the country over the past 20 years. Still, nationwide, the number of black officers has stayed steady at about 11%.”

North Korea has blown up a joint liaison office used for talks between itself and South Korea, the latest sign that ties between the two longtime adversaries are rapidly deteriorating, CNN reports.

“Federal watchdogs are asking lawmakers for help after Trump administration legal rulings appeared to sharply limit their ability to monitor more than $1 trillion in coronavirus relief programs — including huge payouts to protect businesses threatened by the pandemic,” Politicoreports.

“In a two-page letter to several House and Senate committees last week, but disclosed for the first time on Monday, the inspectors general responsible for coronavirus relief oversight said an ‘ambiguity’ in the main coronavirus response law — the CARES Act — allowed administration officials to sharply limit how much of the law’s spending requirements they must collect and report.”

“President Trump is defying Tulsa’s top public health official by pressing ahead with a massive indoor political rally there. Scores of his aides have been reporting to work in their office cubicles at his campaign headquarters. Virtually nobody around the president — neither White House staffers nor Secret Service agents — regularly wears a mask anymore. And social distancing is a thing of the past,” the Washington Post reports.

“To observe Trump and his entourage this month as he prepares to resume normal campaign activity coast to coast could lead one to conclude that the coronavirus pandemic is over.”

“In reality, the virus continues to ravage the United States and is fast spreading in some midsize and small cities that avoided bad outbreaks this spring. Recent spikes in coronavirus cases have been recorded in Arizona, Florida, North Carolina, Texas and Oklahoma — all states where Trump has said he plans to soon hold campaign rallies.”

In a long-awaited report, an investigation conducted on behalf of the National Oceanic and Atmospheric Administration found that agency leadership violated its scientific integrity policy through actions that led to the release of a statement that backed President Trump’s false statement about the path of Hurricane Dorian, the Washington Post reports.

The scandal over the forecast for Hurricane Dorian has come to be known as “Sharpiegate,” after President Trump modified a NOAA forecast map shown in an Oval Office briefing to depict the storm threatening Alabama.

Washington Post: “Over the past week and through Monday, Fox News’s prime-time shows have repeatedly shown clips of violence from the end of May — often the same clips, over and over — to depict chaos and terror gripping the streets of the country. As protesters in Seattle took control of a few blocks in that city, it was blended with the scenes of violence from last month to continue the same narrative. Cities are collapsing — and the left is to blame.”

Said Sean Hannity: “Protests continuing across the country. Anarchy, lawlessness reign supreme in Seattle. The police precinct there has been abandoned by city officials. Another precinct in Minneapolis was burned to the ground just a few weeks ago in riots that had nothing to do with the honor or memory of George Floyd.”

“All of it was blended together — and not subtly. From June 8 through June 15, the three Fox prime-time shows showed video clips from violence in late May nearly two dozen times during the hosts’ opening monologues alone — including as Hannity spoke about Minneapolis on Monday.”

Sen. John Thune (R-SD) told The Hill that it is time to discuss renaming military bases named after Confederate figures and signaled that he is open to talking about changing the names.

Said Thune: “I think you reevaluate, given the timing and circumstances and where we are in the country, who we want to revere… by naming military installations and other national monuments. And so I think you have to periodically take a look at that and, in this case, it’s perhaps time to do it.”