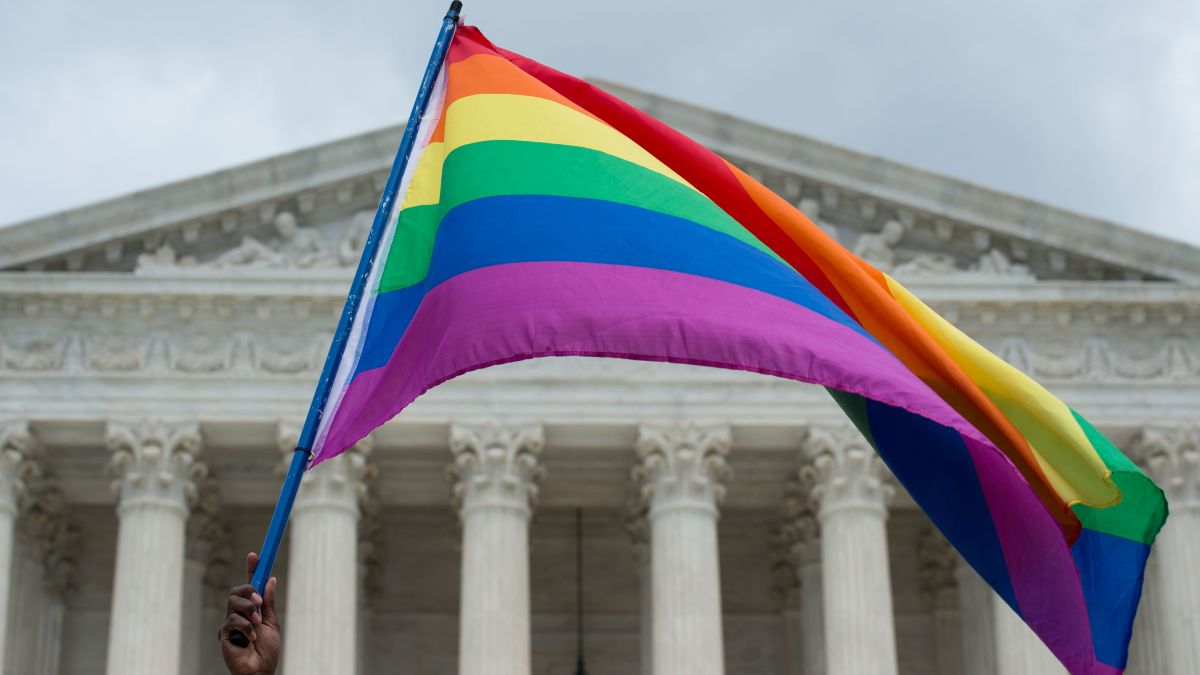 “The U.S. Supreme Court ruled Monday that existing federal law forbids job discrimination on the basis of sexual orientation or transgender status, a major victory for advocates of gay rights and for the nascent transgender rights movement — and a surprising one from an increasingly conservative court,” NBC News reports.

“President Trump said he plans to cut the number of U.S. troops stationed in Germany to 25,000, until Angela Merkel’s government increases its defense spending,” Bloomberg reports. Said Trump: “Germany’s delinquent. They’ve been delinquent for years. They owe NATO billions of dollars and they have to pay it.”

He added: “Until they pay, we’re removing a number of our soldiers, by about half.”

That’s not how NATO works. Germany is not delinquent. In fact, Germany pays its fair share.

President Trump told reporters that his former national security adviser John Bolton will have a “very strong criminal problem” if he proceeds with publishing his tell-all book on June 23, calling it “highly inappropriate,” Axios reports. He added: “I will consider every conversation with me as president to be highly classified.”

More: “If this guy is writing things about conversations or about anything — and maybe he is not telling the truth. He’s been known not to tell the truth, a lot.”

“Just a week before the much-awaited book by President Trump’s former National Security Advisor John Bolton is set to go on sale, the Trump administration is expected to file a lawsuit in federal court seeking an injunction to block the book from being released in its current form,” ABC News reports.

George Conway: “Imagine the book Bolton could have written had he testified. Not only could he have told the story of Trump’s malfeasance, but he also could have depicted his own courage in coming forward, along with the possibly dramatic consequences. He might have changed history — and could have told that story firsthand. That would have been a blockbuster for the ages. John Dean’s Blind Ambition spent six months on the New York Times bestseller list, and copies of its 40th anniversary edition remain available for purchase. Had Bolton been motivated purely by profit or even simple self-aggrandizement, he could have maximized both by testifying…”

“The only way to make sense of Bolton’s behavior is to recognize that he actually did intend and expect to testify. He wanted to testify, but wanted to appear to be forced to do it. Perhaps he thought that, as a reluctant witness, he’d be less open to being caricatured as a disgruntled, discharged adviser, and his credibility would have been enhanced. So he insisted on a court order to appear before the House.”

“But Bolton made one fateful misjudgment. He overestimated the character, honor and patriotism of Senate Republicans.”

“If we stop testing right now, we’d have very few cases, if any.”

— President Trump, quoted by The Independent, on the rise in coronavirus cases. And if you never take a pregnancy test, you’ll never get pregnant.

“After refusing to rule on a challenge to New York City gun restrictions because they were rescinded while the case was pending, the court turned away all potential replacements that would have given its conservative justices a chance to strengthen the Second Amendment.”

Washington Post: “The court did not accept a batch of nearly a dozen cases that gun groups had hoped the court, fortified with more conservative members, might consider. Among them were cases involving restrictions in Maryland and New Jersey to permits for carrying a handgun outside the home.”

Despite President Trump’s adamant support and use, the FDA ended its emergency use authorizations for two controversial drugs, hydroxychloroquine and chloroquine, as a potential coronavirus treatment.

“The Supreme Court on Monday left in place a lower court opinion upholding one of California’s so-called sanctuary laws that limits cooperation between law enforcement and federal immigration authorities, a measure that the Trump administration says is meant to ‘undermine’ federal immigration enforcement,” CNN reports.

Only Justices Clarence Thomas and Samuel Alito, two of the Court’s conservative members, supported taking up the case.

“Donald Trump’s niece, his deceased brother’s daughter, is set to publish a tell-all book this summer that will detail ‘harrowing and salacious’ stories about the president,” the Daily Beast reports.

“Mary Trump, the daughter of Fred Trump Jr. and Fred Trump Sr.’s eldest grandchild, is scheduled to release Too Much And Never Enough on August 11th, just weeks before the Republican National Convention.”

“One of the most explosive revelations Mary will detail in the book is how she played a critical role helping The New York Times print startling revelations about Trump’s taxes, including how he was involved in ‘fraudulent’ tax schemes and had received more than $400 million in today’s dollars from his father’s real-estate empire.”

The New York Times has the full title of the book coming later this summer from Mary Trump, the president’s niece: Too Much and Never Enough: How My Family Created the World’s Most Dangerous Man.

“A book by a member of the president’s own family is likely to be a lightning rod. Mr. Trump is facing criticism for his handling of the pandemic and the nationwide protests against police brutality, and his niece’s book is scheduled to come out just a few months before the election.”

The New Yorker has an interactive cover showing the history of violence inflicted upon black people in America.

A large “Black Lives Matter” banner draped on the front of the U.S. embassy in Seoul was removed on Monday after it was brought to the attention of President Trump and Secretary of State Michael Pompeo, Bloomberg reports.

Pompeo and Trump were both displeased about the banner. A large, multicolored “pride” banner recognizing lesbian, gay, bisexual, transgender and queer people was also removed on Monday.

“The warning has echoed ominously for weeks from epidemiologists, small-town mayors and county health officials: Once states begin to reopen, a surge in coronavirus cases will follow,” the New York Times reports.

“That scenario is now playing out in states across the country, particularly in the Sun Belt and the West, as thousands of Americans have been sickened by the virus in new and alarming outbreaks.”

“Hospitals in Arizona have been urged to activate emergency plans to cope with a flood of coronavirus patients.”

Former Defense Secretary Robert Gates joined the call to rename Army bases named after Confederate generals despite President Trump’s opposition, saying that it was time to rid the American military of symbols that represent “the dark side of our history,” the New York Times reports.

Associated Press: “A Russian court sentenced an American to 16 years in prison on spying charges, a sentence he rejected as political. The Moscow City Court on Monday read out the conviction of Paul Whelan on charges of espionage and sentenced him to 16 years in a maximum security prison colony. Whelan has insisted on his innocence, saying he was set up. The U.S. Embassy has denounced Whelan’s trial as unfair, pointing that no evidence has been provided.”