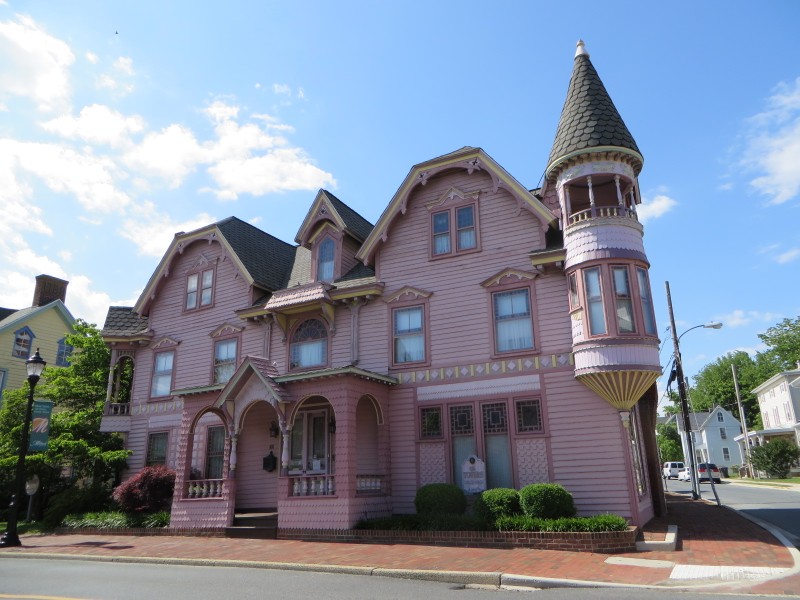 The Towers, on NW Front Street in North Milford. The house was built in the late 1700s. Residents included the poet John Lofland, and Governor William Burton. The Queen Anne-style flair was added in 1891, and was originally painted green and red. It was repainted in the 1980s to pink with purple accents, when it became a bed-and-breakfast. Photo by xzmattzx.