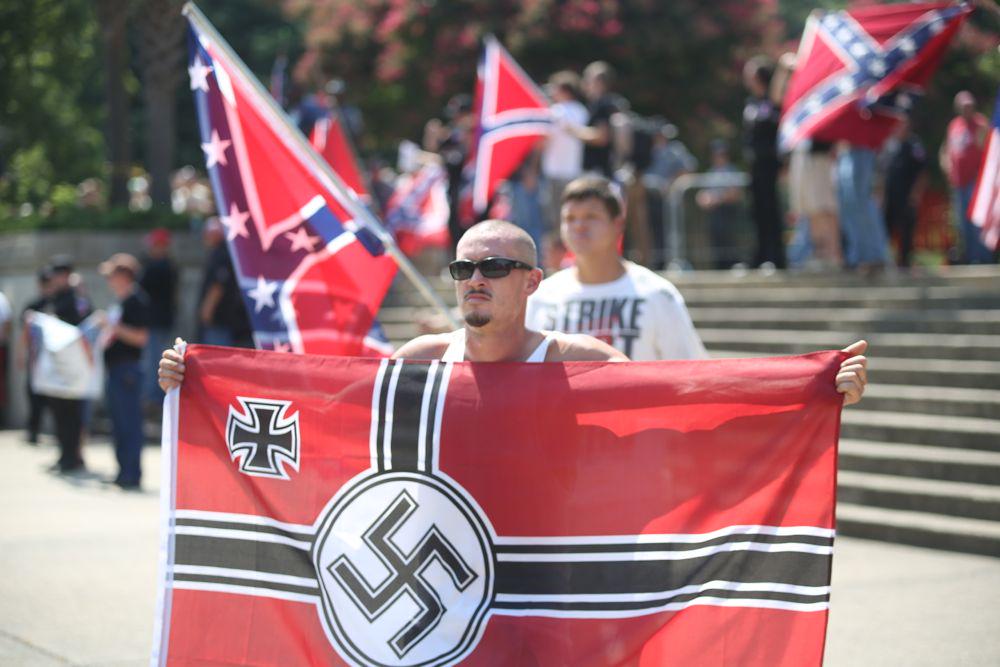 There’s going to be a bunch of racists cryin in their beer tonight.

NASCAR has banned the Confederate flag from its races and properties.

From its statement, NASCAR says Wednesday the Confederate flag “runs contrary to our commitment to providing a welcoming and inclusive environment for all fans, our competitors and our industry.”

Bubba Wallace, NASCAR’s lone black driver, called this week for the banishment of the Confederate flag and said there was “no place” for them in the sport. Wallace asked the stock car series with deep ties to the South to formally distance itself from what for millions is a symbol of slavery and racism.

I have long said that the Confederate flag is equal to the Nazi Swastika flag in the evil it represents, and if Germany could ban and criminalize that dark symbol of its past, then so could we. People will cry foul that this violates the First Amendment, but the problem with that is that Racists and Nazis do not have rights. There is no right to genocide. There is no right to oppress and discriminate. And that is what the Confederate Flag is a symbol of. It should be banned and the possession of it criminalized as an act of treason.

And I have never understood why southerners who like to beat their chests and shout MURICA! want to display a flag of traitors who got their asses handed to them by the Yankees. It is a loser’s flag. A flag of defeat.

Throw it in the trash where it has belonged for the last 160 years.

5 comments on “Ban the Confederate Flag”