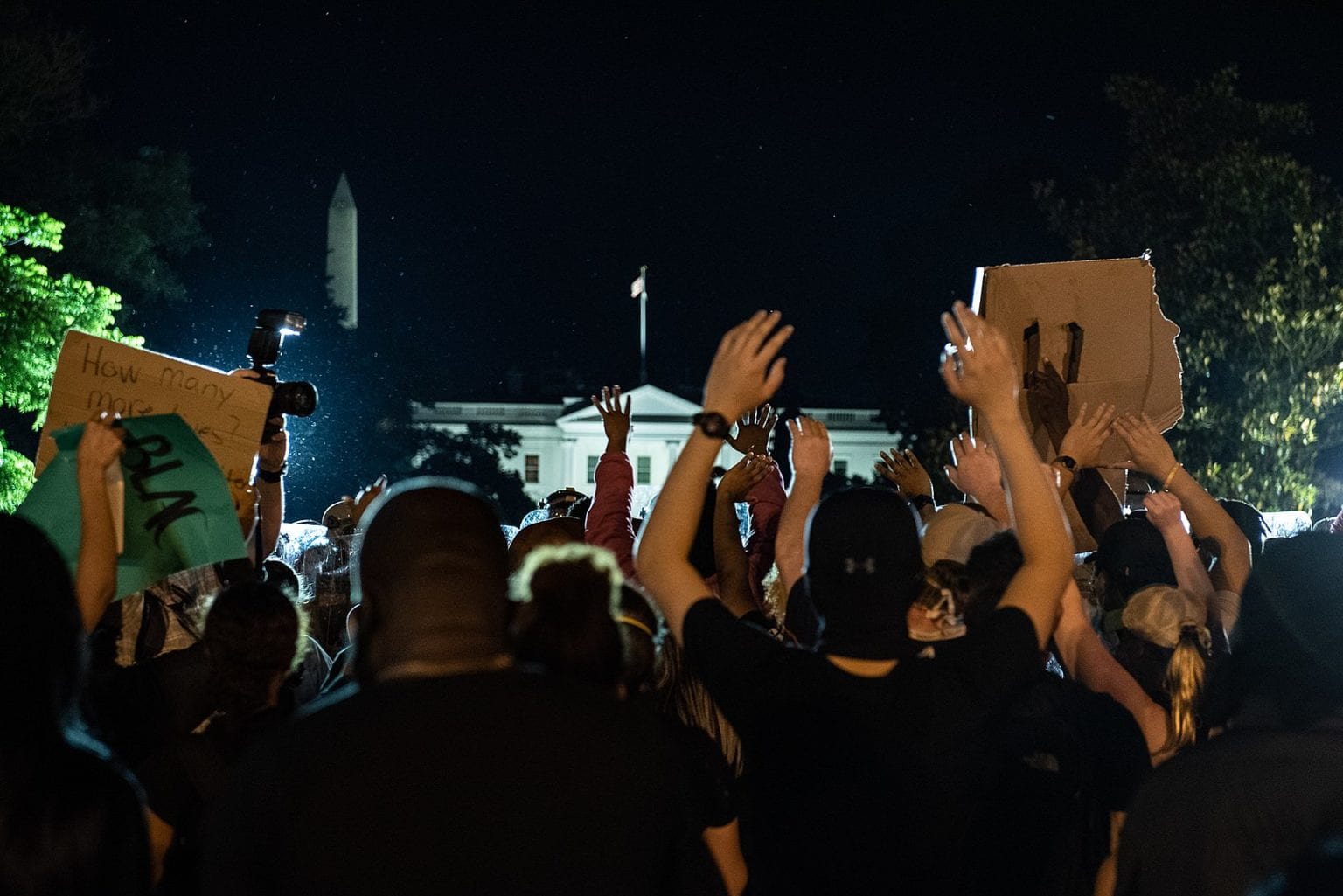 Los Angeles Times: “His decision to invoke a military response to nationwide protests against police brutality — symbolized by the move Monday to gas mostly peaceful protesters in a park across from the White House to clear the way for a staged photo outside a church — appears to have been a fateful miscalculation.”

“The incident has created a deep rift between the White House and the Pentagon, and drew an extraordinary rebuke from Trump’s former secretary of Defense…”

“Images of a widening perimeter of fences and concrete barriers that the administration has erected in a several-block area around the White House, as federal agents and troops patrol key intersections, have only deepened the sense of Trump as an isolated, beleaguered figure.”

Former White House chief of staff John Kelly defended former defense secretary Jim Mattis over his criticism of the president’s handling of nationwide protests and disputed Trump’s assertion that he fired the retired general in 2018, the Washington Post reports.

Said Kelly: “The president did not fire him. He did not ask for his resignation. The president has clearly forgotten how it actually happened or is confused. The president tweeted a very positive tweet about Jim until he started to see on Fox News their interpretation of his letter. Then he got nasty. Jim Mattis is an honorable man.”

Mark Milley– the chairman of the Joint Chiefs of Staff — sent a memo to military brass reminding them that they took “an oath to support and defend the Constitution and the values embedded within it.”

“Republican senators are dismissing the scathing criticism leveled against President Trump by his former defense secretary, James Mattis, the latest sign that Republicans by and large are showing unwavering support for the leader of their party during this high-stakes election year,” CNN reports.

Said Graham: “I think you’re missing something here my friend. You’re missing the fact that the liberal media has taken every event in the last three and half years and laid it at the president’s feet. I’m not saying he’s blameless, but I am saying that you’re buying into a narrative that I think is quite frankly unfair.”

“Sen. Chuck Grassley (R-IA) said that he will block the confirmation of two of President Trump’s nominees until the White House provides ‘adequate explanations’ for why the inspectors general for the intelligence community and State Department were ousted in the past two months,” Axios reports.

“It’s a rare attempt by a Republican to hold Trump accountable for his recent purge of federal watchdogs.”

The Trump administration has denied tear gas was used.

Attorney General William Barr said the federal government has evidence that the “radical left-wing antifa movement” and certain “foreign actors” have “hijacked” legitimate protests around the country to incite violence, ABC News reports. He did not provided direct evidence of either claim.

“Trump administration officials envision as much as $1 trillion in the next round of economic stimulus, though they have delayed those discussions scheduled for this week,” Bloomberg reports.

“Top aides had planned to meet this week to discuss the next round of pandemic relief as more than 40 million people have lost jobs since states began restricting public activity in March. That meeting has been removed from the calendar and has not been rescheduled yet.”

Another 1.9 million people filed for unemployment insurance last week, CNBC reports. “Continuing claims, which provide a clearer picture of how many Americans remain unemployed, totaled 21.5 million, a gain of 649,000 over the past week, also worse than Wall Street expected.”

Politico: “Forty million Americans are unemployed and extra unemployment benefits expire at the end of next month. Meanwhile, Senate Republicans are grappling with deep ideological divisions over what to do with the popular program in the middle of a pandemic and an election year.”

“Most Republicans have roundly rejected the House Democrats’ approach of extending a $600 weekly boost to unemployment checks though January 2021, and some say the enhanced benefits may need to end altogether.”

Politico: “The monthly jobs numbers for May, which will be released Friday, are expected to show we’ve reached 20 percent unemployment, and that’s falling particularly hard on minorities. Fewer than half of black adults are now employed, according to Labor Department data.”

“Brace yourself for more jobless claims in the weekly report Thursday morning. Economists are expecting the federal government to announce that around 1.8 million new people filed for unemployment insurance last week.”

“But the president’s most trusted advisers are telling him it would be foolish to fire him. They don’t think he will, even though the president has vented and asked for ‘names’ to replace him.”

“Separately, the president later asked top advisers if they thought Esper could still be effective in his position.”

China warned Britain to “step back from the brink” after Boris Johnson vowed to offer a path to citizenship for up to three million Hong Kong residents threatened by Beijing’s draconian new security law, the Times of London reports.

Britain has “no sovereignty, no jurisdiction and no supervision over Hong Kong” Beijing warned, adding that the prime minister must “immediately stop interfering in Hong Kong’s affairs and China’s internal affairs, or this will definitely backfire.”

President Trump strongly hinted Thursday at a pardon of friend and longtime political adviser Roger Stone, who has been ordered to report to prison later this month, the Washington Post reports.

Trump said Stone was the “victim of a corrupt and illegal Witch Hunt” and should “sleep well at night.”

“The former State Department inspector general who was ousted by President Trump told Congress on Wednesday that a top department official tried to ‘bully’ him as he examined potential misconduct at the agency,” the New York Times reports.

Jonathan Bernstein: “The list of Donald Trump’s terrible personnel choices according to Donald Trump gets one name longer, as the president reacted predictably by bashing Mattis. That list now includes a defense secretary, a secretary of state, an attorney general, at least one national security adviser and at least two White House chiefs of staff.”

“Again, there are very few people who are otherwise undecided about Trump who would be swayed by what an awful job — according to Trump himself — he has done appointing people for the most important positions in government. But it’s a remarkable record nonetheless.”

“Four U.S. presidents spoke this week about systemic racism and injustice. They used their platforms to illuminate the humanity in all Americans and to decry the dehumanization of some. And they summoned the nation to confront its failures, make change and come together,” the Washington Post reports.

“A fifth U.S. president spoke instead this week about using military force to dominate Americans who are protesting racial injustice. He declared winners and losers among state and city officials trying to safeguard their streets. And, with his reelection campaign in mind, he sought to apply a partisan political lens to the national reckoning over racial inequities.”