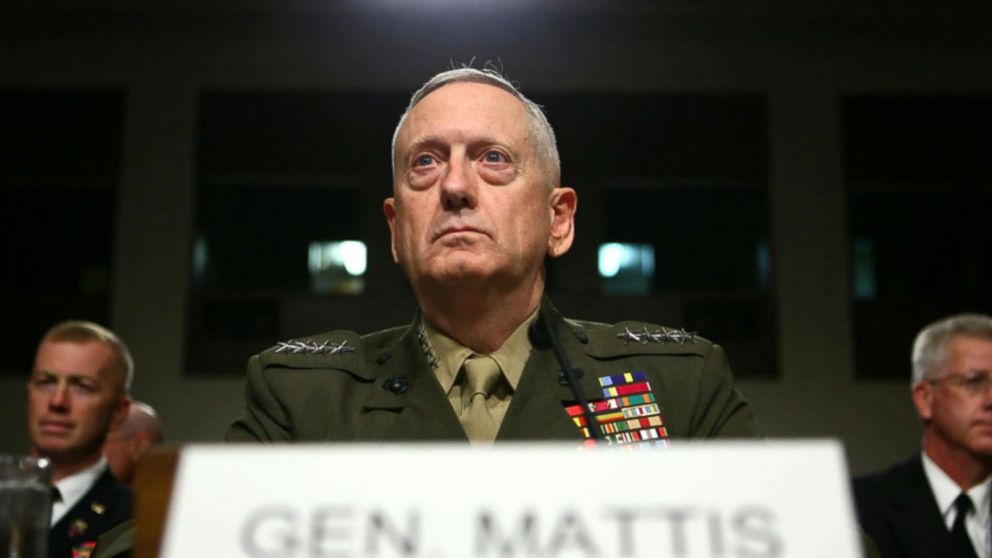 The Atlantic: “James Mattis, the esteemed Marine general who resigned as secretary of defense in December 2018 to protest Donald Trump’s Syria policy, has, ever since, kept studiously silent about Trump’s performance as president.”

“But he has now broken his silence, writing an extraordinary broadside in which he denounces the president for dividing the nation, and accuses him of ordering the U.S. military to violate the constitutional rights of American citizens.”

Read his full statement below:

Writes Mattis: “Never did I dream that troops taking that same oath would be ordered under any circumstance to violate the Constitutional rights of their fellow citizens—much less to provide a bizarre photo op for the elected commander-in-chief, with military leadership standing alongside.”

“Donald Trump is the first president in my lifetime who does not try to unite the American people—does not even pretend to try. Instead he tries to divide us. We are witnessing the consequences of three years of this deliberate effort. We are witnessing the consequences of three years without mature leadership. We can unite without him, drawing on the strengths inherent in our civil society. This will not be easy, as the past few days have shown, but we owe it to our fellow citizens; to past generations that bled to defend our promise; and to our children.”

“When the history of the Trump presidency is written, the clash with protesters that preceded President Trump’s walk across Lafayette Square may be remembered as one of its defining moments.”

Two officials told the New York Times that White House Chief of Staff Mark Meadows said at a senior staff meeting that the photo op for President Trump at the church on Monday night was Ivanka Trump’s idea.

“President Trump was rushed to a secure bunker in the White House on Friday evening after a group of protesters hopped over temporary barricades set up near the Treasury Department grounds,” the Washington Post reports.

“Officials familiar with the incident told colleagues that the president, the first lady and their son Barron were rushed to the bunker because of the episode.”

“The events contradict the president’s claim Wednesday that he went to the bunker simply to inspect the secure location.”

“The Army was making plans to send home active-duty soldiers who were dispatched to the Washington, D.C., area to bolster security amid unrest, but the plan was reversed on Wednesday after a meeting at the White House involving the defense secretary,” the Washington Post reports.

“The meeting occurred after Defense Secretary Mark Esper said in a news conference on Wednesday that he did not support invoking a law that would permit President Trump to use active-duty troops on American streets in response to the unrest.”

Earlier in the day, the AP reported that the Pentagon was beginning to send regular Army troops deployed to DC back to their home bases because Esper thought it was no longer necessary. And now, Secretary Esper has abruptly reversed that order. It seems very likely that racist KKK President Trump had a temper tantrum and ordered the troops returned like the fascist piece of shit he is. If Esper had any honor or integrity, he would resign tonight.

The combination of that interview plus Wednesday’s press conference — in which he undercut the president — has the Secretary of Defense in precarious standing with the White House.

In his first public appearance since a wave of protests across Florida and the nation, Gov. Ron DeSantis (R) on Wednesday condemned people who have caused “rioting, looting or violence,” the Miami Herald reports.

DeSantis said he was sending 500 members of the Florida National Guard to Washington, D.C., in response to a request from the federal government.

Minnesota Attorney General Keith Ellison “plans to elevate charges against the former Minneapolis police officer who knelt on George Floyd’s neck while adding charges of aiding and abetting murder against the other three officers at the scene,” the Minneapolis Star Tribune reports.

Sen. Rand Paul (R-KY) “acknowledged that he is holding up a bill with broad bipartisan support that would make lynching a federal hate crime, saying he fears it could allow enhanced penalties for altercations that result in only ‘minor bruising,’” the Washington Post reports.

“Paul’s objection halted a measure that appeared on the verge of getting to the president’s desk earlier this year after more than a century of stymied attempts by Congress to pass anti-lynching legislation. And it comes amid a nationwide convulsion over the treatment of black Americans by law enforcement officers.”

Watch President Obama’s Address to the Nation above.

President Trump said he believed that Joe Scarborough “got away with murder,” returning to talk of an unfounded conspiracy theory about the “Morning Joe” host, The Hill reports.

Said Trump: “I’ve always felt that he got away with murder. That was my feeling, a very strong feeling, and I do feel it.”

“Sweden’s chief epidemiologist and the architect of its light-touch approach to the coronavirus has acknowledged that the country has had too many deaths from Covid-19 and should have done more to curb the spread of the virus,” The Guardian reports.

Televangelist Pat Robertson joined the religious leaders criticizing President Trump for his “law and order” response to the nationwide unrest following the death of George Floyd in the custody of Minneapolis police, the Washington Post reports.

Said Robertson: “It seems like now is the time to say, ‘I understand your pain, I want to comfort you, I think it’s time we love each other. But the president took a different course.”

“If the United States were a foreign country, American diplomats would follow a familiar playbook,” Politico reports.

“In public, they’d express ‘concern’ about the unrest in the country – maybe even ‘deep’ concern. They’d call on ‘all parties’ to engage in ‘dialogue’ to resolve disputes. They’d insist the government allow for ‘peaceful’ protests and urge ‘restraint’ by security forces. They’d denounce police attacks on journalists. They might even offer to mediate between the feuding parties.”

“In classified cables sent back home, they’d question the stability of the government. They’d look for signs of fractures among the ruling elites, and ponder whether the head of state would be willing to accept defeat in the upcoming election. Some would gather information about potential human rights violators. They’d elevate security at their embassy, mull issuing a travel warning and dust off contingency plans for evacuating themselves and other U.S. citizens.”

“In all, nearly a dozen federal agencies and components have joined in Mr. Trump’s effort to quell protests incited by the killing of George Floyd in Minneapolis and ostensibly to put an end to rioting and looting — and determine whether anarchists and other extremist groups had infiltrated the protests.”

“The optics of the past 72 hours are putting people inside the halls of the Pentagon on edge as images of U.S. troops on the streets of the nation’s capital dominate airwaves across the globe, and as the top brass is increasingly viewed as mixing politics and the military,” Politico reports.

“Defense Department officials say they are increasingly uncomfortable with the more prominent role the U.S. military is playing in tamping down violent protests breaking out all over the U.S., and the growing tendency of the president to call on the troops for domestic missions ranging from border security to law enforcement.”

“Protests were largely peaceful and the nation’s streets were calmer than they have been in days since the killing of George Floyd set off demonstrations that at times brought violence and destruction along with pleas to stop police brutality and injustice against African Americans,” the AP reports.

Journalist Robert Bumsted is heard on a video clip explaining to New York City police officers that the press are considered “essential workers” and are allowed to be on the streets after curfew.

One officer responds, “I don’t give a shit.”

Another officer told Bumsted, “Get the fuck out of here you piece of shit.”

Meanwhile, a video clip shows pepper spray being shot directly at a live CNN camera outside the White House.

“The Democratic governor will direct the statue to be moved off its massive pedestal and put into storage while his administration seeks input on a new location.”