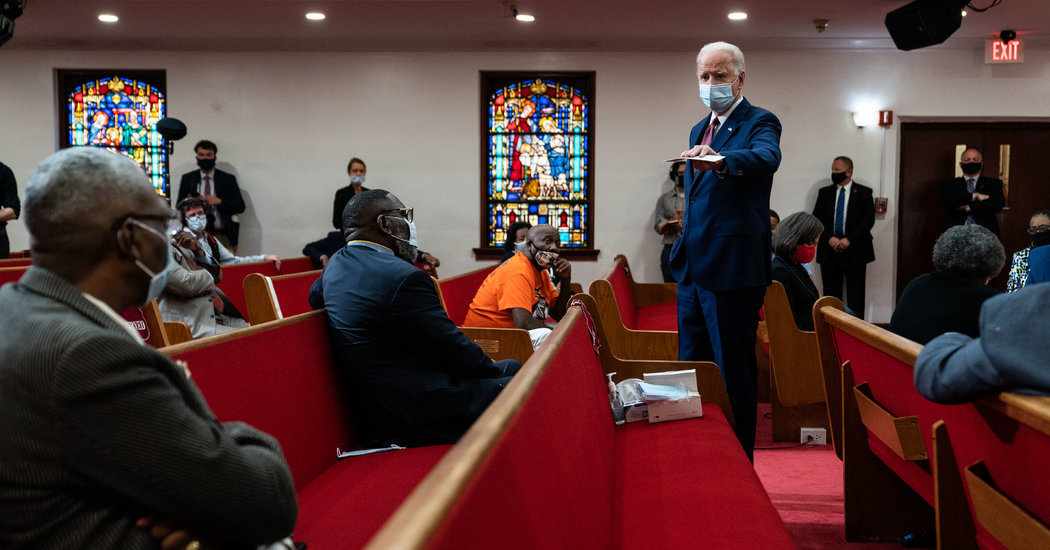 A new Quinnipiac poll in Texas finds Donald Trump barely ahead of Joe Biden in the presidential race, 44% to 43%.

“The Senate Intelligence Committee quietly approved on Wednesday a measure that would require presidential campaigns to report offers of foreign election influence to federal authorities, a move taken in response to Russian election interference in 2016 and one that could draw the attention of President Trump,” CNN reports.

Larry Sabato’s Crystal Ball says Joe Biden should not be in a rush to name his vice presidential pick. Circumstances may change his list of contenders — and probably already have.

Here are their rankings:

“The Republican National Committee is planning site visits over the next 10 days to more than a half-dozen cities — across the South and into Texas and Arizona — as it scrambles for a new convention host,” Axiosreports.

“The cities under consideration include Jacksonville, Phoenix, Dallas, Nashville, Atlanta and possibly New Orleans and Savannah.”

“The return of on-the-ground campaigning, which the president’s team had made a core strategy of his re-election effort investing millions in recruiting and training over a million volunteers nation-wide, marks the latest move the president’s team has made toward returning to traditional campaigning amid a pandemic that halted efforts months back.”

Murkowski added that she wasn’t sure if she would support Trump in November: “I am struggling with it. I have struggled with it for a long time I think you know that. I didn’t support the President in the initial election, and I work hard to try to make sure that I’m able to represent my state well that I’m able to work with any administration and any president.”