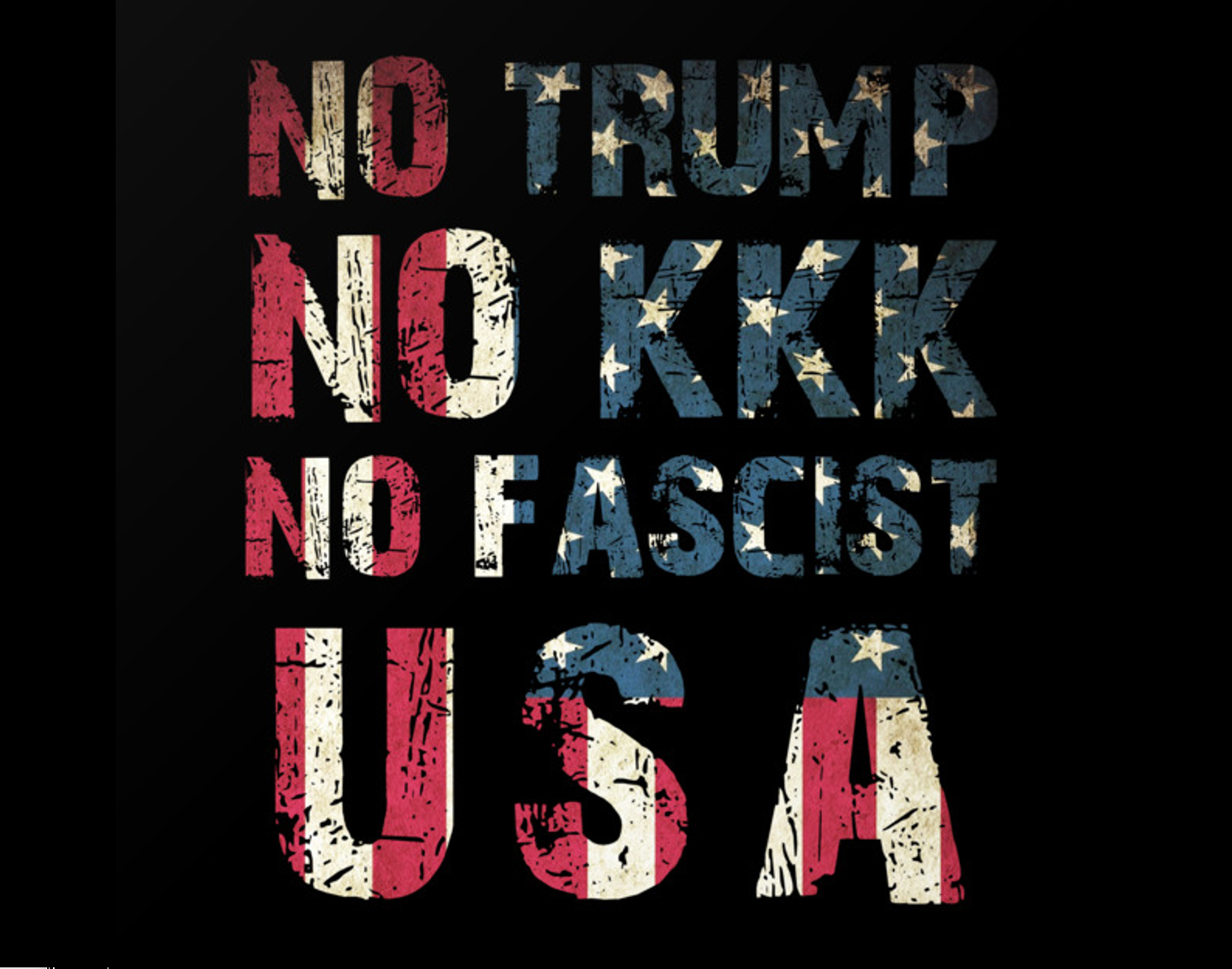 Gabriel Sherman: “Confronting a failed presidency after 100,000-plus COVID deaths and the protests that are still convulsing the nation this week, Donald Trump is venting to West Wing officials that Democratic governors are allowing civil unrest to rage in American cities to damage his reelection campaign.”

Said a Trump adviser: “He feels the blue-state governors are letting it burn because it hurts him. It’s a lot like how he sees coronavirus.”

“Trump’s sense of victimhood, and his view that the crisis ignited by George Floyd’s gruesome death is largely a political problem, have resulted in a shambolic White House response, veering from Trump’s retreat to the bunker as the protests neared the White House to the culmination of police using teargas on peaceful protestors so that he could walk through a park to stage a photo op in front of St. John’s Church.”

Religion News: “The photo opportunity had an eerie quality: Trump said relatively little, positioned stoically in front of the boarded-up church, which had been damaged the day before in a fire during protests sparked by the death of George Floyd.”

“The church appeared to be completely abandoned. It was, in fact, abandoned, but not by choice: less than an hour before Trump’s arrival, armored police used tear gas to clear hundreds of peaceful demonstrators from Lafayette Square park, which is across the street from the church.”

“Authorities also expelled at least one Episcopal priest and a seminarian from the church’s patio.”

“We long ago lost sight of normal, but this was a singularly immoral act. The president used force against American citizens, not to protect property, but to soothe his own insecurities. We will all move on to the next outrage, but this was a true abuse of power and should not be forgotten.” — Brendan Buck, former top aide to Speaker Paul Ryan (R), quoted by Politico.

A senior White House official told Axios that when they saw the tear gas clearing the crowd for President Trump to walk to the church with his entourage:

“I’ve never been more ashamed. I’m really honestly disgusted. I’m sick to my stomach. And they’re all celebrating it. They’re very very proud of themselves.”

Sen. Tim Scott (R-SC) told Politico that protesters in Lafayette Square should not have been cleared with tear gas and rubber bullets to accommodate President Trump’s visit to a historic church, a rebuke of the president by the only black Republican in the Senate.

Senate Majority Leader Mitch McConnell (R-KY) blocked a resolution introduced by Minority Leader Chuck Schumer (D-NY) on Tuesday that would have condemned the use of tear gas and rubber bullets against peaceful protesters outside the White House on Monday in order to allow President Trump to walk to St. John’s Church, Axios reports.

Former chairman of the Joint Chiefs of Staff Mike Mullen, writing in The Atlantic: “It sickened me yesterday to see security personnel—including members of the National Guard—forcibly and violently clear a path through Lafayette Square to accommodate the president’s visit outside St. John’s Church. I have to date been reticent to speak out on issues surrounding President Trump’s leadership, but we are at an inflection point, and the events of the past few weeks have made it impossible to remain silent.”

“Whatever Trump’s goal in conducting his visit, he laid bare his disdain for the rights of peaceful protest in this country, gave succor to the leaders of other countries who take comfort in our domestic strife, and risked further politicizing the men and women of our armed forces.”

“There was little good in the stunt.”

“The U.S. economy could take the better part of a decade to fully recover from the coronavirus pandemic and related shutdowns, a U.S. budget agency said, as a series of surveys pointed to continuing weakness in global manufacturing,” the Wall Street Journal reports.

“The Congressional Budget Office, a nonpartisan legislative agency, said the sharp contraction triggered by the coronavirus caused it to mark down its 2020-30 forecast for U.S. economic output by a cumulative $7.9 trillion, or 3% of gross domestic product, relative to its January projections. GDP isn’t expected to catch up to the previously forecast level until the fourth quarter of 2029.”

Former President George W. Bush wrote in a statement that he and his wife, Laura, are “anguished” by the death of George Floyd, and said that “it is time for America to examine our tragic failures.”

He added: “How do we end systemic racism in our society? The only way to see ourselves in a true light is to listen to the voices of so many who are hurting and grieving. Those who set out to silence those voices do not understand the meaning of America — or how it becomes a better place.”

Said Gregory: “I find it baffling and reprehensible that any Catholic facility would allow itself to be so egregiously misused and manipulated in a fashion that violates our religious principles, which call us to defend the rights of all people, even those with whom we might disagree.”

Facebook CEO Mark Zuckerberg stood firmly behind his decision to not do anything about President Trump’s inflammatory posts on the social network, saying that he had made a “tough decision” but that it “was pretty thorough,” the New York Times reports.

In a question-and-answer session with employees conducted over video chat software, Mr. Zuckerberg sought to justify his position on Mr. Trump’s messages, which has led to fierce internal dissent.

Bloomberg: “Almost one-third of unemployment benefits estimated to be owed to the millions of Americans who lost their jobs as a result of the coronavirus slump haven’t been paid yet, as flagship policies struggle to cope with the unprecedented wave of layoffs.”

Canada’s Prime Minister Justin Trudeau was asked to comment on President Trump’s handling of the protests and violence in the United States.

Trudeau, who is usually quick to answer, paused for a full 20 seconds before saying: “We all watch in horror and consternation what’s going on in the United States. It is a time to pull people together, but it is a time to listen. It is a time to learn what injustices continues, despite progress over years and decades.”

Walter Mead: “As a beleaguered Trump administration struggles with an unprecedented surge of domestic challenges, foreign leaders friendly and otherwise are recalibrating their strategies for coping with an unconventional administration embroiled in turbulence.”

“It now looks as if China, Russia and Germany have decided how to handle President Trump through November. Berlin will ignore him; Moscow and Beijing will take advantage of U.S. distraction.”

New York Times: “The four large countries where coronavirus cases have recently been increasing fastest are Brazil, the United States, Russia and Britain. And they have something in common.”

“They are all run by populist male leaders who cast themselves as anti-elite and anti-establishment.”

“Mass protests over police brutality have shuttered coronavirus testing sites, complicated efforts to track people who have been exposed and set off fears among local officials that the unrest could spark fresh waves of virus infection,” Politico reports.

Dr. Anthony Fauci, one of the most prominent members of the White House coronavirus task force, said on Monday that he has not spoken to or met with President Trump in two weeks, CNN reports.

Matthew Yglesias: “The officers began their assault just after 6:30 pm — less than half an hour before a 7 pm curfew that had already been ordered by DC Mayor Muriel Bowser was set to take effect. Legally speaking, the crowd should have dispersed then and there would have been no problem with the president strolling across the park to do his photo op at St John’s Church. Realistically, the odds are good that the crowd would not have dispersed. But starting at 7 pm, a group of officers forcibly expelling protesters from the park would have been enforcing the law.”

“Doing it at 6:36 pm or so served no real purpose except to make the law enforcement action flagrantly abusive. And that itself sends a powerful message.”