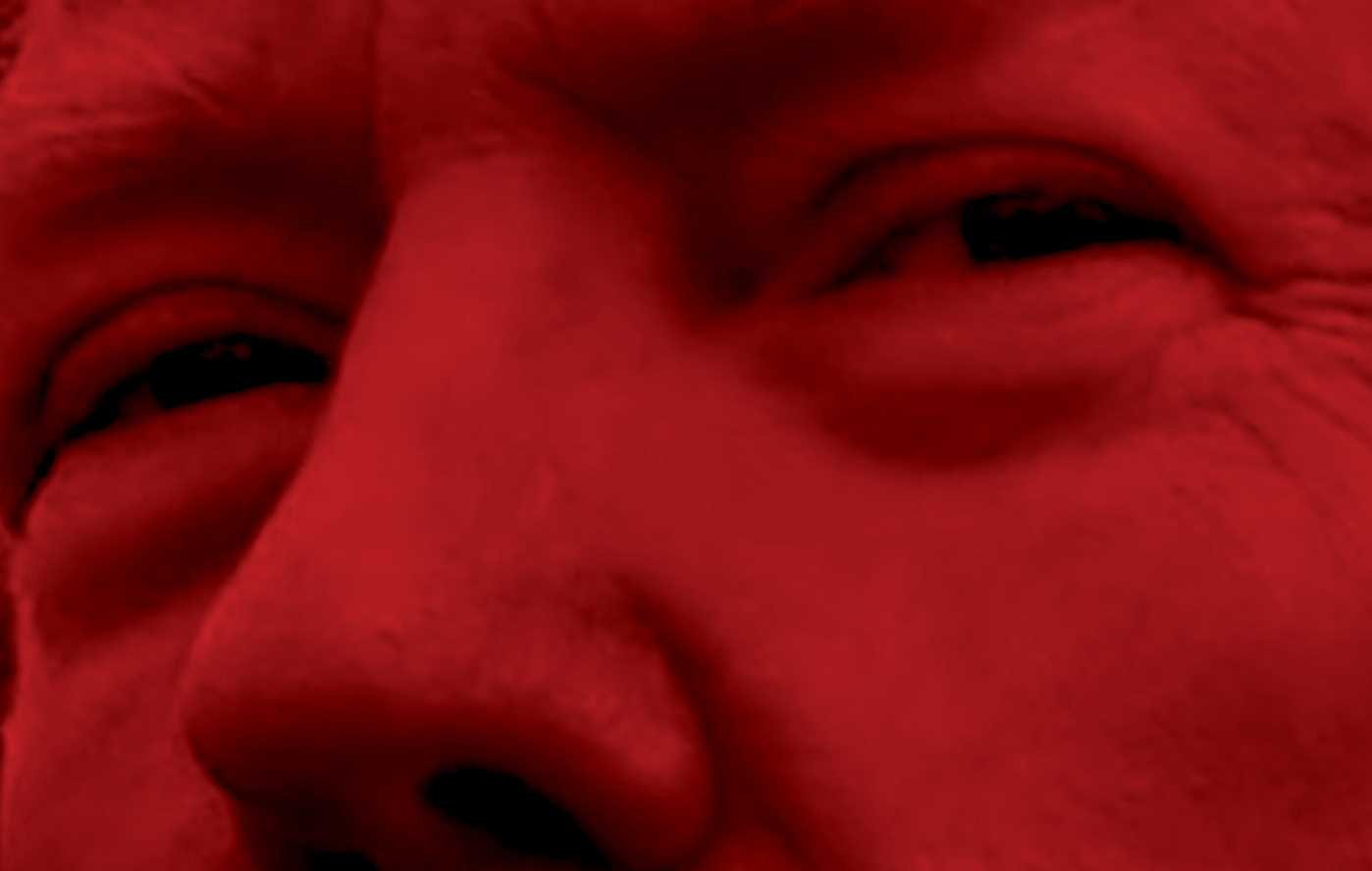 After Twitter began labeling some of his tweets with fact checks, President Trump claimed the move would “totally silence conservatives voices.”

He added: “We will strongly regulate, or close them down, before we can ever allow this to happen. We saw what they attempted to do, and failed, in 2016. We can’t let a more sophisticated version of that happen again.”

Mitt Romney: “I know Joe Scarborough. Joe is a friend of mine. I don’t know T.J. Klausutis. Joe can weather vile, baseless accusations but T.J.? His heart is breaking. Enough already.”

New York Post editorial: “There is a difference between mocking someone’s ratings and hurting an innocent family with the memories of their tragic daughter because of a petty feud… Is that really the president you want to be, sir? The president for whom people disregard half or even most of what you say as irrelevant?”

Washington Examiner editorial: “Whatever his issues with Scarborough, President Trump’s crazed Twitter rant on this subject was vile and unworthy of his office. Some will undoubtedly shrug it off as Trump being Trump, but one could hardly be blamed for reading it and doubting his fitness to lead.”

“To say Trump owes Scarborough an apology is to put it mildly. But in the end, Scarborough won’t be the one hurt by this. Against a weak opponent, Trump somehow managed in 2016 to win despite carrying on with sad, deluded conspiracy theories about Sen. Ted Cruz’s father being involved in the assassination of John F. Kennedy. Against a less reviled opponent, he may not be so lucky in 2020.”

“And observers might even someday look back at this incident as the instant when things began to unravel.”

Wall Street Journal editorial: “Donald Trump sometimes traffics in conspiracy theories—recall his innuendo in 2016 about Ted Cruz’s father and the JFK assassination—but his latest accusation against MSNBC host Joe Scarborough is ugly even for him. Mr. Trump has been tweeting the suggestion that Mr. Scarborough might have had something to do with the death in 2001 of a young woman who worked in his Florida office when Mr. Scarborough was a GOP Congressman…”

“There’s no evidence of foul play, or an affair with the woman, and the local coroner ruled that the woman fainted from an undiagnosed heart condition and died of head trauma. Some on the web are positing a conspiracy because the coroner had left a previous job under a cloud, but the parents and husband of the young woman accepted the coroner’s findings and want the case to stay closed…”

“We don’t write this with any expectation that Mr. Trump will stop. Perhaps he even thinks this helps him politically, though we can’t imagine how. But Mr. Trump is debasing his office, and he’s hurting the country in doing so.”

“House lawmakers cast the first-ever remote congressional floor votes Wednesday, albeit under a legal cloud after Republican leaders filed a federal lawsuit challenging the constitutionality of the arrangement,” the Washington Post reports.

“Under rules adopted earlier this month, House members designated a colleague to cast floor votes on their behalf during the pandemic while they remain away from the Capitol. One by one, several Democrats, most wearing masks, stood at the microphones Wednesday afternoon and announced how the absent members were voting,”

Several pictures that appear to be Minneapolis police officer Derek Chauvin on stage with President Trump have appeared on social media.

USA Today reports Chauvin is the officer in a viral video kneeling on the neck of a black man and ignoring his pleas for help until the man was put, unresponsive, on a stretcher.

“Racism isn’t getting worse. It’s getting filmed.” — Will Smith on the Late Show with Stephen Colbert, August 3, 2016.

Nearly a quarter of all the deaths in the United States attributed to the coronavirus have been in just 12 congressional districts – all located in New York City and represented by Democrats in Congress, according to Pew Research.

Of the more than 92,000 Americans who had died of the coronavirus as of May 20, nearly 75,000 were in Democratic congressional districts.

Although 194 miles of border barrier have been under construction since President Trump took office, just three miles of the border wall has been erected in places where no barrier had previously existed, CNN reports.

Secretary of State Mike Pompeo said in a statement that he has certified to Congress that Hong Kong is no longer autonomous from China and does not warrant special treatment under U.S. law, Axios reports.

Dr. Anthony Fauci told CNN he wears a face mask in public not only to protect himself and others but also: “I want to make it be a symbol for people to see that that’s the kind of thing you should be doing.”

Fauci “became the first Trump administration official to say definitively that hydroxychloroquine is not an effective treatment for the coronavirus,” Politico reports. Said Fauci: “The scientific data is really quite evident now about the lack of efficacy.”

“Former Deputy Attorney General Rod Rosenstein will testify next week as part of the Judiciary Committee’s probe into the origins of the FBI’s Russia investigation,” The Hill reports.

“The hearing, scheduled for June 3, marks the first public hearing Graham will hold as part of his deep dive into ‘Crossfire Hurricane,’ the name for the investigation into Russia’s 2016 election interference and the Trump campaign.”

“As Rubio assumes the acting chairmanship of the Senate Intelligence Committee, the Florida Republican is distancing himself from a GOP-led probe targeting Hunter Biden. He has declined to embrace Trump’s ‘Obamagate’ claims. And he is warning the Republicans spearheading the Biden investigation not to promote Russian disinformation in the process.”

“When State Department inspector general Steve Linick was abruptly fired, one of the inquiries he was conducting concerned a massive, highly controversial weapons sale to Saudi Arabia. Now the Trump administration is preparing to sell Riyadh even more weapons,” the Daily Beast reports.

Said Hannity: “Look, I understand these are young people. Experts keep saying over and over they are at a much lower risk, but if they do get this and again there is no mask wearing here that I see. Not much at all… But if they get the virus and then are in contact with older and more vulnerable Americans, that could be a disaster for others.”

He added: “That’s why in the short period of time, it’s only temporary, if you can’t social distance, please wear the mask. Do it for your mom, your dad, your grandma, your grandpa.”

“The president’s refusal to wear a face mask in public, defying recommendations from public health experts, has become a symbol for his supporters resisting stay-at-home orders amid the coronavirus crisis. To wear one then is seen by some as being anti-Trump.”

Ohio Gov. Mike DeWine (R) told CNN that wearing a mask to protect against coronavirus is “about loving your fellow human being,” saying he tells Ohioans to wear the face coverings even as they have become a political flashpoint amid the pandemic.

Said DeWine: “This is an instruction as old as the Bible. You are supposed to love your fellow man and woman, and that is what we are doing.”

New York Times: “Senior military officials are set to brief President Trump in the coming days on options for pulling all American troops out of Afghanistan, with one possible timeline for withdrawing forces before the presidential election.”

“The proposal for a complete withdrawal by November reflects an understanding among military commanders that such a timeline may be Mr. Trump’s preferred option because it may help bolster his campaign.”

“But they plan to propose, and to advocate, a slower withdrawal schedule… The move is part of the Pentagon’s attempt to avoid another situation like the one in December 2018 and again in October 2019, when Mr. Trump surprised military officials by ordering the complete withdrawal of U.S. troops from Syria. Diplomatic chaos and violence followed… American troops remain in Syria, although in smaller numbers.”

the real question is whether he can,” Politico reports.

“To the U.K. prime minister, his top aide — whose lockdown journey from London to Durham has dominated headlines for days — is more than just an effective political adviser. He is the linchpin of the Downing Street operation; someone who — according to several people who have worked with the two men in and out of government — gives Johnson policy direction and operational grip, while commanding more loyalty among a number of key officials and ministers than the prime minister does himself.”

“The House initially voted in March to renew the FISA authorities after President Trump’s Republican allies negotiated a deal with Democratic leaders and Attorney General William Barr that included additional civil liberties protections and changes to the FISA court process.”

“But Trump threw a new wrench into the matter Tuesday evening when he urged Republicans on Twitter to oppose Wednesday’s vote.”