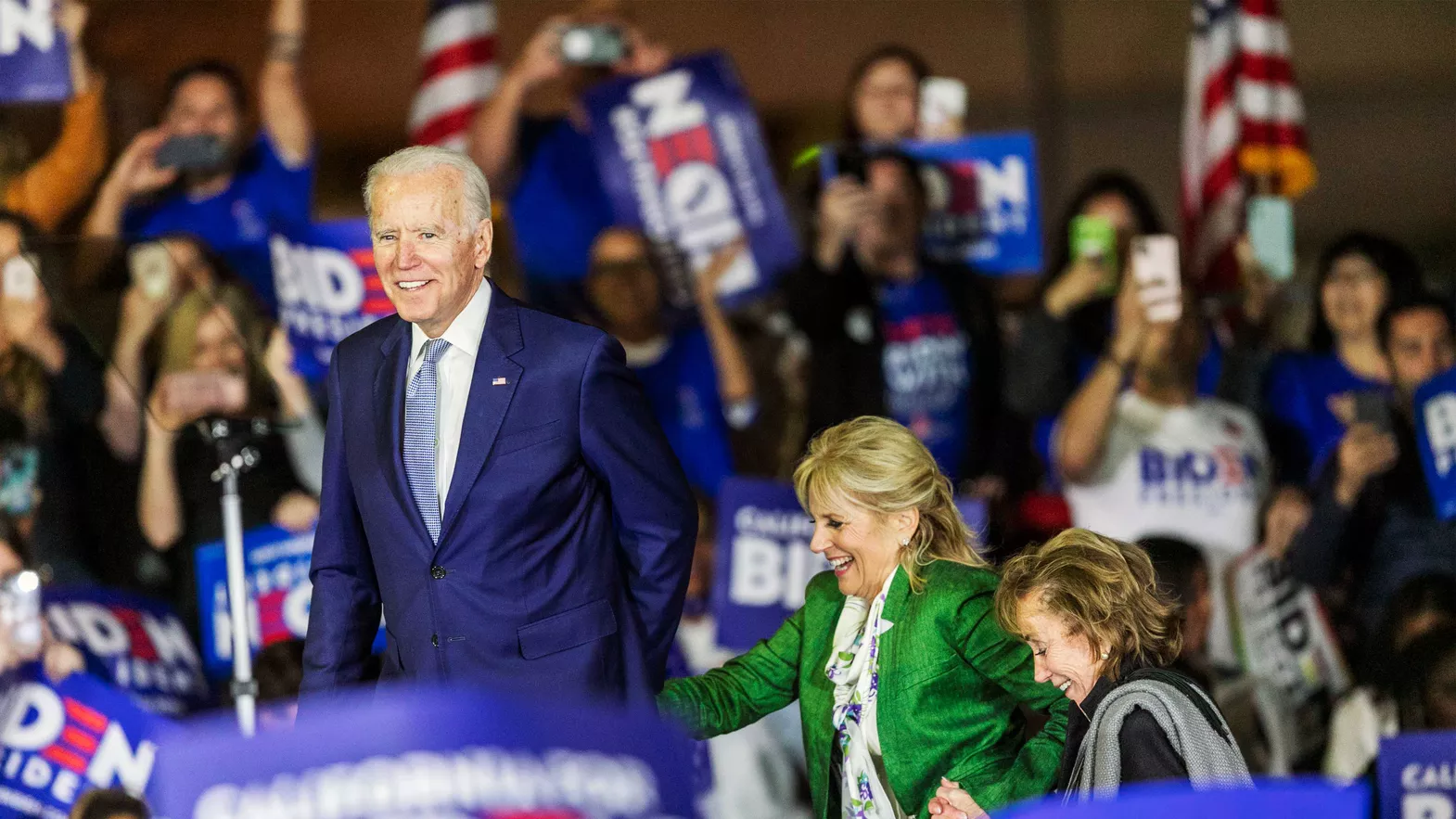 “The dead heat is even more impressive in context of how the voters view the President’s handling of the corona virus. More than 38% rated his performance as failing with another 10% rating it as poor.”

A new UtahPolicy.com/KUTV 2 News survey in Utah finds Donald Trump leading Joe Biden in the presidential race by just 3 points, 44% to 41% with 8% supporting a third-party candidate and 5% undecided.

A new Civiqs poll in South Carolina finds Sen. Lindsey Graham (R) and Jaime Harrison (D) locked in a tie for the U.S. Senate, 42% to 42%.

Stuart Rothenberg: “Despite all these developments, I see little reason to change my assessment of the presidential race. The country is as polarized as it was two months ago, and the trajectory of the contest is essentially unchanged, with Biden holding a comfortable lead in national polling and having multiple paths to 270 electoral votes.”

“While daily developments give the cable television networks something to chatter about, today’s big story will be replaced by a new one tomorrow, and another one the day after that. But the fundamentals of the race remain unchanged.”

“That doesn’t mean the outcome is inevitable. A dramatic development could change things. But for now, Trump’s options are narrowing as Election Day approaches. The White House will need to do something dramatic to alter the trajectory of the race.”

Speaker Nancy Pelosi, who has made it plain that Texas is her top target for the 2020 elections, will appear as the “special guest” of the Texas Democratic Party’s State Convention next week, the Austin American-Statesman reports.

Said Pelosi: “As I’ve stated previously, Texas is ground zero for this election.”

Nathan Gonzales: “The battlefield for control of the House is shrinking and divided, and that’s bad news for Republicans. Indeed, Democrats at this point in the cycle look more likely to gain seats than to lose their majority.”

“In fact, the Tampa native has voted by mail in every Florida election she has participated in since 2010… Most recently, she voted by mail in the state’s March 2020 presidential primary, just as Trump did after he made Florida his new permanent home.”

When voter fraud by mail happens it is discovered before hand and when it happens it is nearly always done by Republicans. Recent case in point: A West Virginia postal carrier has been charged with attempted election fraud after he admitted to altering the party affiliations of five mail-in requests for absentee ballots from Democrat to Republican.

Recode: “Election Day is less than six months away, and Democrats are scrambling to patch the digital deficits of their presumptive nominee. And behind the scenes, Silicon Valley’s billionaire Democrats are spending tens of millions of dollars on their own sweeping plans to catch up to President Trump’s lead on digital campaigning — plans that are poised to make them some of the country’s most influential people when it comes to shaping the November results.”

“These billionaires’ arsenals are funding everything from nerdy political science experiments to divisive partisan news sites to rivalrous attempts to overhaul the party’s beleaguered data file. They are pushing their favored, sometimes peculiar, fixes to a political ailment just like they might if on the board of a struggling startup.”

“Republican leaders on Capitol Hill say they don’t want the federal government telling states how to hold elections during the coronavirus pandemic. But they haven’t closed the door on increased funding for local officials wrestling with how to keep voters safe this November,” the Wall Street Journal reports.

Jonathan Bernstein: “Some Democrats are reportedly half-panicked by the possibility that the economy will rebound in the third quarter, and that Donald Trump will be able to capitalize on it in November. Given what we know about elections and the economy, should they be?”

“On the one hand, yes: Presidential approval, and therefore presidential re-election performance, is tied to events. We could expect it to take a hit given the current situation, and to improve if events improve. With an incumbent on the ballot, the election will mostly be a choice about keeping the president or throwing the bums out. It’s also true that voters have notoriously short memories. Political science research has found that the economy matters in elections, but only the election-year economy.”

“On the other hand, we also know that presidential approval tends to lag economic events. George H. W. Bush lost his re-election bid because of a recession that had already ended, and Democrats had terrible midterms in both 1994 and 2010 in part because the economy hadn’t fully recovered. Granted, the argument is that this recovery will likely produce extraordinary gains in the months leading up to the election, thanks to the even more extraordinary losses so far. But out-of-context numbers aren’t going to move voters; what will is whether they believe good times have returned. A partial bounce back, even a fast one, may not achieve that.”

A new Morning Consult/Politico poll gauging the potential impact of Joe Biden’s choice of a running mate found that among nine women reportedly in the mix, Sen. Elizabeth Warren (D-MA) would have the biggest net positive impact on his candidacy against President Trump in November.

Key finding: 26% say placing Warren on the ticket would make them more likely to vote for Biden; 23% say it’d make them less likely. Her positive impact on Biden increased among black and Hispanic voters and those under the age of 45.

A new AP-NORC poll finds just about half of Americans say they would get a COVID-19 vaccine if the scientists working furiously to create one succeed.

The poll also found 31% simply weren’t sure if they’d get vaccinated. Another 20% said they’d refuse.

“A third of Americans are showing signs of clinical anxiety or depression, Census Bureau data shows, the most definitive and alarming sign yet of the psychological toll exacted by the coronavirus pandemic,” the Washington Post reports.

Washington Post: “While Democrats have worried about Biden’s struggles to excite younger voters, older voters who are upset with the president are poised to be potentially more influential in November, especially in swing states whose populations skew their way, like Florida, Pennsylvania, Arizona, Michigan and Wisconsin.”

“U.S. Ambassador to Germany Ric Grenell is set to join President Donald Trump’s 2020 campaign amid a broader shakeup that saw the promotion of two other campaign officials on Tuesday,” Politico reports.

“The addition of Grenell, a trusted Trump ally who recently stepped down as acting director of national intelligence, comes as the president faces sliding poll numbers nationally and in a handful of key battleground states.”

“President Trump’s aides are promoting one of his top political advisers to deputy campaign manager, in a move to bolster the team heading into the final five months of the re-election effort,” the New York Times reports.

“Bill Stepien, the former White House political director who has been working as a senior political adviser to the campaign, said in a statement that the new role will let him support both Mr. Trump and the campaign manager, Brad Parscale.”

“David Bossie and Corey Lewandowski, two key allies and former political advisers to Donald Trump, went to the White House last week to issue him a warning: The president was slipping badly in swing states, and he needed to do something to fix it,” Politico reports.

Georgia Gov. Brian Kemp (R) offered up his state as a potential host of the Republican National Convention after President Trump threatened to move the convention from North Carolina.

Said Kemp: “With world-class facilities, restaurants, hotels, and workforce, Georgia would be honored to safely host the Republican National Convention. We hope you will consider the Peach State!”

“Top Republicans had been working closely with North Carolina Gov. Roy Cooper (D) and other state Democratic officials as recently as Friday to plan the upcoming GOP national convention amid the coronavirus pandemic,” CNN reports.

“Then President Trump threatened to pull the convention from Charlotte. Trump’s tweet not only came as a surprise to Republican officials on Monday, but it also was completely at odds with the position that top convention officials expressed during the Friday meeting.”

“The AFL-CIO, the country’s largest coalition of labor unions, endorsed Joe Biden for president Tuesday, with the organization’s top official vowing to wage an aggressive effort to help him defeat President Trump,” the  Washington Post reports.

“Joe Biden has hired a national director for voter protection, a role his campaign says will focus broadly on voter rights, including the disenfranchisement of people of color amid the COVID-19 pandemic,” the AP reports.

Ron Brownstein: “In a critical mark of the shifting political landscape, Democrats in November could secure a clean sweep of the Senate seats from the four key Southwestern states — a milestone the party hasn’t reached in nearly 80 years.”

“Democrats today are strongly positioned to oust Republican Sens. Martha McSally in Arizona and Cory Gardner in Colorado and hold their own open seat in New Mexico. If the party wins those three races, as most analysts today agree they are favored but not assured to do, it will control all eight Senate seats from Arizona, Colorado, New Mexico and Nevada for the first time since 1941.”

0 comments on “The Campaign Report – Biden leads by double digits”