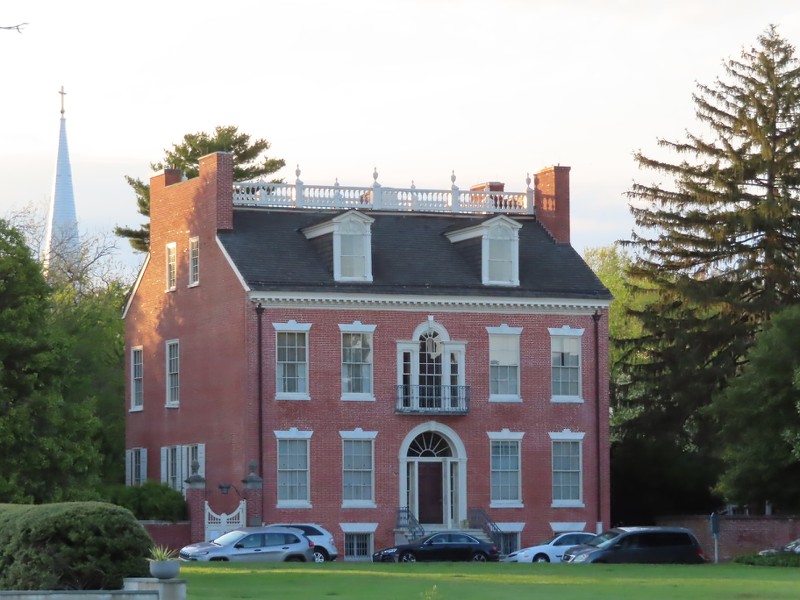 The George Read II House, on The Strand in New Castle. The house was completed in 1803 for George Read II, the son of George Read, who signed the Declaration of Independence. The younger Read wanted his house to replicate the fancy townhouses of Philadelphia, where he spent considerable time. Benjamin Henry Latrobe, who later became the second architect of the United States Capitol, offered to furnish patterns for the cornices. The house was saved from the great fire in New Castle in 1824 by constantly wetting the roof. The house has been a museum since 1975. Photo by xzmattzx.