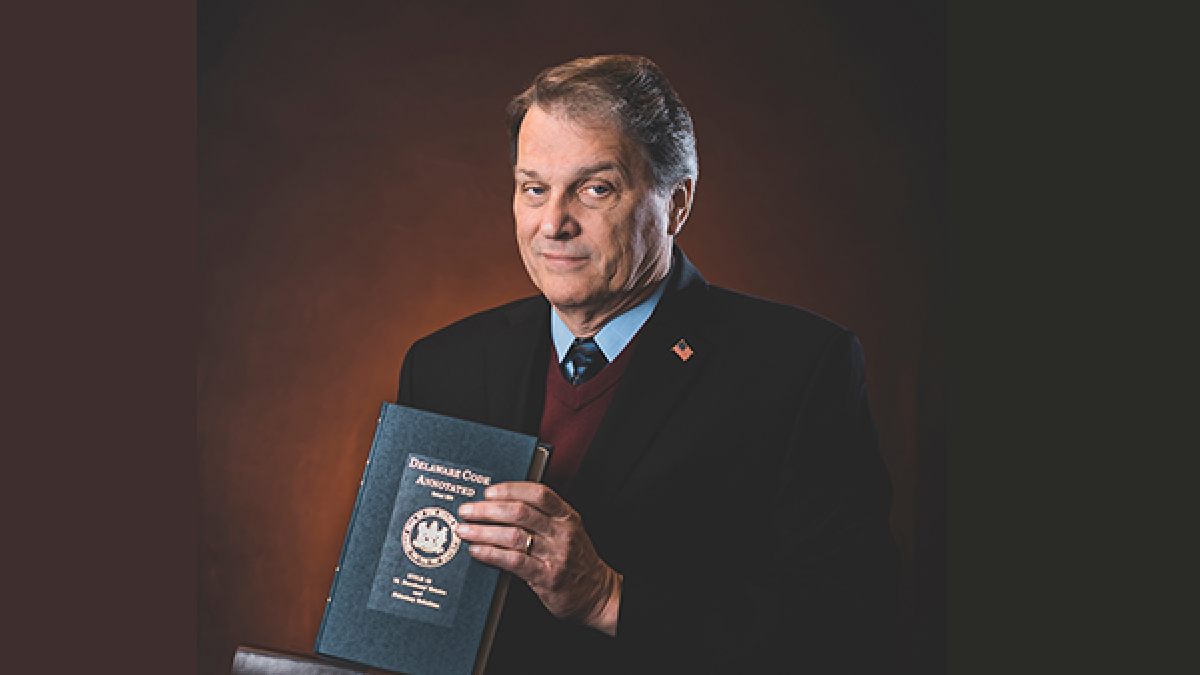 Poor Chris Kenny. He was playing the name recognition building game in preparing to run for Governor, but now, all of a sudden, an actual current Republican officeholder has jumped ahead of him in the race and has announced his candidacy for Governor. Senator Bryant Richardson from Sussex County, where they enjoy freedom, theocracy and disease, not necessarily in that order, announced his intentions on Saturday at a religious freedom pro-COVID 19 rally in Dover.

Richardson was elected to the Senate from the conservative downstate 21st Senatorial District in 2014, and has spend the last five years attempting to ban abortion and other reproductive freedoms and gender identity freedoms. For Trumpist Evangelicals, Richardson is probably the most credible candidate they can find to run, and they will likely rally around his candidacy.

From the State News: “I do have a strategy I have been developing,” said Sen. Richardson. “I didn’t really think about running for governor. But then when someone suggested I run, I thought about it and after a while I thought … well, one thing that can come out of this is the issues that I care most deeply about will be reported on. And they will be brought to the forefront. I’m in the race to go all the way to Nov. 3 and win there, too.”

Sen. Richardson has been highly critical of Gov. Carney’s COVID restrictions, particularly the two-month prohibition on large gatherings that made it impossible to hold normal religious services. He said he understands “there is a danger with the COVID-19” but some of the steps “are extreme, especially shutting down the churches.”

Technically, there is already a Republican running for Governor aside from Richardson and the potential candidacy of Chris Kenny, and that is of Neil Shea, who is one of the Reopen Delaware whackos that decided to go down to Rehoboth to spread disease. He has already filed to run, and he had a Go Fund Me page to grift …. er ah raise funds for the filing fees to run, but it looks like the fundraising tool as been disabled. But like I said above, Richardson would be the first CREDIBLE candidate. And I am stretching credulity in applying that term to him, but he is an elected official.

For those wondering, Richardson will not have to give up his Senate seat to run for Governor. He is not up for reelection in the 21st SD until 2022, so he is free to run this year for Governor and get walloped.

16 comments on “Bryant Richardson to Run for Governor”