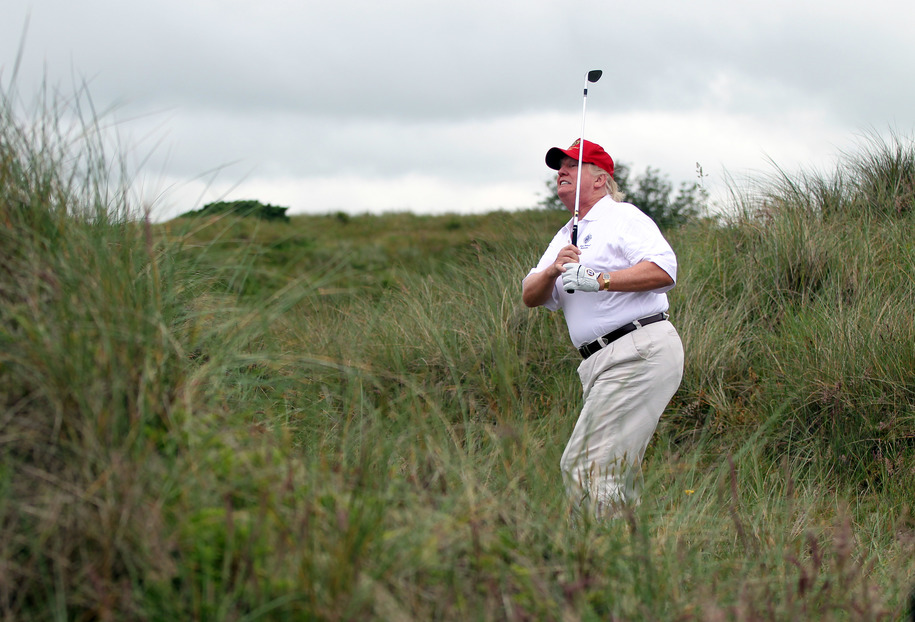 President Trump attacked a Columbia University study that projected at least 36,000 American lives could have been saved if lockdowns and social distancing were imposed just a week earlier.

Said Trump on Full Measure, a show broadcast by Sinclair: “It’s a disgrace what I watch from this fake news media and from some of these liberal institutions. Columbia is a liberal, disgraceful institution to write that because all the people that they cater to were months after me, they said we shouldn’t close it.”

“For the past six months, top Trump campaign officials, reporting to Jared Kushner, have been working on a radical overhaul of the Republican Party platform,” Axios reports.

Kushner “has told confidants he wants to shrink the GOP’s extensive platform of policy beliefs and principles down to a single card that fits in people’s pockets. That’s a huge change. The 2016 platform runs 58 pages — the product of extensive debate and heated negotiations.”

“Kushner told colleagues he wanted ‘something like the 10 principles we believe in,’ per two sources familiar with his comments.”

“Another source familiar with the discussions pointed to the GOP platform of 1856 as an example of a platform that is similarly short.”

Jonathan Swan: “Trump’s advisers relish the contrast between his public appearances and Joe Biden’s lack thereof. The former vice president, following the guidance of public experts, has eschewed public events and stayed home for months now. Trump, meanwhile, is out and about — masks be damned.”

“Watch for plenty more mask-free outings from Trump, hyping the reopening of the economy and avoiding discussions of social distancing and death counts.”

“And watch for a visual contrast between the two party conventions in August. Two sources close to the president said they hope to have a boisterous, live crowd. They want to have more people there physically than at the Democratic convention the week earlier, which will likely involve significant virtual elements.”

“On a weekend when the nation was bracing for the approaching toll of 100,000 lives lost to the coronavirus and honoring the many more people who have died in wars, President Trump amplified a series of demeaning personal attacks from a supporter with a history of racist and sexist online commentary,” the New York Times reports.

“Mr. Trump’s Twitter feed made no mention of the lives lost or the grim milestone that the country was approaching.”

“Prime Minister Benjamin Netanyahu is the first prime minister in Israel’s history to go on trial while in office at the Jerusalem district court, where he is facing charges of fraud, bribery and breach of trust,” the Jerusalem Post reports,

“Netanyahu tried to avoid having to attend the first day of the trial but the prime minister was compelled to attend by the court.”

Two years before the 2008 financial collapse, economist Nouriel Roubini “warned that the U.S. housing market would soon collapse — and, quite possibly, bring the global financial system down with it,” New York magazine reports.

“A decade later, ‘Dr. Doom’ is a bear once again. While many investors bet on a ‘V-shaped recovery,’ Roubini is staking his reputation on an L-shaped depression. The economist (and host of a biweekly economic news broadcast) does expect things to get better before they get worse: He foresees a slow, lackluster (i.e., ‘U-shaped’) economic rebound in the pandemic’s immediate aftermath. But he insists that this recovery will quickly collapse beneath the weight of the global economy’s accumulated debts.”

“The White House announced Sunday that President Trump would suspend entry of non-U.S. citizens who have been in Brazil in the past 14 days in an effort to stop the imported spread of the coronavirus,” Axiosreports.

“Brazil has reported nearly 350,000 confirmed cases of the coronavirus — the second-most in the world behind the U.S. — and has emerged as a Southern Hemisphere hotspot as other heavily affected countries in Asia and Europe have managed to get their outbreaks under control.”

“A federal judge has gutted a Florida state law requiring felons to pay all court fines and fees before they can register to vote, clearing the way for thousands of Floridians to register in time for the November presidential election,” the Washington Post reports.

“Republican lawmakers and Gov. Ron DeSantis (R) pushed the measure after Florida voters overwhelmingly approved a constitutional amendment in 2018 to expand voting rights to felons who have completed ‘all terms of their sentence including probation and parole.’”