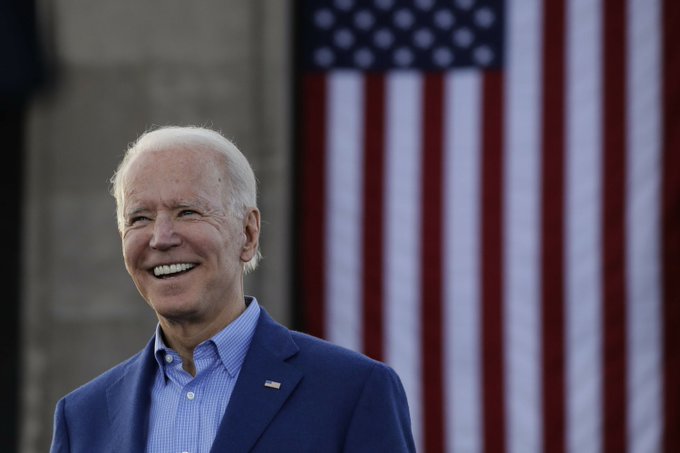 Said pollster Tim Malloy: “What does the 11 point Biden lead tell us? At best for Team Trump, it says voter confidence in President Trump is shaky. At worst for them, as coronavirus cases rise, Trump’s judgement is questioned – and November looms.”

Jonathan Bernstein: “The oddest thing in electoral politics over the past few weeks is what appears to be absolute, and unfounded, confidence among some Republican strategists that there’s a trade-off between public health and the economy, and that what matters for President Trump’s re-election is the economy…”

“Almost every relevant expert who has commented publicly has said that the economy can’t be repaired until the virus is at least somewhat under control… Open too fast and you could risk outbreaks that force a second round of shutdowns; open too slowly and you might test people’s patience with distancing measures.”

“But while tough choices remain about managing the pandemic over time, these aren’t really choices between the economy and public health. And more to the point, the whole electoral conversation is wrong: There’s no reason to think that reviving the economy by tolerating more lives lost — even if it were possible — would be the right electoral choice for the Trump campaign.”

First Read: “Maybe Joe Biden isn’t leading President Trump by 7 points in Arizona, as one poll showed yesterday. But Biden has been ahead of Trump in every Arizona poll released this year. And that Arizona advantage opens up more paths to 270 electoral votes for Biden — especially those that don’t require him to win Wisconsin.”

“Just take a look at these scenarios, assuming a battleground map with the toss-up states being Arizona, Florida, Michigan, North Carolina, Pennsylvania and Wisconsin (and giving Trump the single electoral votes in Maine’s second district and Nebraska’s second district):

Oregon Republicans nominated Jo Rae Perkins (R) for the U.S. Senate race, a candidate who believes in QAnon, the baseless conspiracy theory that has taken root among some far-right supporters of President Trump, the Washington Post reports.

In a video posted on Twitter Tuesday night, Perkins declared that she supports the conspiracy theory: “Where we go one, we go all. I stand with President Trump. I stand with Q and the team. Thank you Anons, and thank you patriots. And together, we can save our republic.”

A new Public Policy Polling survey in Kentucky finds that Sen. Mitch McConnell (R-KY) continues to be unpopular in the state, with only 41% of voters approving of the job he’s doing and 48% who disapprove.

In a match up against a generic Democratic opponent, McConnell leads by just three points, 47% to 44%. By contrast, President Trump has a 16-point lead over Joe Biden in the state, 55% to 39%.

Nathan Gonzales: “He’s not running against a generic Democrat. Amy McGrath has already spent $15 million on the race and has real negatives. Not having a named ballot sticks out prominently.”

A Republican campaign flyer in South Carolina simultaneously blasts vote-by-mail efforts while explaining how voters can get an absentee ballot.

A new HuffPost/YouGov poll finds that Americans, by 62% to 29%, say that deciding to wear a face mask is more a matter of public health than a matter of personal choice.

A new AP/NORC poll finds 83% of Americans said they are very (54%) or somewhat (29%) concerned that lifting restrictions will lead to a rise in infections.

A new NPR/PBS/Marist poll finds two-thirds of Americans do not expect their daily lives to return to normal for at least six months, and as states reopen, 77% are concerned that a second wave of coronavirus cases will emerge.

Said pollster Lee Miringoff: “There’s a great sense that normalcy is not around the corner… The overwhelming majority feel we’re in no way out of the woods. The notion that there’s the potential or likelihood of a second wave is strong, and we see that clearly across party lines.”

“Sen. Bernie Sanders, whose delegates staged a raucous rebellion against Hillary Clinton at the 2016 Democratic convention, is trying to engineer a different outcome this year — by turning down the volume on his social media-driven army of 2020 delegates,” the Washington Post reports.

“The Vermont senator’s campaign has told some supporters picked to represent him this year to sign agreements barring attacks on other candidates or party leaders, combative confrontations on social media or talking to reporters without approval.”

Associated Press: “With his cries to ‘Reopen our country!’ and his rebukes of the federal bureaucracy and health regulations amid the coronavirus pandemic, Trump has tried to tap into the same populist, anti-Washington anger he rode to victory in 2016. The difference: He is now, by definition, the face of government.”

“Positioning himself as the outsider despite being the incumbent, Trump has feuded with governors, pushed back against government restrictions and, this week, said he was taking an unproven anti-malarial drug against the coronavirus despite warnings from his own health experts.”

Politico: “In the thick of primary season, Elizabeth Warren and Joe Biden brawled over Medicare for All: He called her approach ‘angry,’ ‘elitist,’ ‘condescending’; she shot back anyone who defends the health care status quo with industry talking points is ‘running in the wrong presidential primary.’”

“Six months later, with Biden the presumptive nominee and Warren in the running for VP, she is striking a more harmonious chord. ‘I think right now people want to see improvements in our health care system, and that means strengthening the Affordable Care Act,’ she told students at the University of Chicago’s Institute of Politics this week, while adding that she still wants to get to single payer eventually.”

“The shift is the latest public signal Warren has sent Biden’s way in recent weeks that she wants the job of vice president — and wants Biden to see her as a loyal governing partner despite their past clashes, which go back decades.”

0 comments on “The Campaign Report – Biden leads by 11”