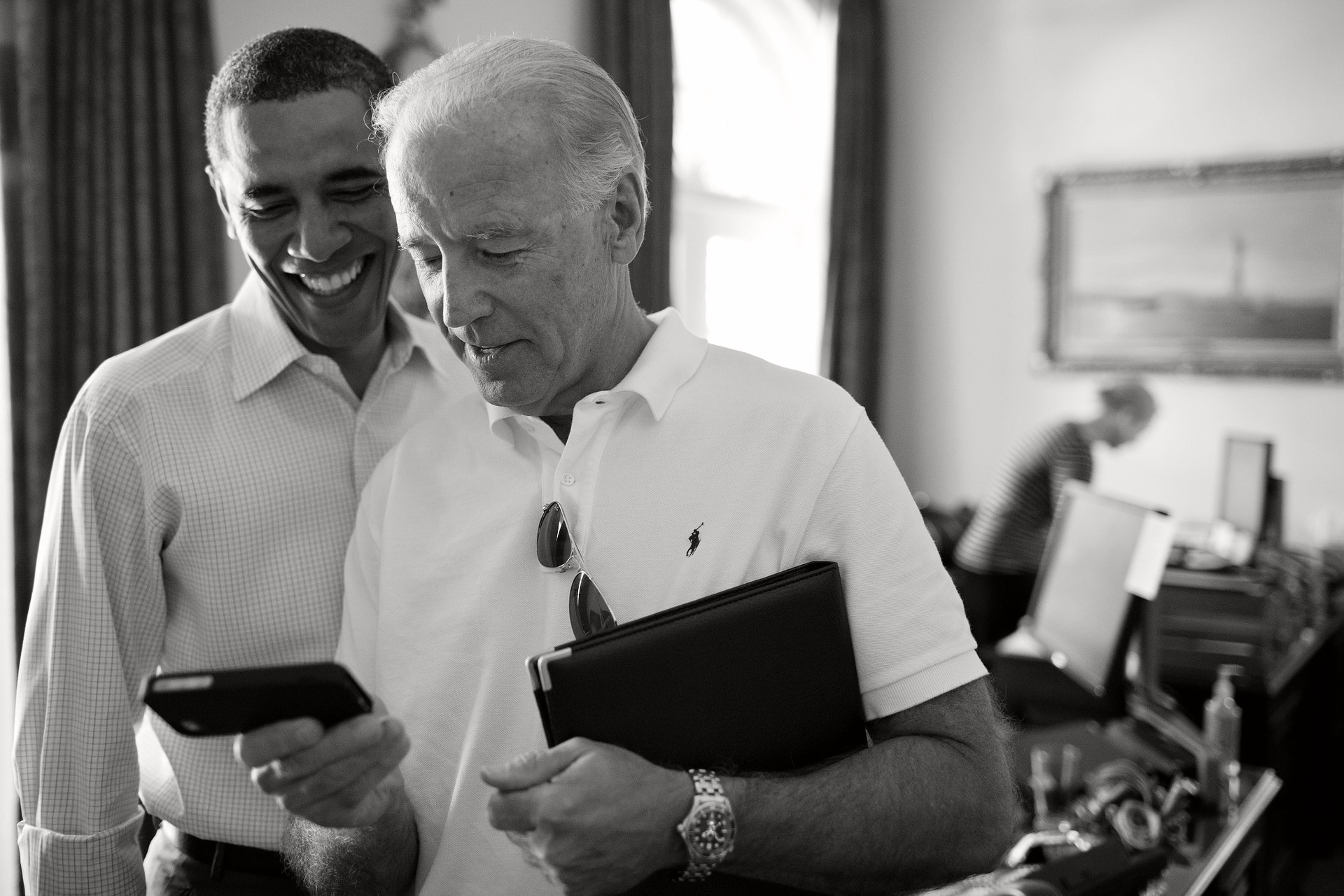 Trump wants to run against Obama. Please proceed Donald. In a hypothetical match up, Barack Obama would defeat Donald Trump if they ran for president against each other, 54% to 43%.

Meanwhile, back in our reality, a new Civiqs poll in Georgia finds Joe Biden edging Donald Trump in the presidential race, 48% to 47%.

“A Texas federal judge on Tuesday ruled that all voters afraid of catching the novel coronavirus can request absentee mail-in ballots due to the pandemic,” CNN reports.

“The ruling is the latest in a legal battle in both federal and state courts between the Texas Democratic Party — which argues that amid the pandemic people shouldn’t have to choose between their right to vote and their health — and the state, which argues that election officials are ‘misapplying’ Texas’ ‘disability’ requirement for absentee mail-in voting.”

Meanwhile, President Trump threatened to “hold up” federal funding to Michigan after reports the state would send absentee ballot applications to 7.7 million voters.

Tweeted Trump: “This was done illegally and without authorization by a rogue Secretary of State. I will ask to hold up funding to Michigan if they want to go down this Voter Fraud path!”

Politico: “The president’s 2020 team is also keeping a close eye on regional reopenings, where modified campaign activities could soon be permitted, according to three people involved with the discussions. Some White House allies have encouraged the campaign to prioritize its plan for restarting rallies, worried that the optics and purpose of Trump’s official travel — during which the president has sent mixed messages about his administration’s response to the pandemic while surrounded by aides in face masks — is too morbid and lacks the showmanship his core base adores.”

If anyone has watched Becoming, the documentary on Michelle Obama, you know that there is no chance she will ever return to politics as a candidate. She might appear for Joe Biden at a rally or give a speech at a convention, but that’s it.

“Mitch McConnell can’t afford any tension with President Trump. So he’s doing everything he can to keep his fragile majority in sync with Trump and his explosive election-year playbook,” Politico reports.

Said Sen. John Thune (R-SD): “I just think that everybody realizes that our fortunes sort of rise or fall together. One thing we have to do is to make sure that we are united on our agenda and make sure that there’s not separation between the White House and Republicans in Congress.”

CNN: “Unlike in past elections when senators in difficult races often distance themselves from an unpopular president of the same party, especially during a controversy, Republicans now are rallying behind Trump, a sign of his tight hold over the GOP and the belief within the party that their chances rise and fall largely on his performance at the polls.”

“The Senate confirmed Trey Trainor, a Texas election attorney, to fill one of the empty seats on the Federal Elections Commission, restoring a quorum for the nation’s chief campaign finance watchdog that has not had one for nearly a year,” Politico reports.

NBC News: “Until the coronavirus shut them down in March, the gatherings were known as “Madison Dinners” — elaborate, unpublicized affairs that Pompeo and his wife, Susan Pompeo, began in 2018 and held regularly in the historic Diplomatic Reception Rooms on the government’s dime.”

“State Department officials involved in the dinners said they had raised concerns internally that the events were essentially using federal resources to cultivate a donor and supporter base for Pompeo’s political ambitions — complete with extensive contact information that gets sent back to Susan Pompeo’s personal email address.”

“An NBC News investigation found that Pompeo held about two dozen Madison dinners since taking over in 2018. NBC News obtained a master guest list for every dinner through the end of 2019, as well as internal State Department calendars from before the pandemic emerged, showing that future dinners were on the books through at least October.”

“Some of the contenders, most of them senators or governors, have been asking other politicians, former bosses and mentors to vouch for them during the vetting process, which is just formally beginning.”

CNBC: “Biden and Democratic Party leaders are calling on their top bundlers to start raising over $2 million each.”

“The decision represents a massive jump in fundraising objectives for Biden’s top donors, who originally were called upon to help raise up to $100,000 at the start of his campaign last year. One of the people noted that since then, the most recent top fundraising goal was $500,000.”

Michigan Gov. Gretchen Whitmer (D) told NBC News she has discussed the possibility of being Joe Biden’s running mate with his campaign. Said Whitmer: “It was just an opening conversation, and it’s not something that I would call a professional formalized vetting.”

She added: “I am making a little bit of time to stay connected to the campaign, but the most important thing that I have to do right now is be the governor of my home state. That’s all that matters to me in this moment.”

“Nearly 2,700 absentee ballots in Milwaukee were not sent and about 1,600 in the Fox Valley were not processed because of computer glitches and mailing problems, according to the most comprehensive account yet of what went wrong in the April 7 election,” the Milwaukee Journal Sentinel  reports.

0 comments on “The Campaign Report – Biden leads in Georgia”