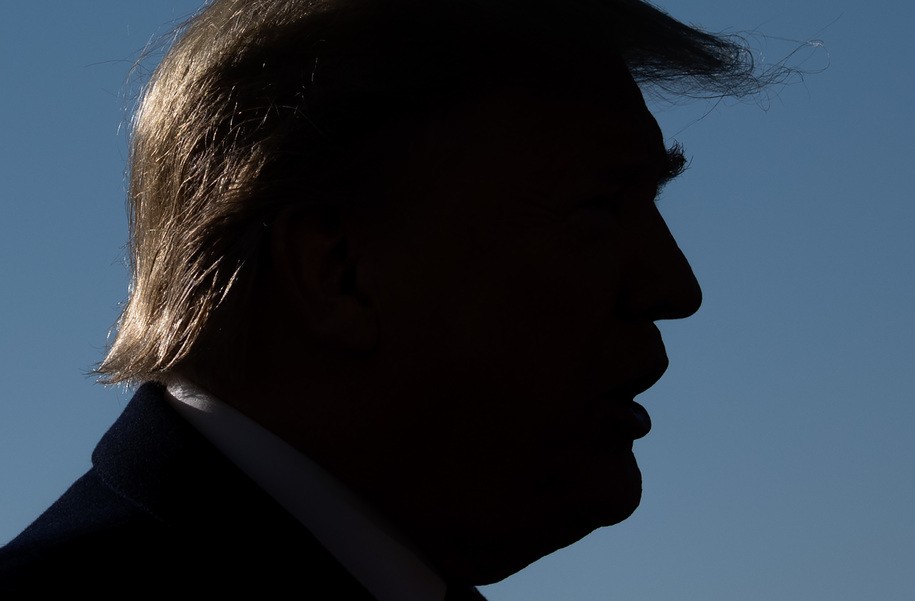 Financial Times: “American leadership in any disaster, whether a tsunami or an Ebola outbreak, has been a truism for decades. The US is renowned for helping others in an emergency.”

“In hindsight, Trump’s claim to global leadership leaps out. History will mark Covid-19 as the first time that ceased to be true. US airlifts have been missing in action. America cannot even supply itself.”

“South Korea, which has a population density nearly 15 times greater and is next door to China, has lost a total of 259 lives to the disease. There have been days when America has lost 10 times that number. The US death toll is now approaching 90,000.”

White House economic adviser Peter Navarro claimed on Meet the Press that lockdowns to curb the spread of the coronavirus will “indirectly” kill more people than the virus itself.

Dan Balz: “The government’s halting response to the coronavirus pandemic represents the culmination of chronic structural weaknesses, years of underinvestment and political rhetoric that has undermined the public trust — conditions compounded by President Trump’s open hostility to a federal bureaucracy that has been called upon to manage the crisis.”

Controversial Washington state Rep. Matt Shea (R), who was suspended from the House Republican caucus after an investigation concluded he had engaged in domestic terrorism, will not seek reelection this fall, the Seattle Times reports.

The surprise development came after Shea had for months defiantly refused calls from Republican and Democratic leaders to resign, vowing to fight on and not bow down to what he called “a coup” against him.

“President Trump has proclaimed the latest phase of pandemic response the ‘transition to greatness.’ But Trump appears poised to preside over the eventual transition more as a salesman and marketer than a decider,” the Washington Post reports.

“Many consequential actions are being done by others. The nation’s governors are overseeing their states’ plans to reopen their economies. Business leaders are making their own choices about how their employees can safely and responsibly return to work. Treasury officials are negotiating with Congress the details of financial stimulus packages. And scientists and public health officials are leading the race for a vaccine.”

“The United States under Trump has also retreated from its historic position of global leadership, declining, for instance, to participate in a coronavirus summit with other nations earlier this month.”

Max Boot: “Picture the scene a few months after Pearl Harbor. The first U.S. troops have arrived in England, and the Doolittle raiders have bombed Tokyo. But even though the war has just begun, the Trumpified FDR is already losing interest. One day he says the war is already won; the next day that we will just have to accept the occupation of France because that’s the way life is. He speculates that mobilization might be unnecessary if we can develop a ‘death ray’ straight out of a Buck Rogers comic strip. He complains that rationing and curfews are very unpopular and will have to end soon. He tells the governors that if they want to keep on fighting, they will have to take charge of manufacturing ships, tanks and aircraft. Trumpy FDR prefers to hold mass rallies to berate his predecessor, Herbert Hoover. He even suggests that Hoover belongs in jail along with the leading Republican congressmen — ‘Martin, Barton and Fish.’”

“In reality, of course, Roosevelt focused with single-minded devotion on defeating the United States’ enemies until the day of his death… Trump, by contrast, cannot focus on a single subject for the length of a paragraph. So it is no surprise that he has already gotten bored with a war against the coronavirus that isn’t going his way.”

The coronavirus will cost states hundreds of billions of dollars in revenue in the upcoming fiscal year, according to an NBC News survey of 33 states and Washington, D.C.

“With most states starting their new fiscal year early this summer, the projections in many cases will serve as the basis for severe budget cuts states may have to soon make if massive aid from the federal government doesn’t come soon. Though the nature of the crisis makes forecasting the future incredibly difficult.”

Sen. Lindsey Graham (R-SC) said the Senate would work to confirm a Supreme Court nominee this year if a vacancy arises, saying the circumstances are different from 2016, when Republicans blocked then-President Obama’s nomination of Merrick Garland, The Hill reports.

“Graham, who chairs the Senate Judiciary Committee, noted that both the Senate and the White House are held by Republicans, versus in 2016, when the GOP-held Senate denied Garland a hearing.”

Said Graham: “Well, Merrick Garland was a different situation. You had the president of one party nominating, and you had the Senate in the hands of the other party. A situation where you’ve got them both would be different. I don’t want to speculate, but I think appointing judges is a high priority for me in 2020.”

“President Trump left no doubt what he wanted his GOP allies to focus on, diverting to the TV cameras before he entered a private huddle of Senate Republicans,” the Washington Post reports.

Said Trump: “Let me tell you exactly what my message is: The Republican Party will soon be known as the party of health care. You watch.”

“Nearly 14 months later, reminded of that day, Sen. John Cornyn (R-Tex.) broke into a knowing laugh, fully aware that Trump’s ‘party of health care’ declaration went nowhere. Within days, Republicans gave up on trying to draft a replacement for the Affordable Care Act, and after some hesitation this month, the Trump administration plowed ahead with its effort to get the Supreme Court to rule the 2010 law unconstitutional even as no substitute is being drafted on Capitol Hill.”

“Now faced with a viral pandemic that has driven more than 36 million workers to file unemployment claims in eight weeks, Republicans find themselves heading into an election season still lacking any health plan.”

“U.S. officials are preparing to begin checking passengers’ temperatures at roughly a dozen airports as soon as next week, as the coronavirus pandemic has heightened travel anxieties,” the Wall Street Journalreports.

“Details of the plan are under review by the White House and are subject to change, the people said. It couldn’t be determined which airports will initially have the new scanning procedures. A senior Trump administration official said the initial rollout is expected to cost less than $20 million, and that passengers won’t be charged an additional fee.”

President Trump dismissed his predecessor as “grossly incompetent,” a day after former President Barack Obama said leaders weren’t “even pretending to be in charge” amid the coronavirus pandemic, Politico reports.

Jonathan Swan: “Don’t be fooled by the grandmotherly demeanor and whimsical scarf collection. Administration officials say they’ve been taken aback by Deborah Birx’s masterful political skills — including a preternatural ability to get what she wants while telling people what they want to hear.”

“She’s better than any of the other public health officials at talking to Trump. While MAGA-land has spent weeks trying to get Anthony Fauci fired, Birx has been far more adept at influencing the president and shaping the administration’s response to the global coronavirus pandemic.”