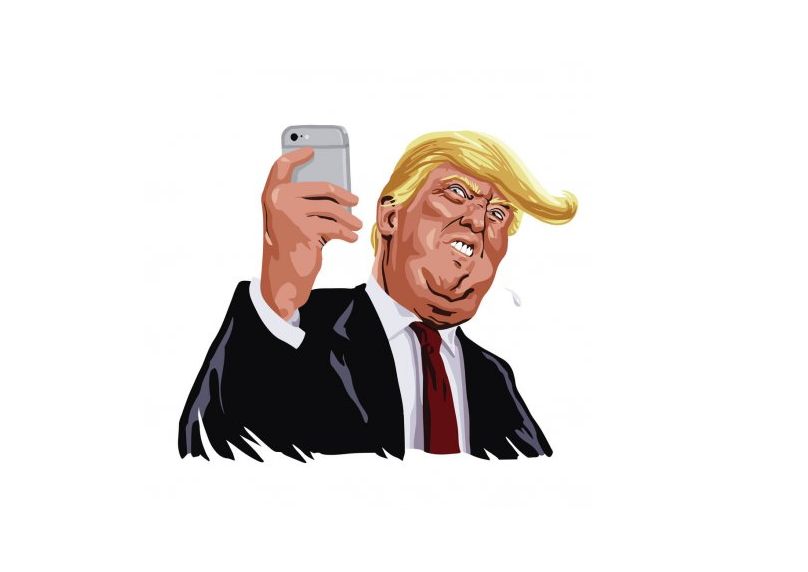 Acting Director of National Intelligence Richard Grenell declassified a list of more than a dozen Obama administration officials who requested the National Security Agency “unmask” a U.S. citizen mentioned in classified foreign-intelligence reports that turned out to be Michael Flynn.

The unmasking requests were made after President Trump’s 2016 election and his inauguration in January 2017. The officials who received the information included Vice President Biden, U.S. Ambassador to the United Nations Samantha Power and CIA Director John Brennan.

This unmasking is the mysterious “crime” President Trump referred to in recent days as “Obamagate.” Republican senators such as Sen. Rand Paul (R-KY) are trying to imply that Obama “was in this up to his eyeballs” and that Biden “is guilty of using government to go after a political opponent.”

And while “unmasking” certainly sounds nefarious to the average voter, the Wall Street Journal reports all of the requests were approved through the NSA’s regular process, which includes a review of the justification for the request. None of the requestors would have known Flynn’s identity prior to receiving the unmasked reports.

As Asha Rangappa notes: “Identities are masked when a US person who is NOT the target of the surveillance is captured on the communication — this is an “incidental communication.” They are unmasked when the identity is necessary to understand the intelligence. All legal, no warrant required.”

It’s also a fairly routine process that occurs thousands of times annually, including by Trump administration officials. All of the people who “unmasked” Flynn were top national security officials in the Obama administration. It was literally their job to use intelligence to make informed decisions affecting the national security of the United States. Indeed, given that America was attacked in an act of war by Russia, it would be imperative that they understand what American traitors were giving aid and comfort to our sworn enemy. Yes, remember that Michael Flynn is a traitor.

If there’s a scandal here, it’s that Grenell is currently the nation’s top intelligence official. He’s not qualified. He was never confirmed by the U.S. Senate. He’s pushed out dozens of career professionals perceived as not loyal to President Trump. And now Grenell is using the intelligence apparatus in an attempt to help the president politically.

Ezra Klein: “More than 60 days after President Trump declared a national emergency over the novel coronavirus, there is still no clear national plan for what comes next…”

“I am more sympathetic than some to the protesters, and others, who want to see states reopen, who believe the cost of lockdown overwhelms the apparent benefits. The economic agony is real, and they have been given no way to imagine its end, no clear understanding of the purpose behind their sacrifice. But the awful choice they feel we face — between endless lockdown or reckless reopening — needs to be understood for what it is: the failure of our political leaders to create a safer, middle path.”

“Dr. Rick Bright, the ousted director of a key federal office charged with developing medical countermeasures, will testify before Congress on Thursday that the Trump administration was unprepared for the coronavirus pandemic and warn that the the U.S. will face ‘unprecedented illness and fatalities’ without additional preparations,” CNN reports.

Said Bright: “Our window of opportunity is closing. If we fail to develop a national coordinated response, based in science, I fear the pandemic will get far worse and be prolonged, causing unprecedented illness and fatalities. Without clear planning and implementation of the steps that I and other experts have outlined, 2020 will be darkest winter in modern history.”

“Roughly 27 million people have likely have lost job-based health coverage since the coronavirus shocked the economy, according to new estimates from the Kaiser Family Foundation,” Axios reports. “Most of these people will be able sign up for other sources of coverage, but millions are still doomed to be uninsured in the midst of a pandemic.”

Federal Reserve Chairman Jerome Powell said that policymakers may have to use additional weapons to pull the country out of an economic mire that has cost at least 20 million jobs and caused “a level of pain that is hard to capture in words,” CNBC reports.

“He noted the unprecedented strength of the fiscal and monetary measures already taken but stressed the importance of making sure that the deepest slump since the Great Depression does not get out of control. The Fed has cut its benchmark rate to near zero and instituted multiple lending and liquidity programs, while Congress has appropriated close to $3 trillion in rescue funding.”

Politico: “The central bank will release a survey on Thursday that shows that nearly 40 percent of people in households making less than $40,000 a year had lost a job in March.”

“Advice from the nation’s top disease control experts on how to safely reopen businesses and institutions in the midst of the coronavirus pandemic included detailed instructive guidance and some more restrictive measures than the plan released by the White House last month. The guidance, which was shelved by Trump administration officials, also offered recommendations to help communities decide when to shut facilities down again during future flareups of COVID-19,” the AP reports.

“The Associated Press obtained a 63-page document that is more detailed than other, previously reported segments of the shelved guidance from the U.S. Centers for Disease Control and Prevention. It shows how the thinking of the CDC infection control experts differs from those in the White House managing the pandemic response.”

Sen. Mike Braun (R-IN) blocked a resolution calling for the release of the CDC’s guidance on reopening businesses, The Hill reports.

“President Trump and members of his coronavirus task force are pushing officials at the Centers for Disease Control and Prevention to change how the agency works with states to count coronavirus-related deaths,” the Daily Beast reports.

“And they’re pushing for revisions that could lead to far fewer deaths being counted than originally reported, according to five administration officials working on the government’s response to the pandemic.”

Washington Post: “Since writing ‘HAPPY MOTHER’S DAY’ at 8:10 a.m. on Sunday, Trump has used his Twitter account to make or elevate allegations of criminal conduct against no less than 20 individuals and organizations. Since Sunday, he has tweeted more often about alleged crimes by his perceived opponents than he has about the pandemic ravaging the country with mass death and unemployment.”

Politico: “The blunderbuss trumpeting of an anti-Obama narrative is a tactic Trump has employed throughout his political career. Over the years, Trump’s attacks on Obama have veered from the baseless — the president is not an American citizen, Obama tapped my phones — to exaggerations and falsehoods about his predecessor’s record — Obama shipped plane loads of cash to Iran, Obama left the strategic national stockpile empty.”

“In each case, the real estate developer-turned president has used these stories to distract from unwelcome stories while elevating himself and exciting his base. The questionable details are rarely important.”

President Trump’s former campaign chairman Paul Manafort has been released from prison to serve the remainder of his sentence in home confinement because of concerns over the novel coronavirus, ABC News reports.

“A U.S. judge on Tuesday put on hold the Justice Department’s move to drop charges against Michael Flynn, saying he expects independent groups and legal experts to argue against the bid to exonerate President Trump’s former national security adviser of lying to the FBI,” the Washington Post reports.

New York Times: “The judge’s order is the latest twist in a high-profile criminal case that has provoked widespread criticism of Attorney General William P. Barr and renewed questions about political influence over the Justice Department.”

“The coronavirus test from Abbott Laboratories used at the White House to get rapid answers to whether someone is infected may miss as many as half of positive cases,” Bloomberg reports.

Rep. Steve King (R-IA) said House Minority Leader Kevin McCarthy (R-CA) has agreed to a process by which the nine-term incumbent can get “exoneration” and back on committees that were stripped in January 2019 after King’s controversial published remarks about white supremacy, the Sioux City Journal reports.

“After voting more than a dozen times to repeal the Affordable Care Act and leading Senate Republican efforts to dismantle it, Sen. John Cornyn (R-TX) said that the ‘good news’ is that people can sign up for President Barack Obama’s signature health care law if they’ve lost their jobs and need health insurance amid the coronavirus pandemic,” the HuffPostreports.

Said Cornyn: “The good news is that if you lose your employer-provided coverage, which covers about a 180 million Americans, that is a significant life event, which makes you then eligible to sign up for the Affordable Care Act.”

Hey Cornyn. The Affordable Care Act is… guess what…. OBAMACARE! And you have been trying to destroy that for the last 10 years.

David Ignatius: “Here’s a fact that ought to startle every American who assumes that because we spend nearly $1 trillion each year on defense, we have primacy over our emerging rival, China.”

“Over the past decade, in U.S. war games against China, the United States has a nearly perfect record: We have lost almost every single time.”

“That’s a quote from a new book called The Kill Chain: Defending America in the Future of High-Tech Warfare, the most provocative critique of U.S. defense policy I’ve read in years. It’s written by Christian Brose, former staff director of the Senate Armed Services Committee and a close adviser to late senator John McCain (R-AZ). The book isn’t just a wake-up call, it’s a fire alarm in the night.”

David Frum: “But the most important thing to notice about the Trump-Fox blizzard of mania is how remote it is from anything that real-world voters care about. In 2015, Trump apprehended that most Republicans were talking about things that Republican voters did not then care about: deficits, taxes, productivity, and trade. In 2015, Trump apprehended that nobody was talking about things that Republican voters did care about: immigration, drugs, the declining status of less educated white men.”

“That Trump is gone. Today’s Trump has lost the plot. He’s talking about things most voters could not even understand, let alone care about.”