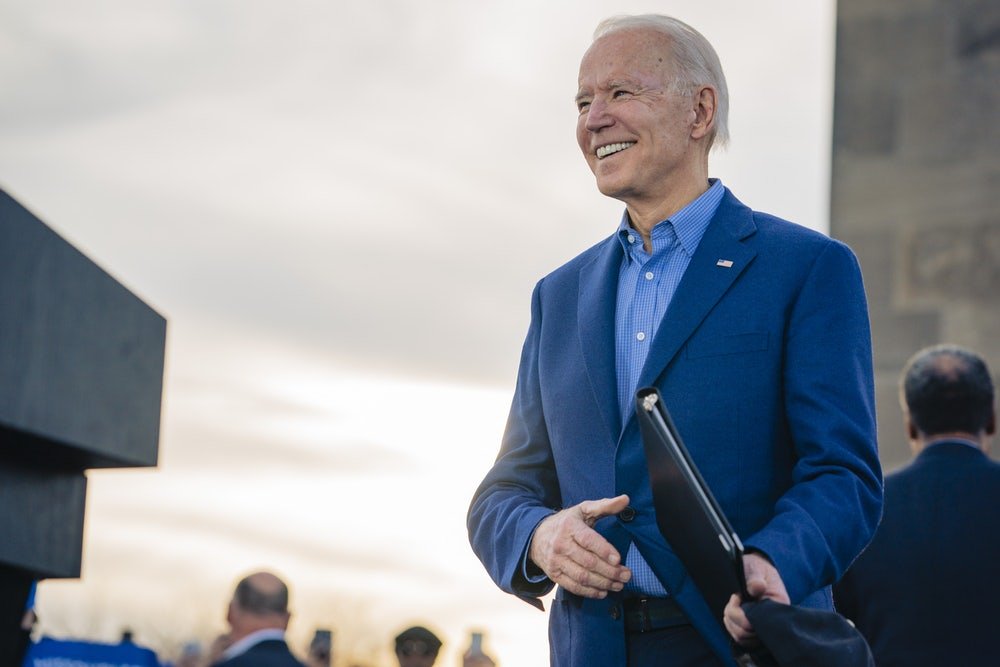 “The poll pegged Joe Biden at 47% of support and President Trump with 46%, within the margin of error of 4 percentage points. A small number of voters – just 5% – said they were undecided and 2% declined to answer.”

“President Trump is losing a critical constituency: voters who see two choices on the ballot — and hate them both,” Politico reports.

“It’s a significant and often underappreciated group of voters. Of the nearly 20% of voters who disliked both Clinton and Trump in 2016, Trump outperformed Clinton by about 17 percentage points, according to exit polls.”

“Four years later, that same group — including a mix of Bernie Sanders supporters, other Democrats, disaffected Republicans and independents — strongly prefers Biden, the polling shows. The former vice president leads Trump by more than 40 percentage points among that group.”

“Republican voters have undergone a significant shift on the coronavirus in a few short weeks,” according to a new Politico/Morning Consult poll.

“A month ago, half of GOP voters said they were more worried about public health than the economy. Now, fewer than 2 in 5 say their concerns about the physical dangers of the virus outweigh their fears of a free-falling economy — a 13 percent drop. And the percentage of Republicans who said it was more important for the government to address the spread of the virus than the economy fell 22 points, from 65 percent to 43 percent, versus a 15-point drop overall.

“Governors collectively have been winning widespread praise from the public for their handling of the coronavirus outbreak, often with the kind of bipartisan approval that has eluded President Trump,” according to a Washington Post-Ipsos poll.

“Republican governors who have embraced reopening their states are struggling to achieve that consensus.”

“The survey reveals a wide range in the assessments of Republican governors, but not for their Democratic counterparts. The disparities appear to be linked not solely to partisanship, but also to the differing paths the governors have adopted as they seek to balance efforts to contain the spread of the virus while trying to limit the damage to their economies.”

“As the coronavirus spreads across the country, Americans are curbing their expectations about when it will be safe for gatherings of 10 or more people, with about 2 in 3 adults now saying it will not be until July or later before those events can happen,” according to a Washington Post-University of Maryland poll.

“The findings provide more evidence that Americans remain worried about the threat of the virus and cautious about efforts to lift stay-at-home restrictions and to reopen businesses, even as many governors have begun to move in that direction. In the face of plans in many states to gradually ease those limitations, significant majorities of Americans continue to emphasize the need for social distancing and other safety measures.”

“Mike Garcia (R) jumped to an early lead Tuesday over Christy Smith (D) in the runoff for a House seat in the Los Angeles suburbs, raising GOP hopes of flipping a blue California Congressional District for the first time since 1998,” the Los Angeles Times reports.

“Early results in the election to fill the remainder of Rep. Katie Hill’s first term showed Garcia, a defense industry executive, ahead of Democratic state Assemblywoman Smith of Santa Clarita by 12 percentage points, with 76% of precincts reporting.”

“The final tally in the nearly all mail-in ballot contest won’t be available for several days — ballots postmarked by Tuesday and received by end of day Friday will be counted.”

Josh Kraushaar: “Republicans are growing increasingly worried that President Trump’s shaky political position will not just cost them the presidency, but also sweep in a Democratic Senate majority and further diminish their House minority. The latest round of polling shows the president losing to Joe Biden, as well as Democrats gaining ground in red-state Senate seats that once looked like long shots, from Georgia to Montana to Kansas. There’s a growing chance that Democrats may capture control of the Senate with a seat or two to spare.”

“The current political environment is reminiscent of 2008, two years after Democrats swept control of the House and Senate under President George W. Bush. It’s mostly remembered for Barack Obama’s historic election, but the Democrats’ downballot dominance was just as remarkable. Riding deep dissatisfaction with GOP leadership, Democrats expanded their Senate majority to a near filibuster-proof margin and won House seats in some of the most reliably conservative territory in the country.”

New York Times: “The Trump campaign’s efforts to gain more black support, if only marginally, have now run into one of the grimmest realities of the coronavirus: It is killing African-Americans at disproportionately high rates, and depriving them of jobs in high numbers as well.”

“Mr. Trump has only fleetingly addressed the virus’s outsize impact on black Americans, and made no apparent effort to aggressively tackle the racial disparities, even as he continues his online appeals to black voters. Taken together, his lack of response, combined with political overtures, have cast into sharper relief his insensitivity about the unique concerns facing black Americans.”

“The Supreme Court on Wednesday takes up a ‘faithless elector‘ challenge to the Electoral College, a sleeper case with potentially big ramifications for how the country chooses a president and one that could allow just a few people to decide the outcome of a close election,” NBC News reports.

With Joe Biden effectively securing the 2020 Democratic nomination in early April and the coronavirus crisis eclipsing news about the election, Americans’ attention to the presidential campaign has waned, Gallup finds.

Fifty-nine percent of U.S. adults polled, down from 67% in mid-February, said they had given “quite a lot” of thought to the upcoming election for president.

Americans’ attention to the campaign is now essentially back to the level recorded from last August through mid-January, before the presidential primaries got underway.

Peter Nicholas: “Trump and his allies are working to graft his own vulnerabilities onto Biden, painting him as a feeble alternative to a president tested by the coronavirus pandemic and the economic tailspin it’s caused. In TV ads and public statements, they’re arguing that Biden couldn’t revive the economy, defeat the virus, or stand up to Chinese leaders, whom Trump now blames for the outbreak.”

“Yet Trump is betting that he can stoke enough doubts about Biden’s leadership that his own record looks preferable by comparison. Trump wins if voters view the race as a clear choice between Biden and him, but if ‘the election becomes a referendum on Trump, it’s a much closer call,’ one senior Trump-administration official told me.”

Kara Eastman (D) defeated Ann Ashford (D) in the party primary for the U.S. House of Representatives seat to advance to the November general election against the Rep. Don Bacon (R), the Omaha World Herald reports.

“Rep. Alexandria Ocasio-Cortez (D-NY) will co-chair a task force for Joe Biden’s campaign on climate change, a move that adds progressive credentials to the former vice president’s effort to unify the party ahead of the general election,” CNN reports.

Richard Wilkerson, a prominent donor to Sen. Lindsey Graham (R-SC), writes in the Greenville News that he supported the senator until 2017 when he “started having real misgivings about him when he failed to mount any significant defense” of the late Sen. John McCain (R-AZ), who President Trump frequently attacked.

Said Wilkerson: “I asked myself, ‘What is the character of a man who will not defend his best friend? If he won’t defend John McCain, why would I expect him to defend any of us in South Carolina?’”

Joe Scarborough: “Republican incumbent senators in Arizona, Colorado, Montana, Maine and North Carolina face serious threats from their Democratic opponents in recent polls. Once-safe states such as Kansas and Georgia are in play, and Trump himself is losing head-to-head matchups with presumptive Democratic nominee Joe Biden in Wisconsin, Michigan, Pennsylvania, North Carolina and Florida. Recent polls show the two are even tied in traditionally Republican strongholds like Georgia and Texas.”

“With the prospects of a historic Democratic landslide building with every Trump news conference, every deranged tweet, every racist remark, wouldn’t now be the time for Republican candidates to stand up, speak out and finally stop following a man so ill-equipped for the presidency?”

“To quote Trump himself, with control of Congress and the White House slipping away: ‘What the hell do they have to lose?’”

A new ad from Joe Biden proves that President Trump’s own words are his worst enemy in his re-election campaign.

The Center for American Women and Politics reports that more women have filed to run for U.S. House seats in 2020 than in any year in history.

The 490 women who have filed this year outpace even the record-breaking 2018 midterms. And 14 states have yet to file.

Kristen Soltis Anderson: “For the last decade, I have been one of the loudest voices preaching that Republicans are in trouble with this massive cohort of younger voters, that policy positions on both cultural and economic issues have increasingly put the GOP out of step with the millennial generation. Many of these trends have continued with the emergence of Generation Z, which tends to share many of the political views of its elder brothers and sisters, with a dash of heightened worry about climate change and emphasis on gender, racial, and gay and transgender equality.”

“I am here to tell Republicans that while their struggle with younger voters still remains a critical long-term challenge, an even graver short-term threat has emerged: declining support among seniors.”

A smart point from Benjy Sarlin: “One risk for Trump turning reopening plans into a polarized political issue is that — even setting aside the public health aspect — if a large swath decides it’s not safe to go out based on partisan instincts that would itself do grievous damage to the economy.”

“We’re used to thinking of these debates in terms of votes, not dollars. But if blue metro areas are scared to go out, they’re not just voting blue as usual, they’re not spending/hiring. The more you turn it into partisan war, the harder it becomes to convince them they’re safe.”

0 comments on “The Campaign Report – Georgia on my mind”