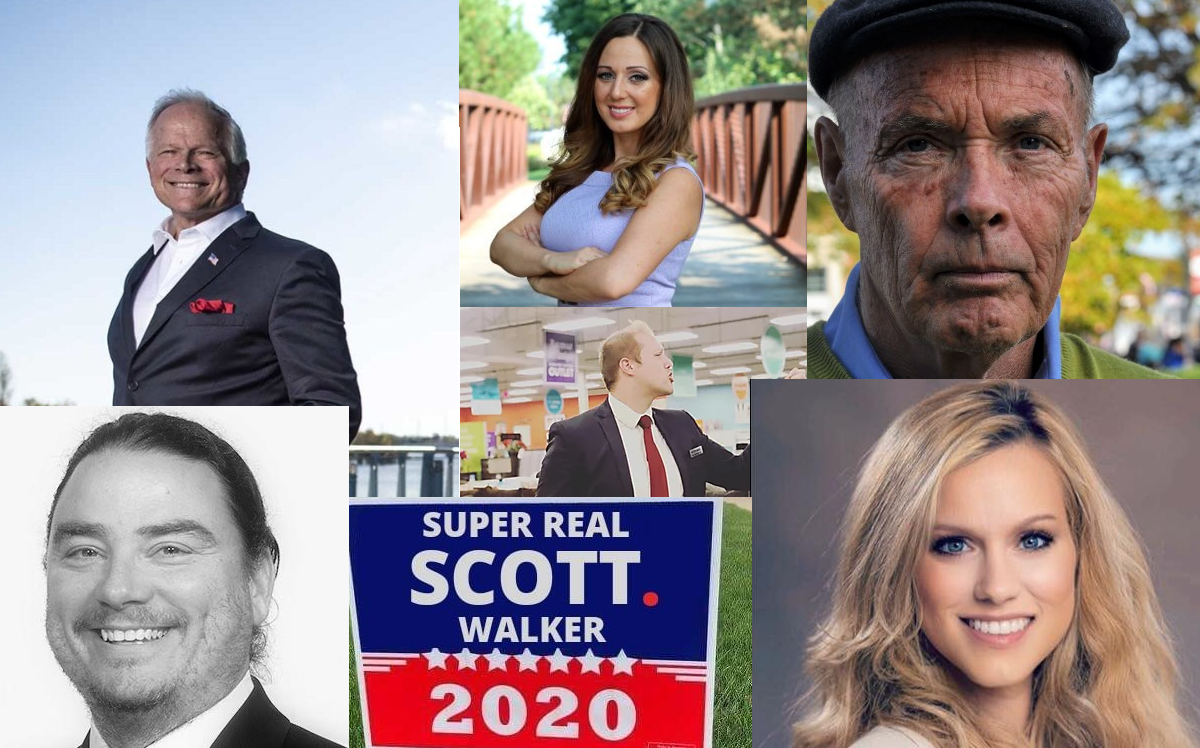 The Republicans are finally beginning to field candidates for the top statewide jobs. Not with stellar and credible candidates, mind you, but just with warm bodies that some may call human beings in the strict biological sense.

For the U.S. House, we have an actual Republican primary for the seat currently occupied by Democratic Congresswoman Lisa Blunt Rochester. First, you have actor Lee Murphy running again for the seat. He lost in the primary in 2018 to arbor vandal and insane person Scott Walker, who himself is allegedly running for some kind of office this year, but more on that in a moment. Second, we have Trumpist and reformed gay basher Matthew Morris.

For Governor, I have placed Kenny Family ShopRite CEO Chris Kenny into that slot as I believe he is preparing to run as a Republican for the office. His name will remain there until he publicly states he is not running for office.

For the U.S. Senate, we have a Trumpist named Lauren Witke running in a primary against Delaware’s version of Scott Walker. Walker has seemed to have settled on running against Democratic U.S. Senator Chris Coons after going back and forth on possibly challenging Democratic Governor John Carney, whom Walker has sued over the COVID-19 shutdown restrictions.

They still have to find candidates in 28 General Assembly races.

Anne Kerner, pictured above in the blue on the bridge, is also apparently running for something, but it is not immediately clear for what. Her newly created Twitter account says she is running for Governor. But she just filed FEC Forms 1 and 2 (Statement of Candidacy) with the Federal Election Commission indicating that she is seeking the office of U.S. Representative. And yet, her committee name that filed the forms with the FEC is titled Anne Kerner for Governor 2020. I’d say she is confused. I am going to put her on the chart as challenging Lisa Blunt Rochester for now, since that is the office she has officially filed for with the FEC, no matter her committee name.