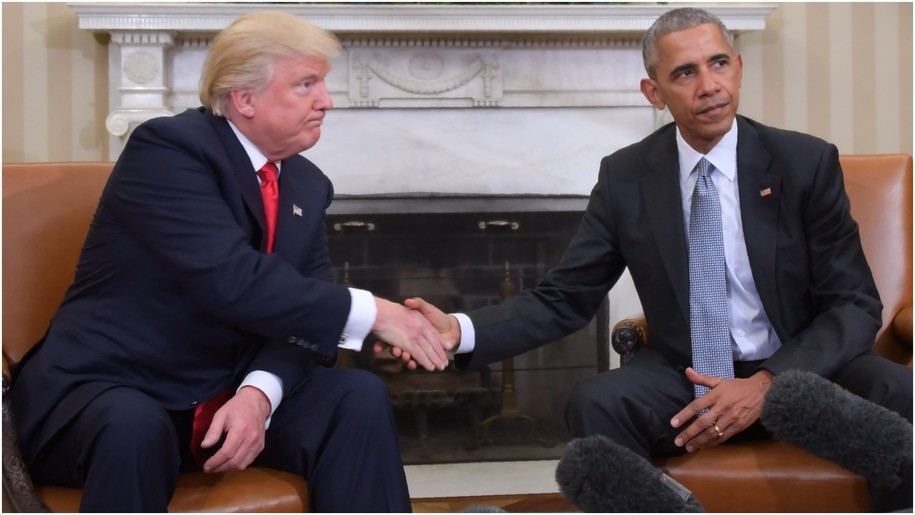 White House economic adviser Kevin Hassett told CBS News he expects the unemployment rate to climb past 20% due to the economic fallout from the coronavirus pandemic, predicting that May or June will be the high point for job losses.

Said Hassett: “Right now, looking across the U.S., there are more than 30 million people that are getting initial claims from unemployment insurance, and that’s the biggest negative shock to the jobs market that we’ve seen since World War II.”

Treasury Secretary Steven Mnuchin said reopening the economy amid the coronavirus pandemic must be done in a “thoughtful way” but that not lifting lockdown measures could lead to “permanent economic damage,” The Hill reports.

Since Flynn had been accused of lying to the vice president, Pence’s blessing clears an obstacle to him returning to Trump’s inner circle.

“Nearly a third of Kentucky’s labor force has filed for unemployment insurance, the largest share of any U.S. state, partly reflecting officials’ encouragement to do so and an early move to expand workers’ eligibility,” the Wall Street Journal reports.

“In Ball’s account, Pelosi is as tough as bullets. She knows how to count votes, how to negotiate (both from a position of strength and from a position of weakness) and how to herd her tribe; she knows what can get passed, against the odds — like the Affordable Care Act — and what can’t. She has the courage to tell her fellow female House members face to face, with tears in her eyes, that government-funded abortions have to be removed from the ACA for it to get through. These are lost skills in American politics, atrophied in the modern-day rush to preen and tweet. They are small-room, off-camera skills. Ball makes a convincing case that no woman could have made it to the top without them.”

South Korea’s President Moon Jae-in said the country should “brace for the pandemic’s second wave,” the BBC reports, as officials confirmed 34 new coronavirus cases on Sunday — the highest daily number in a month.

Bloomberg: “A potential second wave of coronavirus infections could be possible in South Korea after confirmed cases suddenly increased after a lull, with a surge tied to nightclubs in Seoul.”

The photo released by the White House shows more than a dozen men of advanced age, at least one of whom has had recent exposure to the coronavirus, in a small enclosed space for a prolonged period of time. None of them had face masks.

“Taking a different tack than most other nations, British Prime Minister Boris Johnson is expected to extend the bulk of the country’s coronavirus lockdown restrictions for three weeks or so when he speaks to the nation Sunday evening,” the AP reports.

“Johnson, more than other world leaders, has seen the virus up close. He returned to work only two weeks ago following a hospitalization for COVID-19 that nearly cost the 55-year-old his life.”

“The White House on Saturday scrambled to deal with the fallout from two aides testing positive for the coronavirus, as officials who were potentially exposed responded differently, with some senior members of the pandemic task force self-quarantining while others planned to continue to go to work,” the Washington Post reports.

“The conflicting ways in which officials and aides are responding after two staff members were diagnosed with the coronavirus this past week — Pence spokeswoman Katie Miller and a military valet to the president — continued to raise questions about how the White House is responding to the challenge of maintaining a safe work environment for Trump, Pence and their staff.”

“Two members of the White House coronavirus task force placed themselves in quarantine after contact with someone who tested positive for COVID-19, another stark reminder that not even one of the nation’s most secure buildings is immune from the virus,” the AP reports.

The New York Times reports it’s “the latest sign of worry that the coronavirus could be spreading through the senior ranks of the Trump administration.”

Politico: “Six weeks into his tenure as chief of staff, Meadows is adjusting to the ways of a White House, where the president often announces policy changes with little discussion and many decisions become opportunities for various factions to advance their agendas. And Kushner is the figure who has consistently loomed large over those choices.”

“Kushner’s power has been growing since midway through Trump’s term when Meadows’ predecessor, Mick Mulvaney, became acting chief of staff with a vow to let Trump be Trump. Meadows had been expected to take a more hands-on approach than Mulvaney, but some people in and around the White House say his attempts to assert himself have run into Kushner.”

“The White House is pushing a return to its failed experiment in relying on temperature screening of air travelers to detect coronavirus despite vehement objections from the nation’s top public health agency,” internal documents obtained by USA Today show.

“The discord underscores the administration’s disregard for science and the diminished standing of the Centers for Disease Control and Prevention at a moment when local governments, businesses and community leaders are seeking direction on how to reopen safely.”

“The United States has scaled back its role on the world stage, taken actions that are undermining efforts to battle the coronavirus pandemic and left the international community without a traditional global leader,” CNN  reports.

“The US — usually at the head of the table helping to coordinate in global crises — has declined to take a seat at virtual international meetings convened by the World Health Organization and the European Union to coordinate work on potentially lifesaving vaccines.”

“In a week when the novel coronavirus ravaged new communities across the country and the number of dead soared past 78,000, President Trump and his advisers shifted from hour-by-hour crisis management to what they characterize as a long-term strategy aimed at reviving the decimated economy and preparing for additional outbreaks this fall,” the Washington Post reports.

“But in doing so, the administration is effectively bowing to — and asking Americans to accept — a devastating proposition: that a steady, daily accumulation of lonely deaths is the grim cost of reopening the nation.”

HHS Secretary Alex Azar downplayed concerns over the public health conditions inside meatpacking plants, “suggesting on a call with lawmakers that workers were more likely to catch coronavirus based on their social interactions and group living situations,” Politico reports.

Azar said “that he believed infected employees were bringing the virus into processing plants where a rash of cases have killed at least 20 workers and forced nearly two-dozen plants to close.”