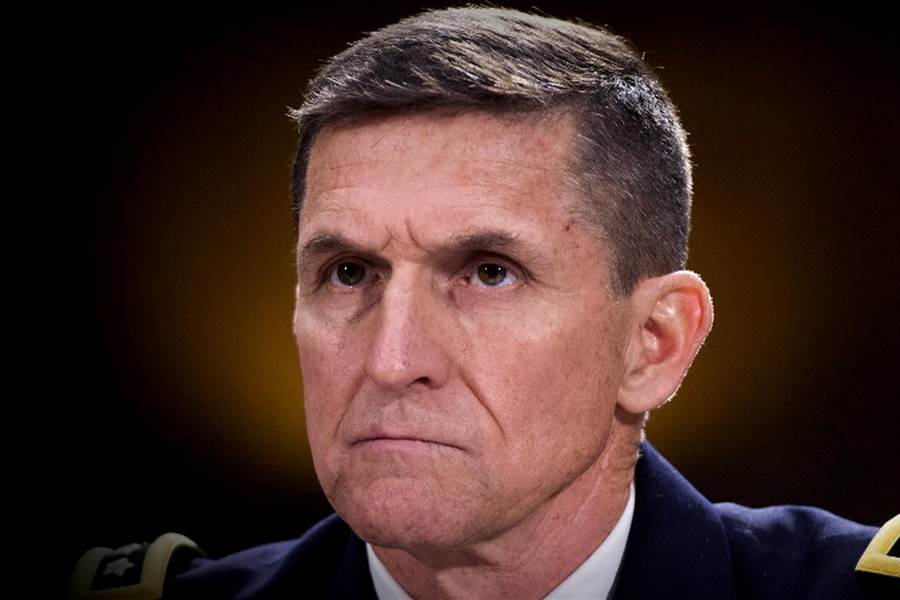 “The Justice Department on Thursday said it is dropping the criminal case against President Trump’s first national security adviser, Michael Flynn, abandoning a prosecution that became a rallying cry for Trump and his supporters in attacking the FBI’s Russia investigation,” the AP reports.

“The move is a stunning reversal for one of the signature cases brought by special counsel Robert Mueller.”

“It comes even though prosecutors for the last three years had maintained that Flynn had lied to the FBI about his conversations with the Russian ambassador in a January 2017 interview. Flynn himself admitted as much, and became a key cooperator for Mueller as he investigated ties between Russia and the 2016 Trump campaign.”

“A set of detailed documents created by the nation’s top disease investigators meant to give step-by-step advice to local leaders deciding when and how to reopen public places such as mass transit, day care centers and restaurants during the still-raging pandemic has been shelved by the Trump administration,” the AP reports.

“It was supposed to be published last Friday, but agency scientists were told the guidance ‘would never see the light of day.’”

Here’s a link to the CDC document on reopening the economy that the White House has reportedly told agency scientists “would never see the light of day.” It’s clear these guidelines would be very difficult to implement and underscores how much serious work must be done.

Reading the document confirms the mammoth undertaking ahead for the U.S. economy to reopen safely.

First Read outlines just a few of the questions:

While President Trump and his advisers seem to think there’s a choice between economic growth and the amount of death we’re willing to accept, it’s clear from reading these guidelines that economic normality is not even close to possible as long as public health is still at risk.

It’s obvious the White House’s decision to block release of CDC guidance for re-opening is because scientists are saying it’s too early and not safe. Trump won’t let administration doctors testify before the House of Representatives either.

But listen to what Corey Lewandowski, Trump’s first 2016 campaign manager and still a close ally, told The Pod’s Honest Truth with David Brody: “I’m very concerned. We’ve got 30 million Americans out of work right now, we’ve got an unemployment rate north of 19%. If you’re a political guy, that’s a devastating number, so you have to be concerned about it…

“It’s a huge gamble. If there is a resurgence, not just in the next four weeks or six weeks, but as the weather turns again, if come the fall in September, in October, we see an uptick again in the COVID-19 pandemic coming back because we didn’t handle it right the first time — we still don’t have testing and we don’t have a solution — that is devastating as an incumbent president of the United States.”

Lewandowski’s concern is that even if the economy begins to rebound this summer, we won’t be ready for a dreaded “second wave” of the coronavirus, killing thousands of more Americans — and the president’s reelection chances with them. Trump knows he can’t win reelection with the economy in a depression. So he’s gambling that all the top scientists are wrong about reopening and that he’s right. If he’s wrong, many thousands — perhaps tens of thousands — will die.

But that’s the bet Trump is willing to make. He knows it and one of his closest allies actually said it out loud.

Neil Irwin: “When released Friday morning, the April numbers will show exactly how stunning the American economy’s plunge has been. It will be hard to find words to capture what those tables of figures will show.”

“The last time the economy was in free fall, I wrote this: “The economy is unraveling so fast as to defy analysis through the usual statistical models. Among the phrases found in normally sober reports from the nation’s top economic forecasters yesterday: ‘god-awful,’ ‘wholesale capitulation,’ ‘shockingly weak’ and ‘indescribably terrible.’”

Another 3.2 million Americans filed for unemployment last week — pushing to more than 33.5 million in the past seven weeks since coronavirus lockdowns began, the Wall Street Journal reports.

President Trump has told advisers that he believes wearing a face mask would “send the wrong message,” the AP reports.

“The president said doing so would make it seem like he is preoccupied with health instead of focused on reopening the nation’s economy — which his aides believe is the key to his reelection chances in November.”

“Moreover, Trump, who is known to be especially cognizant of his appearance on television, has also told confidants that he fears he would look ridiculous in a mask and the image would appear in negative ads, according to one of the officials.”

Axios: “America’s daily rate climbed faster and higher (due in part to its larger population), but appears to have peaked at around 30,000 new cases per day in the first week of April.”

“But rather than falling, the rate stagnated. Outside of New York (which has bent its curve) the rate is actually continuing to climb.”

“The U.S. continues to record several times as many new cases each day as any other country has at any time during the pandemic.”

Wall Street Journal: “Early this year, several of Mr. Trump’s political advisers inside and outside the campaign urged him to take on China more directly, which they argued would have bipartisan appeal. One idea they suggested was a special commission to investigate the origins of the virus and whether Beijing responded sufficiently to control the outbreak.”

“Mr. Trump twice declined suggestions from his team in January to press Xi for more transparency about the virus’s causes and symptoms, in one case saying that the criticism could cause Beijing to be less helpful.”

Aaron Blake: “In fact, Trump didn’t just decline the suggestions; he actually went in the opposite direction. Trump repeatedly praised China’s coronavirus response through late February. And on two different occasions, he actually vouched for China’s transparency, despite the advice.”

New York Times: “New York City’s coronavirus outbreak grew so large by early March that the city became the primary source of new infections in the United States, new research reveals, as thousands of infected people traveled from the city and seeded outbreaks around the country.”

“The research indicates that a wave of infections swept from New York City through much of the country before the city began setting social distancing limits to stop the growth. That helped to fuel outbreaks in Louisiana, Texas, Arizona and as far away as the West Coast.”

CNN: “A new oversight panel established by House Speaker Nancy Pelosi has yet to get off the ground as Republican leaders weigh boycotting the panel amid accusations it is designed to hurt Trump.”

“Confronted with America’s worst public health crisis in generations, President Trump declared himself a wartime president. Now he has begun doing what past commanders have done when a war goes badly: Declare victory and go home,” the New York Times reports.

“The war, however, does not seem over. Outside New York, the coronavirus pandemic in the United States is still growing, not receding. The latest death toll estimates have more than doubled from what Mr. Trump predicted just weeks ago. And polls show the public is not ready to restore normal life.”

“But Mr. Trump’s cure-can’t-be-worse-than-the-disease logic is clear: As bad as the virus may be, the cost of the virtual national lockdown has grown too high. With more than 30 million people out of work and businesses collapsing by the day, keeping the country at home seems unsustainable. With the virus still spreading and no vaccine available until next year at the earliest, though, the president has decided that for life to resume for many, some may have to die.”

Hours after Arizona Gov. Doug Ducey (R) accelerated plans to reopen businesses, saying the state was “headed in the right direction,” his administration halted the work of a team of experts projecting it was on a different — and much grimmer — course, the Washington Post reports.

“On Monday night, the eve of President Trump’s visit to the state, Ducey’s health department shut down the work of academic experts predicting the peak of the state’s coronavirus outbreak was still about two weeks away.”

“Top Democratic lawmakers say the Trump administration should share with Congress the allegedly ‘enormous’ evidence showing that the coronavirus sprang from a Chinese lab,” Politico reports.

“Otherwise, they warn, the administration should quit hyping questionable information.”

“A top donor to President Trump and the Republican National Committee will be named the new head of the Postal Service, putting a top ally of the president in charge of an agency where Trump has long pressed for major changes in how it handles its business,” the Washington Post reports.

Peter Wehner: “In case there was any doubt, the past dozen days have proved we’re at the point in his presidency where Donald Trump has become his own caricature, a figure impossible to parody, a man whose words and actions are indistinguishable from an Alec Baldwin skit on Saturday Night Live…”

“I could have picked a dozen other examples over the past 10 days, but these five will suffice. They illustrate some of the essential traits of Donald Trump: the shocking ignorance, ineptitude, and misinformation; his constant need to divide Americans and attack those who are trying to promote social solidarity; his narcissism, deep insecurity, utter lack of empathy, and desperate need to be loved; his feelings of victimization and grievance; his affinity for ruthless leaders; and his fondness for conspiracy theories.”

“None of these traits are new in Trump; they are part of the reason why some of us were warning about him long before he won the presidency, even going back to 2011. But, more and more, those traits are defining his presidency, producing a kind of creeping paralysis. We are witnessing the steady, uninterrupted intellectual and psychological decomposition of an American president. It’s something the Trump White House cannot hide—indeed, it doesn’t even try to hide it anymore. There is not even the slightest hint of normalcy.”

“In the unanimous ruling, which further chips away at the nation’s public corruption case law, the justices concluded that the two defendants — Bridget Anne Kelly and Bill Baroni — did not defraud the government of its ‘property’ by closing off two local access lanes to the George Washington Bridge over three days in September 2013.”