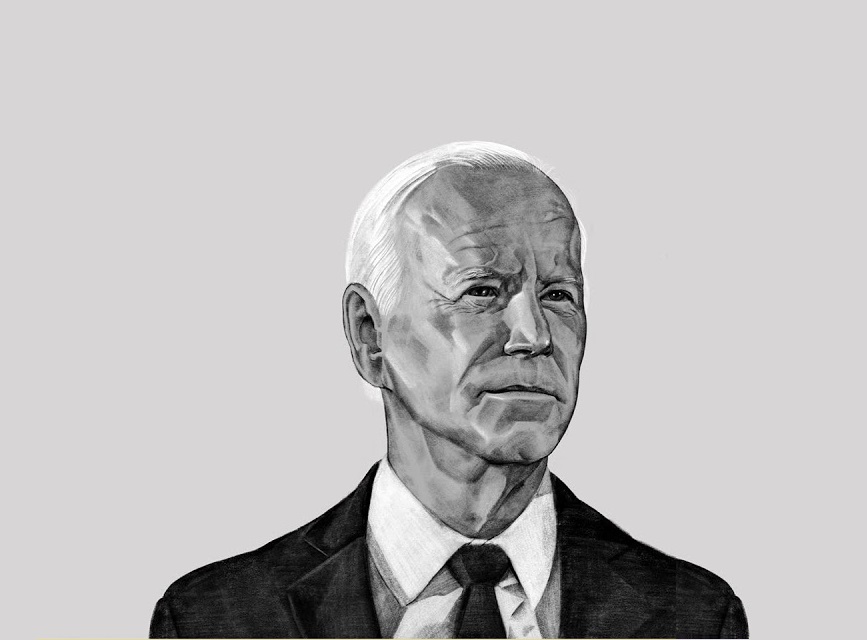 Trump won four of these states — all but Maine and Colorado — in 2016.

The poll also found the Democratic challengers leading the GOP incumbent senators, 46% to 41%.

“Americans, by a large 30-point margin, are resistant to re-opening the country now, believing the risk to human life of opening the country outweighs the economic toll of remaining under restrictive lockdowns — a concern that starkly divides along partisan lines,” according to a new ABC News/Ipsos poll.

More worrying: A quarter of Americans said they were not likely to get vaccinated, even if a safe vaccine was developed.

President Trump’s campaign manager Brad Parscale compared the organization he built — during the middle of a pandemic — to the Death Star. Said Parscale: “For nearly three years we have been building a juggernaut campaign (Death Star). It is firing on all cylinders.”

“Senate Republicans are quietly beginning to contemplate the possibility of an election-year confirmation battle for the Supreme Court,” Politico reports.

“Justice Ruth Bader Ginsburg’s hospitalization this week and the looming end of the Supreme Court’s term raise the prospect of yet another prized vacancy for President Trump. And if there is a surprise opening or retirement in the months before the presidential election, GOP senators plan to act on it, despite denying President Barack Obama a Supreme Court seat in an election year.”

“Citing public health concerns over millions of Californians showing up at voting locations this fall, Gov. Gavin Newsom (D) on Friday ordered ballots to be mailed to the state’s 20.6 million voters for the November election while imposing strict new rules for anyone who participates in person,” the Los Angeles Times reports.

Politico: “With Trump’s poll numbers sagging amid his handling of the coronavirus pandemic, the offensive underscores how his advisers believe they must turn the race into a choice election between the president and Biden, rather than solely a referendum on Trump’s performance.”

“The cash-flush campaign is slated to more than $10 million on an advertising blitz across broadcast and cable channels, as well as online.”

“President Trump is thirsting to hold campaign rallies again. And among his campaign and White House advisers, a possible solution has been discussed that could allow for such MAGA gatherings even in the midst of a global pandemic: the mostly defunct, rural tradition of the drive-in movie theater,” the Daily Beast reports.

“Trump aides and operatives have spent weeks exploring alternatives to the standard Trump 2020 rally that could allow for social distancing while still allowing for a modest number of attendees. Much of the focus has been on sprawling outdoor venues, such as large fields. And one of the top ideas for this coronavirus-era workaround that is currently being floated would rely on repurposing drive-ins for a political gathering.”

“Joe Biden is making a series of hires to expand the team that will oversee the day-to-day operations of his presidential campaign heading into the general election,” the Wall Street Journal reports.

Washington Post: “Campaign officials, who declined to respond to Trump’s jibe Friday, have not yet signaled when Biden plans to leave his property.”

“Instead, the team is mapping a strategy that continues to emphasize virtual campaigning — effectively creating a contrast with Trump, who is eager to portray a sense that the country is returning to normal.”

“With unemployment at its worst rate since the Great Depression, and deaths from COVID-19 still rising in most of the country, President Trump argued Friday that Americans should not hold him responsible for the calamity on his watch,” the Los Angeles Times reports.

“Less than six months before Election Day, Trump’s new campaign message — don’t blame him — is a risky bet that voters will credit his efforts to fight the pandemic and revive the moribund economy, and not hold him accountable for the administration’s much-criticized response and the 75,000 U.S. deaths so far, the most of any country.”

“I think it’s very clear it may not be possible to host a convention as planned.” — Charlotte City Councilmember Edmund Driggs (R), quoted by the New York Times, on the Republican convention.

Joe Biden’s allies are being told to sharpen attacks on President Trump’s stimulus efforts as thinly veiled “cronyism,” according to a memo being sent to Democratic officeholders, Reuters reports.

The strategy document says Trump’s post-pandemic stimulus contains “the largest corporate bailout in American history,” a kind of “cronyism,” that is “systematically rigged in favor of big businesses, the wealthy, and the financial sector – and against the working people and middle class families who are enduring the worst economic losses the country has faced in modern memory.”

President Trump said that he would help Joe Biden gain access to rapid tests for the novel coronavirus if his campaign asked for it, The Hillreports.

Said Trump: “Yes, 100 percent. I would love to see him get out of the basement so he can speak. Every time he talks it’s like a good thing.”

He added: “They don’t want him to come out. I’ll give them the test immediately. We would have it to them today.”

“The percentage of U.S. adults who evaluate their lives well enough to be considered ‘thriving’ has dropped to 46.4%, matching the low point measured in November 2008 during the Great Recession,” Gallup reports.