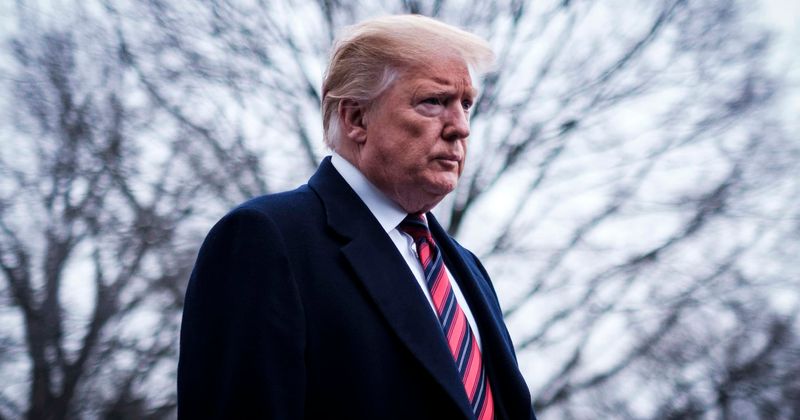 New York Times: “As President Trump presses for states to reopen their economies, his administration is privately projecting a steady rise in the number of cases and deaths from coronavirus over the next several weeks, reaching about 3,000 daily deaths on June 1, according to an internal document obtained by the New York Times, nearly double from the current level of about 1,750.”

“The numbers underscore a sobering reality: While the United States has been hunkered down for the past seven weeks, not much has changed. And the reopening to the economy will make matters worse.”

“President Trump scaled up the estimate he has used for the number of expected dead from the coronavrius — projecting that the U.S. toll may be as high as 100,000,” the Washington Post reports. “Trump had previously said that about 65,000 Americans would probably die of covid-19, the disease caused by the virus.”

“The United States recorded an estimated 37,100 excess deaths as the novel coronavirus spread across the country in March and the first two weeks of April, nearly 13,500 more than are now attributed to covid-19 for that same period,” the Washington Post reports. Dr. Larry Brilliant notes that confirmed and “possible” coronavirus deaths now exceed 100,000 in the United States.

Dan Balz: “As Washington has stumbled, governors of both parties have acted to fill the void. States have pleaded with Washington for help, and sometimes have gotten it. As often, however, the tensions and disagreements between state leaders and the federal government — especially with President Trump — have come to define the crisis.”

“As Trump dallied, governors moved on their own to order their residents to stay at home. When the president threatened to force states to lift those restrictions, governors resisted. When Trump supported protesters demanding that their states be opened up, many governors — though not all — said they would follow federal guidelines to the letter or even go beyond.”

“This display of state power is very much as the Founders intended when they established the nation.”

“President Trump on Sunday said he won’t support another round of coronavirus stimulus legislation unless it includes a payroll tax cut, a measure that has muted support among lawmakers in Congress,” The Hill reports.

“Vice President Mike Pence on Sunday said that he should have worn a mask when visiting the Mayo Clinic, a reversal that came after a harsh backlash for not adhering to the hospital’s policy during the coronavirus pandemic,” Politico reports.

Said Pence: “I didn’t think it was necessary, but I should have worn a mask at the Mayo Clinic and I wore it when I visited the ventilator plant in Indiana.”

Washington Post: “While aggressive federal and state intervention and temporary corporate measures have prevented a surge in evictions and foreclosures, the housing and rental market has fallen into a severe crisis that threatens the ability of millions of Americans to stay in their homes even if the coronavirus pandemic eases in the coming months.”

“The speed and broad reach of the disruption are likely to pit landlords and mortgage companies against homeowners and renters, with each side claiming it needs more assistance and fueling calls for billions in new aid for the housing sector.”

“The tension could explode this week as mortgage and rental payments come due for millions of Americans who have lost their jobs as the novel coronavirus has shuttered the U.S. economy.”

“For a nominee to helm the U.S. government’s intelligence apparatus, Rep. John Ratcliffe (R-TX) draws on some unusual sources of information,” the Daily Beast reports.

“Ratcliffe’s official, verified campaign Twitter account follows several accounts on the political fringe, including a 9/11 Truther account with just one follower besides himself and four promoting the outlandish QAnon conspiracy theory, which posits that the world is run by a cabal of Democratic pedophile-cannibals — and has been ruled a potential source of domestic terrorism by the FBI.”

“The Supreme Court is scheduled to hear oral arguments by teleconference Monday, taking a historic but modest step into the technological present,” the Washington Post reports.

“Forced from gathering in their grand courtroom because of the threats presented by the coronavirus, the justices will remotely hear 10 cases over the next two weeks. They are drawn from cases postponed in March and April. The justices have not sat as a group since March 9, doing their work and issuing opinions since then remotely.”

CNN: How to listen to the oral arguments.

Neil Irwin: “The United States economy is in free fall, with tens of millions of people unemployed and countless businesses at risk of collapse. Congress has already allocated nearly $3 trillion to contain the crisis, and it is widely understood that it will need to do more. Yet with stunning speed, the political conversation has pivoted from whatever-it-takes determination toward a different feeling: outrage.”

“Increasingly, lawmakers, media coverage and ordinary voters are focused not on preventing a potential depression, but on litigating which recipients of federal rescue are morally worthy and which are not.”

“In effect, a scramble is underway to define who counts as deserving of a piece of the multi-trillion dollar federal rescues. The risk is that this fuels a sense of scarcity, of zero-sum jockeying. It has the potential to limit the government’s response and suspend help to affected individuals, businesses and governments before the crisis is anywhere close to ending.”

“I’ve been telling everybody that my event horizon is about 36 months, and that’s my best-case scenario. I’m quite certain that this is going to go in waves. It won’t be a tsunami that comes across America all at once and then retreats all at once. It will be micro-waves that shoot up in Des Moines and then in New Orleans and then in Houston and so on, and it’s going to affect how people think about all kinds of things.”

— Laurie Garrett, author of the 1994 book, The Coming Plague, quoted by the New York Times.

Financial Times: “In the space of two months Covid-19 has laid waste to both ​Vladimir Putin’s political agenda and the economic model that underpins his regime, turning 2020 from a year scripted to usher in another decade of Putin rule into one that could undermine his supremacy.”

Said one foreign ambassador in Moscow: “It is pretty clear that this year has not gone to plan at all as far as Putin is concerned. The pandemic has had far more of an impact than he had hoped, and the economic fallout from all of this is going to be even bigger.”

“Massive stimulus to support the U.S. economy through the coronavirus crisis will cause the Treasury to borrow a record $3 trillion this quarter,” CNBC reports.

Indiana Gov. Eric Holcomb (R) “apologized to health care workers Sunday, the day after a photo was posted on Facebook showing him posing with two other people, none of whom were wearing masks,” the Indianapolis Star reports.