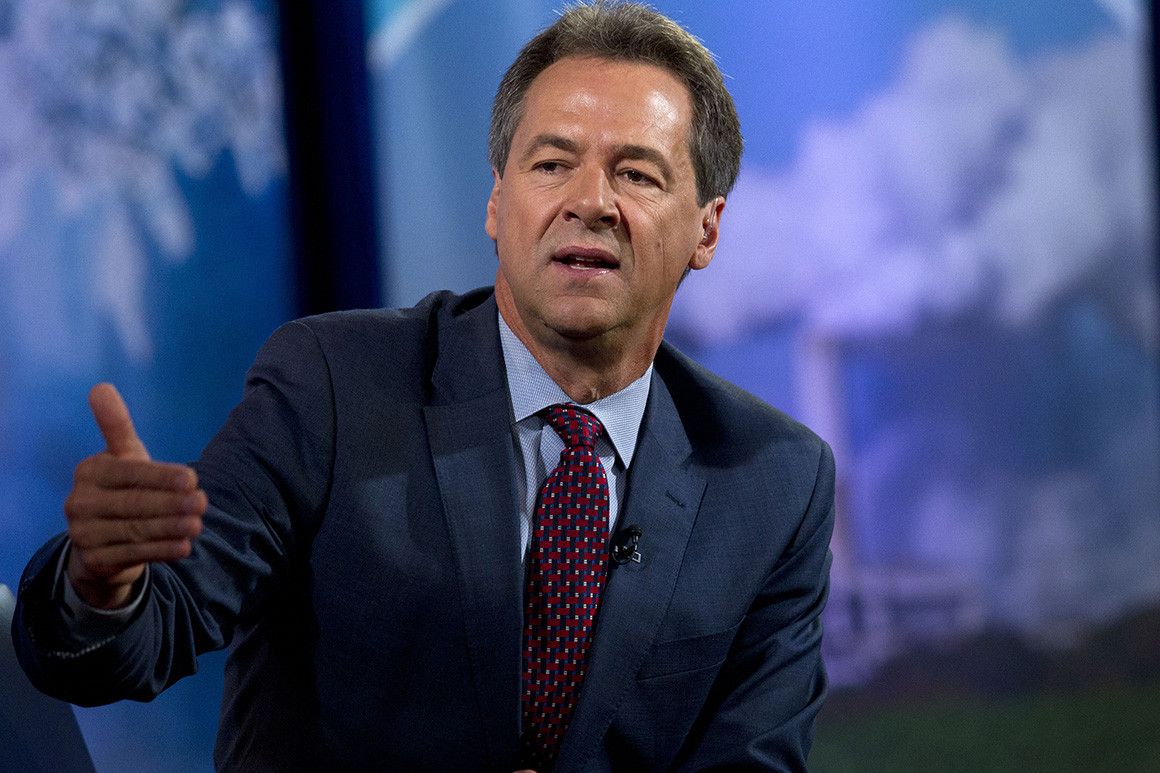 President Trump attacked the Republicans who put out the “Mourning in America” ad attacking him.

Said Trump: “A group of RINO Republicans who failed badly 12 years ago, then again 8 years ago, and then got BADLY beaten by me, a political first timer, 4 years ago, have copied (no imagination) the concept of an ad from Ronald Reagan, ‘Morning in America,’ doing everything possible to get even for all of their many failures.”

He added: “Their so-called Lincoln Project is a disgrace to Honest Abe. I don’t know what Kellyanne did to her deranged loser of a husband, Moonface, but it must have been really bad.”

David Axelrod and David Plouffe argue in the New York Times that Joe Biden needs to improve his digital operation and move on from relying solely on scripted speeches from his basement.

They write: “Mr. Biden can turn the tables on Mr. Trump. To do this, the challenger needs to behave more like an insurgent, building the capacity to wield facts, humor and mockery at lightning speed in those surreal moments of opportunity that Mr. Trump regularly provides.”

“Americans clearly oppose the reopening of restaurants, retail stores and other businesses, even as governors begin to lift restrictions that have kept the economy locked down in an effort to combat the coronavirus pandemic,” according to a Washington Post-University of Maryland poll.

“The opposition expressed by sizable majorities of Americans reflects other cautions and concerns revealed in the survey, including continuing fears among most people that they could become infected by the coronavirus, as well as a belief that the worst of the medical crisis is not yet over.”

“A group of voters backed by Democratic legal groups sued North Carolina on Monday seeking to loosen rules around absentee mail-in ballots amid predictions that the coronavirus pandemic will make voting by mail a widespread practice,” the Raleigh News & Observer reports.

“They want the state to provide prepaid postage on all absentee ballots, change a requirement for two witnesses to sign a ballot, extend the deadline for receipt of ballots until nine days after Election Day and give voters a chance to fix signature discrepancies before election officials reject those ballots.”

A new USA Today-Suffolk University poll found that 65% of Americans support mail-in voting as an alternative to in-person voting during a pandemic, while just 32% said they oppose it.

The city government in Milwaukee passed a law to mail absentee ballot applications with prepaid return postage to roughly 300,000 registered voters. Milwaukee is the largest Democratic stronghold in Wisconsin, a key battleground in the 2020 presidential election.

Texas Attorney General Ken Paxton (R) wrote that fear of contracting the coronavirus was an “emotional condition” and not a sufficient reason to request an absentee ballot.

Said Paxton: “A person ill with COVID-19 would certainly qualify as having a sickness. However, a reasonable fear of contracting the virus is a normal emotional reaction to the current pandemic and does not, by itself, amount to a ‘sickness,’ much less the type of sickness that qualifies a voter to receive a ballot by mail.”

Sen. Kelly Loeffler (R-GA) will reserve about $4 million worth of airtime for a trio of new ads pushing back on criticism about her stock transactions during the coronavirus pandemic, the Atlanta Journal Constitution reports.

The ads label the scrutiny from opponents, including Rep. Doug Collins (R-GA), as “liberal lies” and claim she’s “unfairly targeted all because she’s a strong conservative woman.”

New York Times: “Some Democratic leaders are discussing replacing their convention with a virtual gathering, and some Republicans are unsure about holding the big spectacle that President Trump wants. Yet even before the pandemic, a more fundamental debate was playing out: Has the American political convention become a ritual holdover from another age?”

“For all the organizing, money, time and energy poured into a four-day extravaganza of parties, speeches, forums, lobbying and networking, there is a strong argument that they have become among the less consequential events on the political calendar.”

Sen. Susan Collins is the unhappy target of a hard-hitting ad highlighting her fealty to big corporate donors over Mainers, especially during this pandemic. “The pain we’re feeling couldn’t be any more personal,” the narrator says as a local news anchor intones “The pandemic putting thousands of Mainers out of work.” It “doesn’t get more local,” the narrator continues, as the local news reports “business owners struggling and scared.”

The Democratic firm Public Policy Polling is out with another survey for the progressive group Progress Michigan, and it gives Democratic Sen. Gary Peters a 46-37 lead over Republican John James; the sample also supports Joe Biden 50-42. PPP, which is polling monthly for Progress Michigan, gave Peters a similar 45-38 edge at the start of April.

Doug Sosnik, who served as political director in the Clinton White House, put together an excellent presentation and memo that sets the stage for the next six months ahead of the presidential election.

To win re-election, Trump will focus on the Rust Belt states, and more specifically, on those likely to support him — non-college educated whites — who did not vote in 2016.