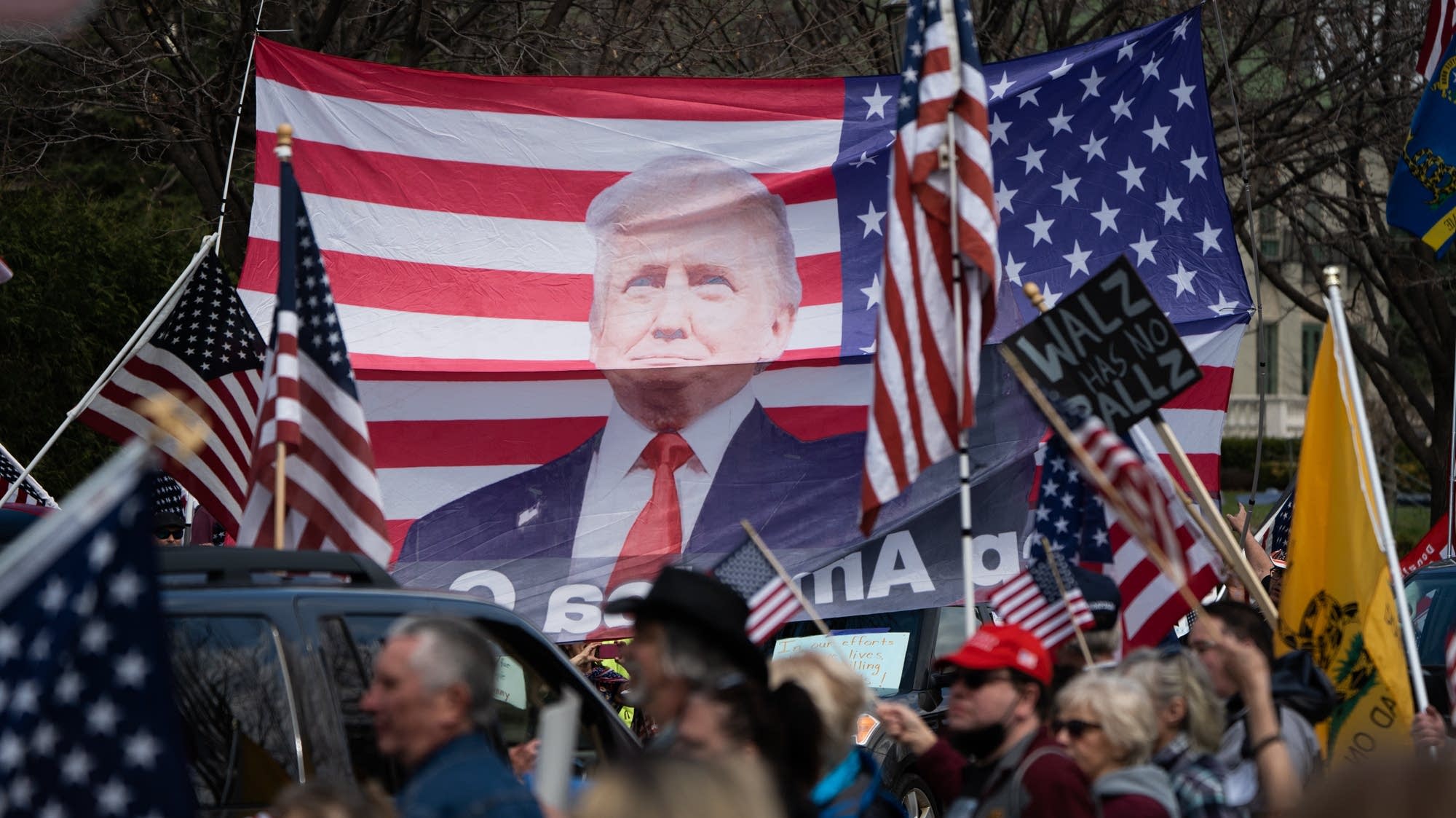 “As more states begin to relax their coronavirus lockdowns, most are falling short of the minimum levels of testing suggested by the federal government and recommended by a variety of public health researchers,” an Associated Press analysis has found.

Birx said the protesters at the rally were especially concerning because, “if they go home and infect their grandmother or their grandfather who has a comorbid condition, and they have a serious or an unfortunate outcome, they will feel guilty for the rest of our lives.”

New York Times: “The $660 billion Paycheck Protection Program was meant to extend a lifeline to small businesses battered by the pandemic, allowing them to keep employees on the payroll. But it has been dogged by problems. Countless small businesses couldn’t get money, and hundreds of millions of dollars instead flowed to publicly traded companies.”

“Now many of the small businesses that did get loans are sitting on the money, unsure about whether and how to spend it. That’s compromising the effectiveness of a program meant to help stabilize the country’s reeling economy.”

Said Reeves: “Things can change quickly. We have to stay flexible. Today, I was prepared to announce further reopenings. That was the plan and I was excited to get more of our people back to work. This was a large enough change to make me take a step back… and I have come to the conclusion that I must hold on for now.”

Politico: “Over nearly two days, Trump is expected to meet with his chief of staff Mark Meadows and other top advisers like Ivanka Trump, Jared Kushner, National Economic Council Director Larry Kudlow and press secretary Kayleigh McEnany to plan for his televised coronavirus town hall at the Lincoln Memorial on Sunday night and weigh various tax policy and regulatory proposals to boost the economy.”

“It’s all part of the White House’s broader strategy of shifting its coronavirus message to an economic one — a move the president’s political advisers believe plays more to his strengths as a former real estate developer.”

British Prime Minister Boris Johnson told The Sun that doctors prepared to announce his death as he battled coronavirus. Said Johnson: “It was a tough old moment, I won’t deny it. They had a strategy to deal with a ‘death of Stalin’-type scenario.”

He added: “I was not in particularly brilliant shape and I was aware there were contingency plans in place. The doctors had all sorts of arrangements for what to do if things went badly wrong.”

“President Trump is not happy with FBI director Christopher Wray and would love to replace him,” Axios reports. “Figures close to Trump tell him that Wray cannot be trusted to root out what they view as ‘corruption’ at the highest levels of the FBI.”

“But Trump has been deferring to Attorney General Bill Barr and is unlikely to remove Wray before the election.”

“The United States just had its deadliest day on record due to the coronavirus as states across the country begin to ease restrictions meant to curb the spread of the virus,” CNBC reports. “The U.S. saw 2,909 people die of Covid-19 in 24 hours.”

“President Trump is trying to return to business as usual amid the coronavirus pandemic,” The Hill reports.

“Trump, who has supplanted his daily coronavirus task force briefings for more controlled and structured appearances, is eager to get past the public health crisis that has dominated the news cycle since the end of February and allow businesses and American life to return to normal.”

Jonathan Swan: “Don’t expect fast action on the next coronavirus stimulus package, known on Capitol Hill as ‘phase 4.’ Senior sources in the Republican Senate conference tell me that most GOP senators want to wait a bit before passing another big aid bill.”

“The two parties are miles apart ahead of the next stage of talks.”

“America’s extremists are attempting to turn the coronavirus pandemic into a potent recruiting tool both in the deep corners of the internet and on the streets of state capitals by twisting the public health crisis to bolster their white supremacist, anti-government agenda,” the New York Timesreports.

“Although the protests that have broken out across the country have drawn out a wide variety of people pressing to lift stay-at-home orders, the presence of extremists cannot be missed, with their anti-immigrant and anti-Semitic signs and coded messages aimed at inspiring the faithful, say those who track such movements.”

Politico: “The Trump administration’s apparent lack of interest in cooperation has alarmed global health officials and diplomats as they seek to end a pandemic that has disabled economies and killed more than 240,000 people worldwide. The concerns are only deepening as President Trump and his aides squabble with China and the WHO over the origins of the virus.”

“The fear is that Trump will be content with allowing the race to develop and distribute the vaccine to devolve into a global contest — and that poorer countries will be left behind in the rush to procure doses. In essence: that the president’s ‘America First’ view of world affairs as an atavistic scramble for power will lead to unnecessary suffering and death.”

Evan Osnos reports from Greenwich, Connecticut, where he grew up, on how America’s country-club Republicans learned to love Donald Trump — and the quiet compromises that a person makes in the privacy of a voting booth.

“The story of Trump’s rise is often told as a hostile takeover. In truth, it is something closer to a joint venture, in which members of America’s élite accepted the terms of Trumpism as the price of power.”

Said Hassett: “A lot of it depends on things I have no expertise in.”

“That’s the surreal reality facing President Trump’s economic team as growth turns into contraction and 30 million Americans have lost their jobs. It is a Great Depression-level economic crisis that has everything to do with public health — but, unlike the 2008 financial collapse, very little to do with anything wrong in the underlying economy.”

“As a result, the tools economists typically use for adjusting supply and demand — targeted spending, tax cuts, changes to trade and regulatory policy — hold little power. The restoration of American prosperity lies more in the hands of the public health officials, epidemiologists and scientists racing to develop a coronavirus vaccine.”

Bloomberg: “Never before have U.S. municipalities been hit so hard or so quickly or in so many different ways as they are right now by the coronavirus pandemic.”

“With tax revenue plunging and unemployment benefit costs skyrocketing, budget shortfalls for state governments alone are projected to swell to more than $650 billion over the next three years, outpacing the Great Recession.”

New York Times: “In the most consequential mission of his career, Mr. Pence has tried to navigate the complexities of a mysterious disease and the vagaries of a mercurial president at the same time, steering the response to the most deadly pandemic in generations without getting caught up in the melodrama of the moment. Yet questions have lingered about how seriously he himself took the threat at first and what advice he gave the president in the days when it really mattered”

Another governor, who asked not to be named, said Mr. Pence never betrays what he really thinks about the president’s behavior: “Multiple times, I say, ‘But Mike, this is just crazy,’ and sometimes there will be a little pause and I’m waiting for him to say, ‘Yes, I know.’’ But he never does. Instead, Mr. Pence says, ‘I understand. Thank you for your input.’”