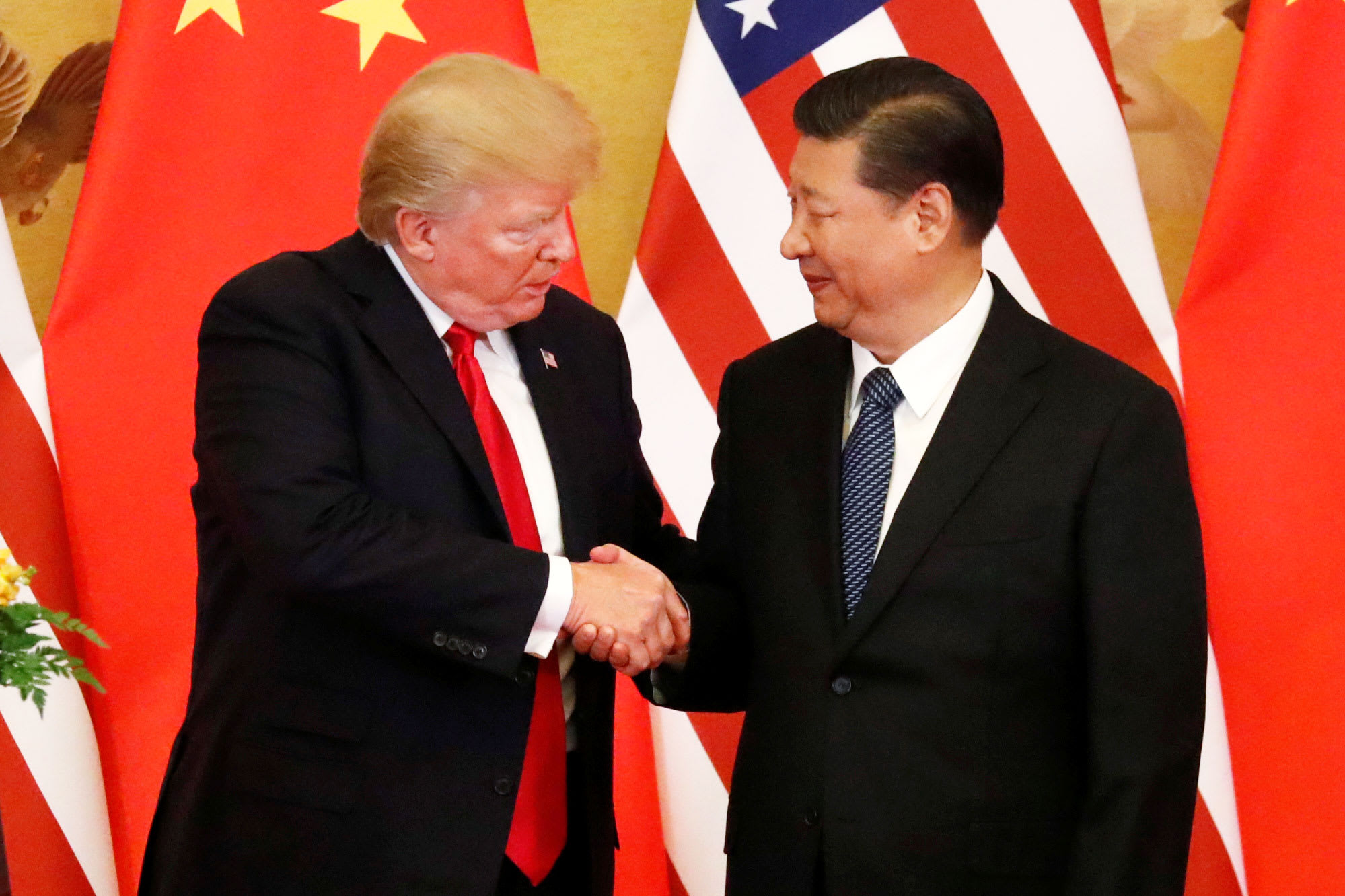 “Senior U.S. officials are beginning to explore proposals for punishing or demanding financial compensation from China for its handling of the coronavirus pandemic,” the Washington Post reports.

“The move could splinter already strained relations between the two superpowers at a perilous moment for the global economy.”

“President Trump has fumed to aides and others in recent days about China, blaming that country for withholding information about the virus, and has discussed enacting dramatic measures that would likely lead to retaliation by Beijing.”

Speaker Nancy Pelosi said she wants the next coronavirus rescue package to provide $1 trillion just for aid to states and cities, Bloomberg reports. She should just pass the bill first and tell McConnell to fuck off and she won’t pass any Senate bill without it.

U.S. consumer spending plunged 7.5% in March, reflecting the growing impact of the coronavirus pandemic as Americans complied with stay-at-home orders. The Commerce Department said that the spending decline was the sharpest monthly drop on records that go back to 1959, exceeding the previous record, a decline of 2.1% in January 1987.

Personal incomes also fell sharply last month, declining by 2% with wages and salaries, the largest part of incomes, falling by 3.1% as millions of Americans started getting lay-off notices. The report said that the country experienced big declines as “consumers canceled, restricted or redirected their spending.”

California Gov. Gavin Newsom (D) “will order all beaches and state parks closed starting Friday after people thronged the seashore during a sweltering weekend despite his social distancing order that aims to slow the spread of the coronavirus,” the AP reports.

“After a pained and somewhat public debate over discontinuing the daily White House coronavirus briefings, President Trump this week has attempted to bridge the gap between the wishes of his advisers and his own inclinations by moving the event elsewhere,” CNN reports.

“Instead of the blue-hued James S. Brady Briefing Room — where the last time he took questions he found himself veering into bleach and sunlight peril — Trump has convened with reporters each day this week: in the Oval Office, the East Room, the State Dining Room and the Rose Garden.”

“With a more limited crowd and — with the help of visiting governors and executives — a narrower focus, Trump and his aides hope to avoid the devolving spectacle they saw the previous briefings becoming.”

“Senior Trump administration officials have pushed American spy agencies to hunt for evidence to support an unsubstantiated theory that a government laboratory in Wuhan, China, was the origin of the coronavirus outbreak… The effort comes as President Trump escalates a public campaign to blame China for the pandemic,” the New York Timesreports.

“As Gov. John Bel Edwards (D) traded plaudits with President Trump at the White House over how each has handled the coronavirus, a partisan battle erupted back home with a group of GOP lawmakers working to build support for taking the unprecedented step of repealing the governor’s public health emergency declaration,” the Baton Rouge Advocate reports.

“Incensed by an extension of the state’s stay-at-home order until May 15, and a perceived lack of communication on Edwards’ behalf, a cadre of Republican legislators have been looking at a little-used law to overturn the public health emergency declaration and proclamations that have wreaked havoc in the state’s economy as businesses have closed and more than 350,000 workers have filed for unemployment.”

Georgia Gov. Brian Kemp (R) will lift a statewide shelter-in-place order for most of Georgia’s 10.6 million residents starting Friday as he continues to roll back coronavirus restrictions, though he urges Georgians to stay at home when possible to contain the pandemic, the Atlanta Journal Constitution reports.

The order requires elderly and “medically fragile” residents to shelter in place until June 12, and calls for businesses to follow a host of existing restrictions through May 13 in order to remain open.

Why are stocks climbing despite the terrible economic news? New York Times: “There are two main reasons: First, trillions of dollars of stimulus money from the Fed and Congress come with an implicit guarantee that the government will limit investors’ risk no matter how bad it gets. Second, the periodic glimmer of positive news fuels investors’ optimism that things can only get better.”

“Coronavirus cases are still rising in the District of Columbia, where more than 200 people have died of the disease. The House decided it was too dangerous to return to the Capitol. But Mitch McConnell’s Senate is coming back anyway,” Politico reports.

“The Senate majority leader is gambling that 100 senators can safely meet on the Senate floor and throughout the Capitol complex. Many of them will travel across the country for the Senate’s reopening, risking exposure on airplanes and in airports. And 49 senators are aged 65 or older and at greater risk of the deadly disease, according to the Centers for Disease Control and Prevention. Plus, the senators’ return will bring back hundreds of staffers and Capitol employees.”

“Now, with the economy in free-fall less than six months before voters cast their ballots and daily life disrupted, Trump is trying a new tact: making bold new promises about a swift economic rebound that experts and even members of his own party say are unrealistic.”

“The president and his allies have embraced optimism as a central part of his new reelection push, offering a rosy message about a swift return to normal life despite the rising death toll and jobless claims resulting from the outbreak.”

“Trump’s handling of the coronavirus crisis has produced a political emergency for the White House, with a raft of signs suddenly pointing to possible big trouble when he faces re-election six months from now,”  Axios reports.

New York Times: “The World Bank says that for the first time since 1998, global poverty rates will rise. By the end of the year eight percent of the world’s population — a half a billion people — could be pushed into destitution, largely because of the wave of unemployment brought by virus lockdowns.”

“The White House is weighing a possible trip by President Trump next week to Arizona, as the administration forges ahead with its effort to urge states to re-open their economies,” Bloomberg reports.

“Trump has been confined to the White House for more than a month because of the coronavius pandemic.”