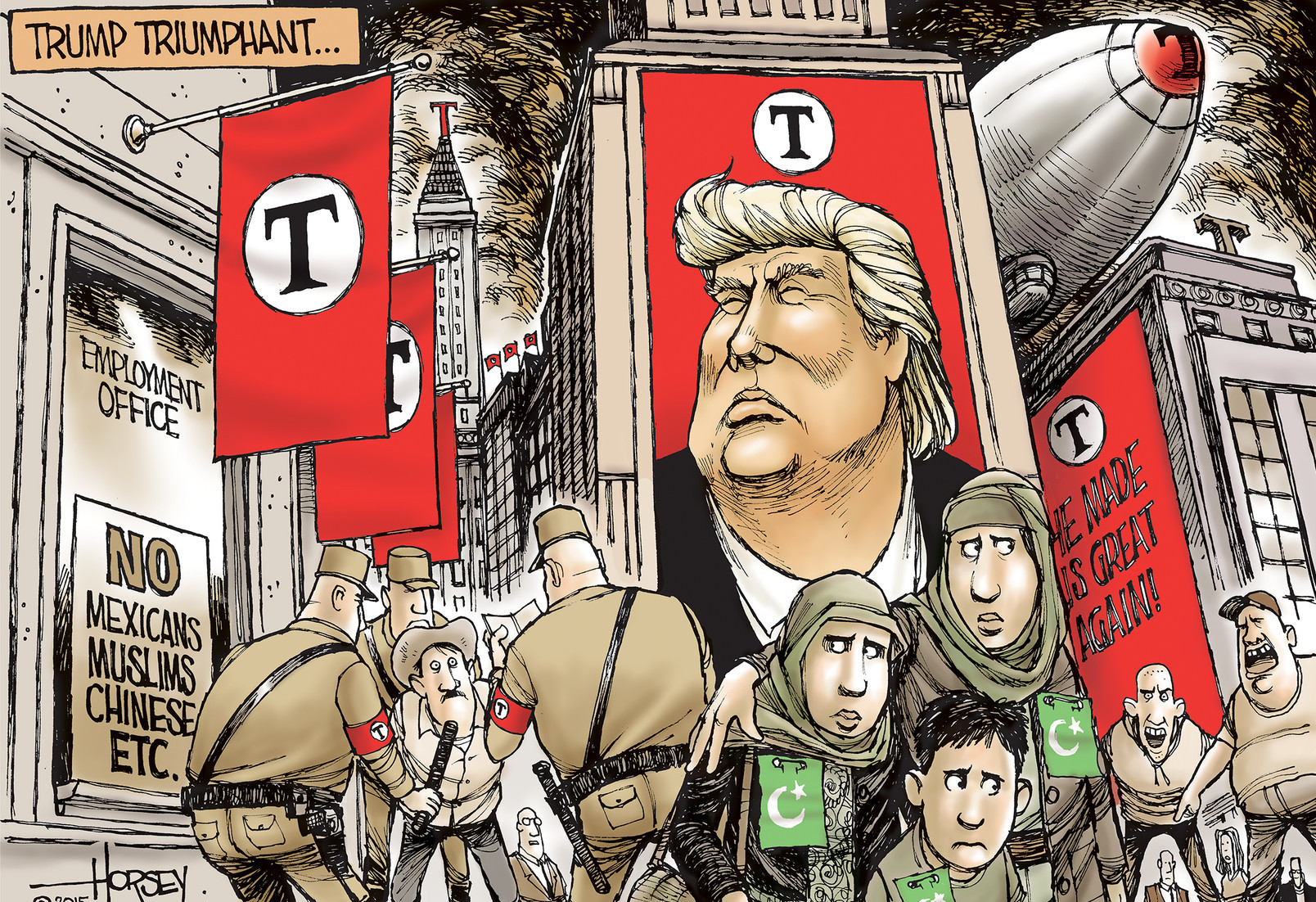 President Trump indicated he wouldn’t allow federal aid for states facing budget deficits from the coronavirus outbreak unless they take action against “sanctuary cities” — municipalities that prevent their police from cooperating with immigration authorities, Bloomberg reports.

“President Trump plans to order meat-processing plants to remain open, declaring them critical infrastructure as the nation confronts growing disruptions to the food supply,” Bloomberg reports. “Trump plans to use the Defense Production Act to order the companies to stay open, and the government will provide additional protective gear for employees as well as guidance.”

“To the surprise of exactly no one, President Trump resumed his daily coronavirus news briefings on Monday, just two days after tweeting that they were ‘not worth the time & effort’ and just hours after his own White House officially canceled the planned appearance,” the New York Times reports.

“The lure of cameras in the Rose Garden proved too hard to resist. For a president who relishes the spotlight and spends hours a day watching television, the idea of passing on his daily chance to get his message out turned out to be untenable despite his anger over his coverage. And so he was back, defending his handling of the pandemic and promising to reopen the country soon.”

Washington Post: “Republican and Democratic governors are warning of financial calamity if Washington doesn’t provide relief, some GOP lawmakers have joined with Democrats to call for a massive aid bill, and budget experts contend that leaving states to fend for themselves will only prolong the nation’s recovery from the economic shock brought on by the pandemic.”

“Still, Trump has pushed the idea that a federal aid package would largely benefit fiscally irresponsible states run by Democrats. It’s the latest attempt by the president to cast a partisan frame around a crisis that has ravaged much of the country with little regard for political affiliation.”

Politico: “Mitch McConnell is open to cutting a deal to provide reeling states and cities with relief during the pandemic-fueled recession. But it will come at a price.” He wants to limit the liability of businesses against future claims from workers arising from this pandemic or reopening without sufficient care for the safety of their employees.

House Majority Leader Steny Hoyer (D-MD) told reporters that the House will no longer come back next week after speaking to House physician, Politico reports. Said Hoyer: “We made a judgment that we will not come back next week.”

Axios: “The decision follows outcry from some members who had safety concerns. The Senate still plans to come back on May 4.”

Associated Press: “As some governors across the United States begin to ease restrictions imposed to stop the spread of the coronavirus, hopes are soaring that life as Americans knew it might be returning. But plans emerging in many states indicate that ‘normal’ is still a long way off.”

“White House adviser Dr. Deborah Birx says social distancing will be with Americans through the summer. Louisiana Gov. John Bel Edwards warns of a ‘different way of life’ until there is a widely available vaccine — maybe not until next year. New York Gov. Andrew Cuomo says: ‘There is no return to yesterday in life.’”

“From the beginning, the pandemic forced impossible choices: physical health or mental health? Economic well-being or medical safety? Most states joined the world and turned the dial down hard, closing shops and restaurants, factories and schools. Asking people to largely keep to their homes. Now, the dial is beginning to inch in the opposite direction.”

“The Congressional Budget Office now expects that the coronavirus will push the federal debt to the highest level in history, exceeding the previous record set during World War II,” the Washington Examiner reports.

“Taking into account the trillions of dollars in new spending and the economic downturn caused by the coronavirus and related shutdowns, CBO expects the U.S. to add $5.8 trillion to the debt in the next two years, bringing the debt to 108% of GDP by the end of 2021.”

Fintan O’Toole: “Over more than two centuries, the United States has stirred a very wide range of feelings in the rest of the world: love and hatred, fear and hope, envy and contempt, awe and anger. But there is one emotion that has never been directed towards the US until now: pity.”

“However bad things are for most other rich democracies, it is hard not to feel sorry for Americans. Most of them did not vote for Donald Trump in 2016. Yet they are locked down with a malignant narcissist who, instead of protecting his people from Covid-19, has amplified its lethality. The country Trump promised to make great again has never in its history seemed so pitiful.”

“Will American prestige ever recover from this shameful episode? The US went into the coronavirus crisis with immense advantages: precious weeks of warning about what was coming, the world’s best concentration of medical and scientific expertise, effectively limitless financial resources, a military complex with stunning logistical capacity and most of the world’s leading technology corporations. Yet it managed to make itself the global epicentre of the pandemic.”

“President Trump has been floating the idea — and McConnell is moving early to crush it and more generally, encouraging Republican senators to buck the president’s freewheeling spending ideas.”

Former Clinton White House press secretary Joe Lockhart writes that reporters should stop directing questions to President Trump who is “very adept at avoiding them.” Instead, Lockhart suggested questioning experts, pointing out that “none of them are as capable at lying or dodging the question as the president is.”

He added: “The more you pepper them with questions, the closer you’ll get to the truth. I always felt anxious when experts gave the briefings, not because they’d get something wrong, but because they would often say too much.”

He also urged reporters to work together: “My worst fear during a briefing was losing control of the room as reporters worked in tandem to pin me down on a particular subject — one that I often wanted to avoid.”

Margaret Sullivan: “Trump has played the media like a puppet. We’re getting better – but history will not judge us kindly.”

Wall Street Journal: “Oil prices slid further on Tuesday, signaling a bleak outlook for energy demand even as more countries move to restart their economies during the coronavirus pandemic. U.S. crude futures for delivery in June fell 17% to $10.65 a barrel, a day after the U.S. oil price benchmark tumbled 25%.”

China went on the offensive against international criticism over its handling of the coronavirus pandemic, AFP reports.

Said foreign ministry spokesman Geng Shuang: “American politicians have repeatedly ignored the truth and have been telling barefaced lies They have only one objective: shirk their responsibility for their own poor epidemic prevention and control measures, and divert public attention.”

President Trump suggested that he might seek damages from China over the outbreak, saying there were many options to “hold them accountable.”

“The Trump administration abruptly cut off funding for a project studying how coronaviruses spread from bats to people after reports linked the work to a lab in Wuhan, China, at the center of conspiracy theories about the Covid-19 pandemic’s origins,” Politico reports.

“Suddenly ending a grant early is an unusual move for the NIH, which typically takes such steps only when there is evidence of scientific misconduct or financial improprieties — neither of which it has alleged took place in this case.”