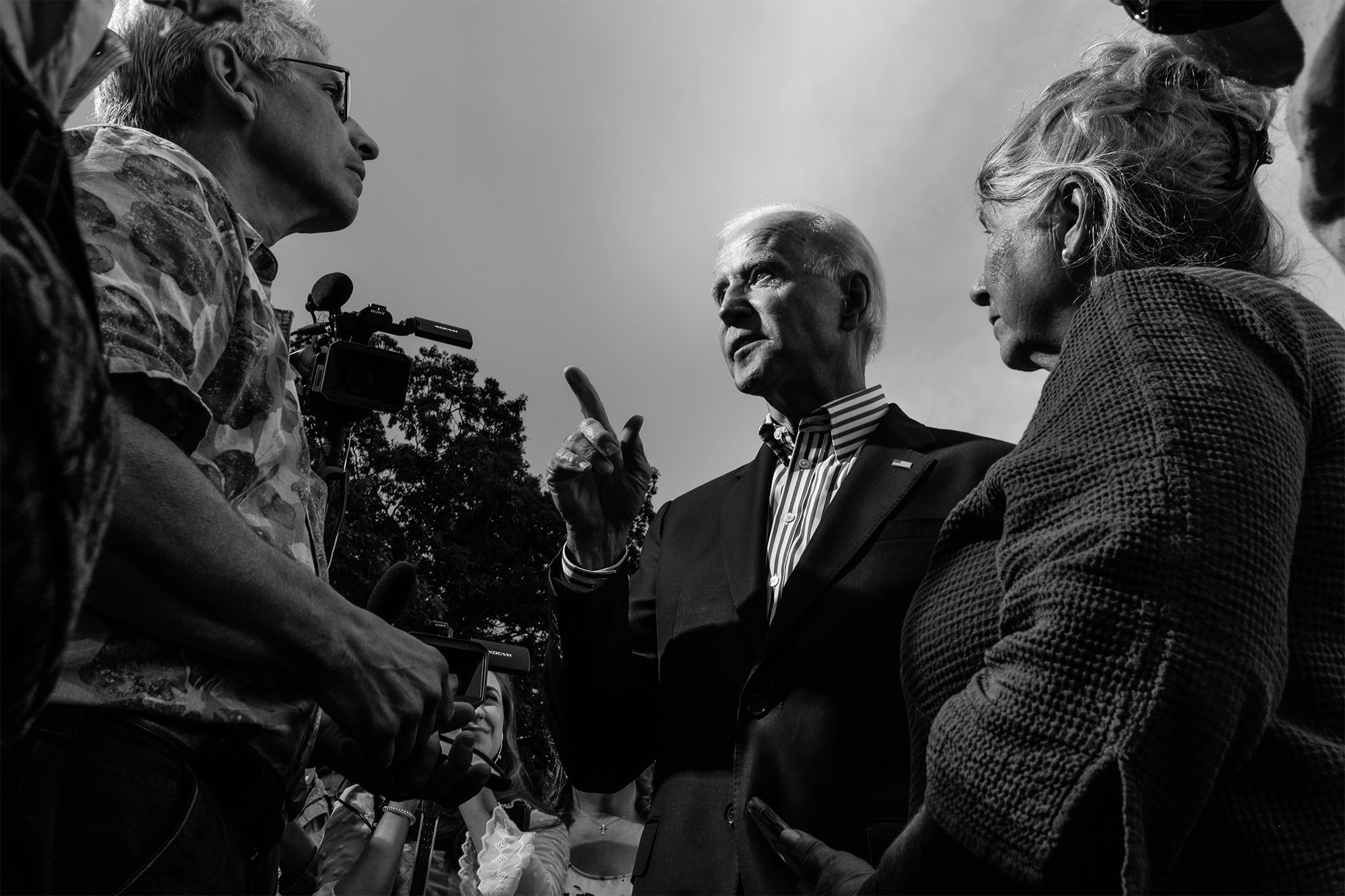 Hillary Clinton is expected to endorse Joe Biden later today in an online conversation about the impact of the coronavirus on women, the New York Times reports.

“Both beloved and blamed for her narrow loss to Mr. Trump in 2016, she possesses a loyal and powerful constituency of female supporters who argue that the election was stolen from her by Russian hackers.”

A new Axios-Ipsos poll finds 89% of Americans now worry about the U.S. economy collapsing, a view that transcends party lines.

“Kansas Democrats have already more than tripled their turnout from the 2016 presidential caucus after switching to an all-mail May 2 party primary this year,” the Kansas City Star reports.

Walter Shapiro writes that Joe Biden should go with chemistry rather than calculus in picking a running mate.

“There is no single running mate who can emerge, like Wonder Woman, with the preternatural power to enhance black and Latino turnout, reach out to hardcore Sanders supporters, and appeal to wavering Republican voters in the Midwest.”

A new Pew Research poll finds that 67% — including 80% of Democrats and Democratic-leaning independents and 50% of Republicans and Republican leaners — say it is very or somewhat likely that the coronavirus outbreak will significantly disrupt people’s ability to vote in the presidential election.

A new Washington Post-University of Maryland poll finds 66% of Americans say the restrictions on restaurants, stores and other businesses in their states are appropriate, with another 16% saying they are not tight enough.

Just 17% call the limits on business activity too restrictive.

The public continues to have a somewhat negative view of President Trump’s handling of the crisis, with 52% saying that the way he’s dealt with it is either “not so good” or “poor,” and 47% saying that the job he has done is “excellent” or “good.”

“Former top advisers to Sen. Bernie Sanders are teaming up on a surprising new venture to try to rally progressive support for Joe Biden’s 2020 campaign: a super PAC,” the New York Times reports.

“Jeff Weaver, who served as Mr. Sanders’s campaign manager in 2016 and as a top adviser in 2020, and Mark Longabaugh, who worked for Mr. Sanders in 2016 but left the 2020 campaign early on, are the leading figures behind the effort.”

“Mr. Sanders has railed for years against super PACs, which can accepted unlimited donations, emphasizing his reliance on millions of small contributions from supporters online to fuel his two presidential bids. Mr. Sanders, through a spokesman, did not immediately respond to a request for comment on the new group.”

The Charlotte, NC City Council narrowly voted 6-5 on Monday to accept a $50 million security grant tied to hosting the Republican National Convention in Charlotte this August, the Charlotte Observer reports.

But amid the coronavirus pandemic, many City Council members were dubious the convention — expected to draw 50,000 people from across the country — could occur as planned.

Tim Alberta assembled four veteran GOP campaign mangers to discuss the presidential race virtually. “Over the course of 90 minutes, the panel zeroed in on some big-picture worries and some tactical details, including why Covid-19 threatens to tank turnout this November, fears about Trump’s behavior if the election results are uncertain, and the one thing everyone agrees on: Whom the Democrats should nominate for vice president.”

Stacey Abrams “has been privately calling Democratic powerbrokers, asking them to tell Biden campaign officials that she should be vice president,” Politico reports.

Ok, this is starting to wander over into the territory of desperation on Abrams’ part. Talk yourself up, yes. But cold calling officials telling them to tell Biden that she should be VP? I dunno. And I would say that if a white male were doing the same thing.

The New York Times reports the coronavirus crisis has made Ohio Gov. Mike DeWine (R) “something that decades in elected offices never did: a household name. A Republican, he took early and bold actions to lock down his state, even as the head of his party, President Trump, dismissed the threat of the pandemic.”

“Mr. DeWine’s decisiveness — closing schools before any governor in the country, postponing the state’s March 17 primary election to protect voters — sent his popularity soaring. The folksy governor, previously best known for an annual ice cream social at his rural home, became something of a cult figure on social media…”

“The Ohio governor is the rare Republican official who does not automatically fall in step with Mr. Trump, an independence he shares with two other Republican governors, Larry Hogan of Maryland and Charlie Baker of Massachusetts, both of whom lead solidly Democratic states where bipartisanship is needed to survive. Unlike them, Mr. DeWine has gone his own way in a red-hued state.”

Politico: “Republicans are trying to pull off a high-wire act over the next three months: Reopen the economy enough to get most jobless Americans back to work and off the public dole, while resisting another giant stimulus package.”

“If they fail, they’ll face a coronavirus cliff — an even deeper collapse in spending and sky-high unemployment in the months before Election Day. That could both damage President Trump’s reelection prospects and put the party’s Senate majority at serious risk.”

“Republicans are currently betting that efforts to reopen states will be successful and the nearly $3 trillion already allocated by lawmakers — the largest federal rescue in American history — will be at least close to enough to start bringing the unemployment rate down and sending economic growth back up.”

Politico: “Joe Biden’s advisers and allies have become torn over whether it is more important to choose an African-American or a progressive running mate. While the two aren’t necessarily mutually exclusive, there is an ongoing debate about whether Biden ‘has the black vote locked up’ or ‘whether the bigger need we have is to put someone left-leaning’ on the ticket.”

“The strategist was one of multiple Democrats who described a debate in and around the periphery of Biden’s campaign about the significance of race and ideology in the vice presidential selection. They are also debating how wary Biden should be of selecting someone who has not been tested by the rigors of a presidential campaign.”

“The need to generate enthusiasm within the Democratic base is a driving force in every scenario — and potential running mates and their supporters are well aware of it. In an effort to frame Biden’s thinking, a number of them are now mounting early and, in some cases aggressive, lobbying and counter-lobbying campaigns.”

Politico: “Earlier this month, the Senate Republican campaign arm circulated a memo with shocking advice to GOP candidates on responding to coronavirus: ‘Don’t defend Trump, other than the China Travel Ban — attack China.’ The Trump campaign was furious…”

“The episode illustrates how the Trump political apparatus demands — and receives — fealty from fellow Republicans and moves aggressively to tamp down on any perceived dissent within the GOP. The president maintains an iron grip on his party, even as his poll numbers sag and he confronts fierce criticism from Democrats over his response to the coronavirus pandemic.”