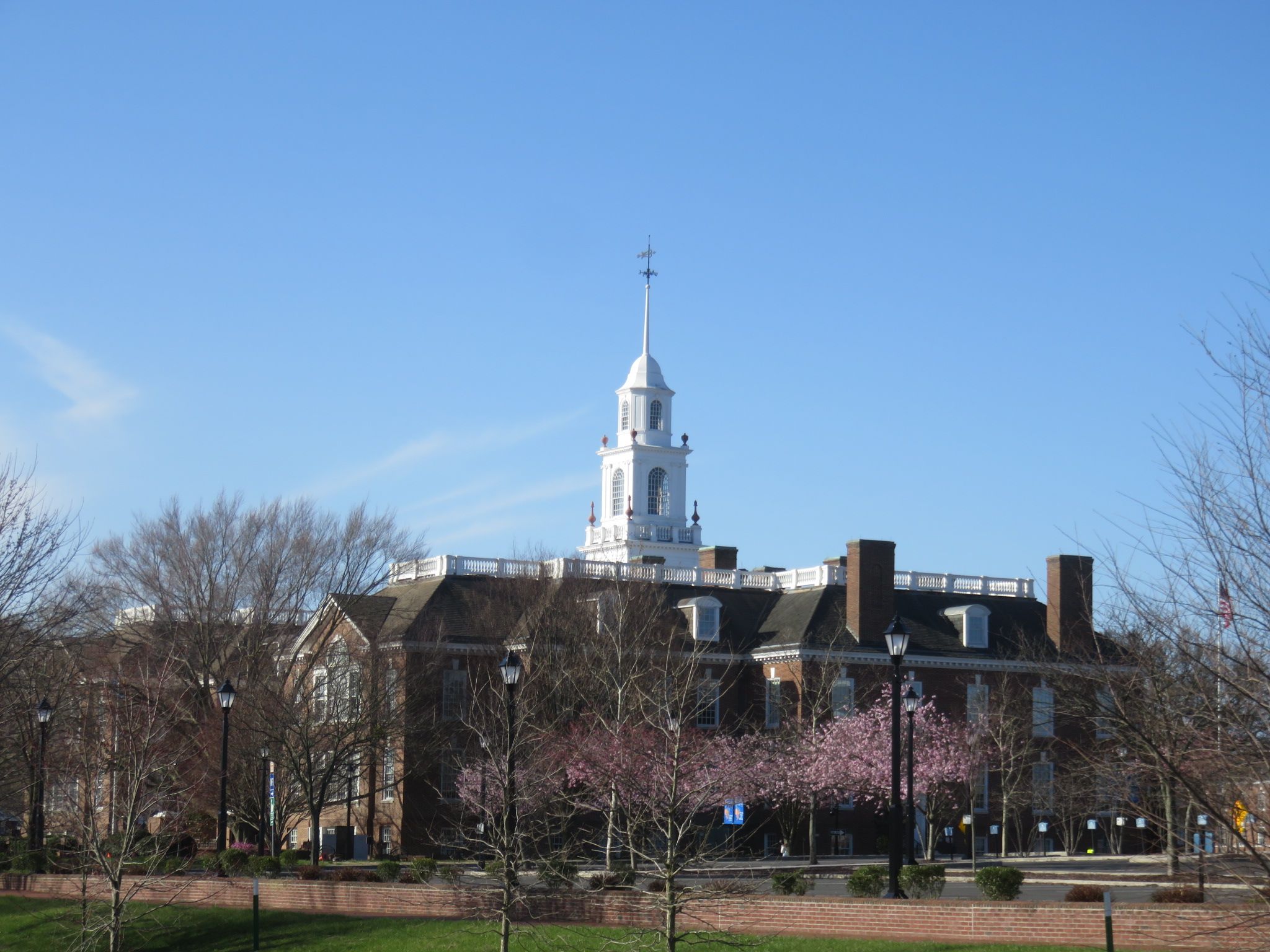 Legislative Hall, on Legislative Avenue in Dover. The building serves as the state capitol of Delaware. It was built in 1932, and is the only Colonial Revival state house in the country. The tiered tower was based on the Old State House in Boston, Massachusetts; and the balcony over the entrance and round-topped dormers were based on the Old Colony House in Newport, Rhode Island. Both of those buildings served as colonial capitols for a time. The interior of Legislative Hall was done by the American Car & Foundry Company of Wilmington. Photo by xzmattzx.