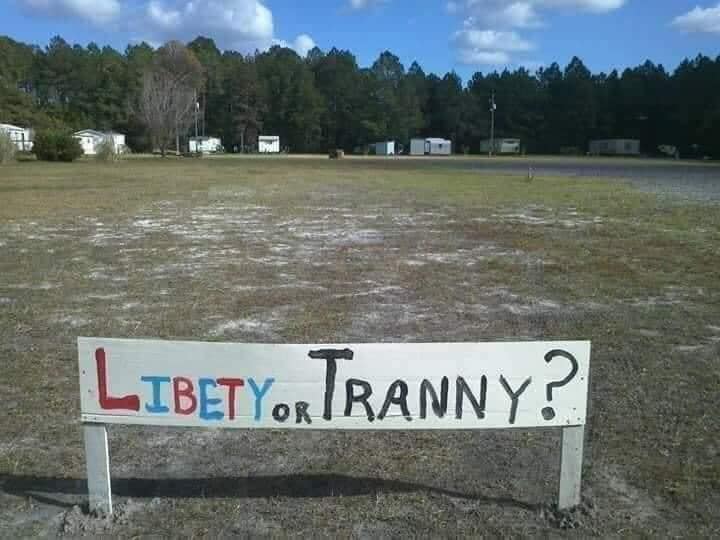 “Congressional leaders struck an agreement with the White House to deliver more than $480 billion in aid to small businesses and hospitals, the federal government’s latest effort to blunt the economic and health-care crisis caused by the coronavirus pandemic,” the Wall Street Journal reports.

“Lawmakers are nearing a deal to restart an emergency small-business loan program that exhausted its funding last week — but it may buy only a few days before the program screeches to a halt once again,” Politico reports.

“Lenders are warning their customers they might not be able to secure loans even if Congress provides an additional $300 billion as soon as this week. Banking industry representatives say the program has a burn rate of $50 billion per day and needs closer to $1 trillion to meet demand, with hundreds of thousands of applications pending.”

“The Paycheck Protection Program was supposed to infuse small businesses, which typically have less access to quick cash and credit, with $349 billion in emergency loans that could help keep workers on the job and bills paid on time,” the AP reports.

“But at least 75 companies that received the aid were publicly traded, the AP found, and some had market values well over $100 million.”

A new Pew Research Center survey found 28% of Americans had lost their jobs or been laid off because of the coronavirus outbreak. A third have had to take pay cuts. A combined 43% said one or both applied to them.

The cuts are especially troubling if the threat of the coronavirus extends for months: 53% said they did not have enough in savings to cover their expenses for three months in case of an emergency like a pandemic-related shutdown.

“Senior White House and Trump administration officials are planning to launch a sweeping effort in the coming days to repeal or suspend federal regulations affecting businesses, with the expected executive action seen by advisers as a way to boost an economy facing its worst shock in generations,” the Washington Post reports.

“The White House-driven initiative is expected to center on suspending federal regulations for small businesses and expanding an existing administration program that requires agencies to revoke two regulations for every new one they issue.”

“President Trump’s political fate now hinges on a simple premise: Everybody who needs a coronavirus test must be able to get a test,” Politico reports.

“More than five weeks into a devastating shutdown of the U.S. economy, Trump’s aides and advisers inside and outside his administration now view disapproval of his preparedness for the coronavirus pandemic as his biggest political liability heading into the 2020 election.

“The president and his team in the White House are rushing to counter perceptions and develop a coherent message about the nation’s ability to test Americans for the coronavirus quickly and broadly, a prerequisite governors and business leaders have outlined to successfully get the economy back on track.”

George Packer: “When the virus came here, it found a country with serious underlying conditions, and it exploited them ruthlessly. Chronic ills—a corrupt political class, a sclerotic bureaucracy, a heartless economy, a divided and distracted public—had gone untreated for years. We had learned to live, uncomfortably, with the symptoms. It took the scale and intimacy of a pandemic to expose their severity—to shock Americans with the recognition that we are in the high-risk category.”

“The crisis demanded a response that was swift, rational, and collective. The United States reacted instead like Pakistan or Belarus—like a country with shoddy infrastructure and a dysfunctional government whose leaders were too corrupt or stupid to head off mass suffering. The administration squandered two irretrievable months to prepare. From the president came willful blindness, scapegoating, boasts, and lies. From his mouthpieces, conspiracy theories and miracle cures. A few senators and corporate executives acted quickly—not to prevent the coming disaster, but to profit from it. When a government doctor tried to warn the public of the danger, the White House took the mic and politicized the message.”

Matt Levine: “In ordinary economics, things do not have negative prices: If nobody wants a thing, if you’d have to pay them to take the thing, you just don’t make it. Oil is a little weird—it is hard to shut in and then restart an oil well, and there are all sorts of weird cartels and game theory involved in oil pricing and production—but the other thing going on here is that a global pandemic is pretty weird for commodity prices. The price of oil is not approaching zero because nobody needs oil; you can look into the future—or at futures prices—and see that, in fact, there is demand for oil.”

“But right now, with the world economy closed, people need much less oil than they’ve got. If you have a thing that lots of people want, but that no one wants right now, it is hard to put a normal price on it.​”​

Attorney General William Barr told Hugh Hewitt that the Justice Department will consider taking legal action against governors who continue to impose stringent rules for dealing with the coronavirus that infringe on constitutional rights once the crisis subsides in their states.

Said Barr: “We have to give businesses more freedom to operate in a way that’s reasonably safe. To the extent that governors don’t and impinge on either civil rights or on the national commerce — our common market that we have here — then we’ll have to address that.”

Atlanta Mayor Keisha Lance Bottoms (D) told CNN she is confused about Georgia Gov. Brian Kemp’s (R) decision to allow some businesses across the state to begin reopening amid the coronavirus pandemic.

Said Bottoms: “I’m perplexed that we have opened up in this way And, again, I can’t stress enough, I work very well with our governor, and I look forward to having a better understanding of what this reasoning is, but as I look at the data and as I talk with our public health officials, I don’t see that it’s based on anything that is logical.”

“The Senate Intelligence Committee reaffirmed its support for the U.S. intelligence community’s conclusion that the Russian government interfered in the 2016 presidential election with the goal of putting Donald Trump in the Oval Office,” Politico reports.

“Tuesday’s bipartisan report, from a panel chaired by North Carolina Republican Richard Burr, undercuts Trump’s years of efforts to portray allegations of Kremlin assistance to his campaign as a ‘hoax,’ driven by Democrats and a ‘deep state’ embedded within the government bureaucracy.”

President Trump said he may push for a bailout of the oil and gas industry as prices continued to crash.

Said Trump: “We will never let the great U.S. Oil & Gas Industry down. I have instructed the Secretary of Energy and Secretary of the Treasury to formulate a plan which will make funds available so that these very important companies and jobs will be secured long into the future!”

Wall Street Journal: “The convulsions in oil markets underlined the huge hit that government-imposed lockdowns designed to stall the spread of the coronavirus have dealt to oil demand. With producers unable to shut wells fast enough, and OPEC and G-20 production cuts not due to take effect until early May, traders say that the world is essentially running out of space to store oil.”

“A panel of experts convened by the National Institute of Allergy and Infectious Diseases recommends against doctors using a combination of hydroxychloroquine and azithromycin for the treatment of COVID-19 patients because of potential toxicities,” NPR reports.

President Trump had described the drugs in a tweet as having a “real chance to be one of the biggest game changers in the history of medicine.”

“A malaria drug widely touted by President Trump for treating the new coronavirus showed no benefit in a large analysis of its use in U.S. veterans hospitals,” the AP reports.

“There were more deaths among those given hydroxychloroquine versus standard care, researchers reported.”

“Even as states move ahead with plans to reopen their economies, the director of the CDC warned that a second wave of the novel coronavirus will be far more deadly because it is likely to coincide with the start of flu season,” the Washington Post reports.

Said CDC director Robert Redfield: “There’s a possibility that the assault of the virus on our nation next winter will actually be even more difficult than the one we just went through. And when I’ve said this to others, they kind of put their head back, they don’t understand what I mean.”

Asked about the appropriateness of protests against stay-at-home orders and calls on states to be “liberated” from restrictions, Redfield said: “It’s not helpful.”

Josh Kraushaar: “A fundamental rule of politics is the party that’s divided is the one that’s losing. A cardinal rule of pandemic politics is that it’s better to err on the side of caution instead of taking risks that would invite a political backlash. There are no libertarians in a crisis, but there will be lots of angry voters if a public official’s ideological commitments lead them to make decisions that endanger public health.”

“Typically during a crisis, leaders try to build as much bipartisan goodwill as possible to hedge against the inevitable recriminations to come. Trump, by contrast, relishes in embracing polarizing positions that only divide voters and make his political recovery all the more difficult in the future. By turning the coronavirus crisis into a partisan issue so quickly, Trump ensures that he’s on the losing side of the debate.”

“The country only has a fraction of workers needed to trace the coronavirus, as health departments are scraping together a rag tag army of graduate students, workers from a city attorney’s office and even librarians,” Politico reports.

“Before the pandemic, state and local health departments had fewer than 2,000 workers carrying out contact tracing — the detailed investigatory work to track and stop outbreaks of everything from syphilis to measles. The real number needed could be somewhere between 100,000 and 300,000 — an astronomical figure that seems near impossible to reach without a massive national program to build a highly trained public health workforce.”

CNN reports the U.S. is monitoring intelligence that Kim is in grave danger after a surgery.

“The Trump administration took Surgeon General Jerome Adams off television last week after his controversial remarks on Covid-19’s threat to minorities, silencing the White House’s loudest voice on racial disparities even as concerns mount about risks to communities of color,” Politicoreports.

“Adams also hasn’t made an appearance at a White House press briefing since April 10.”