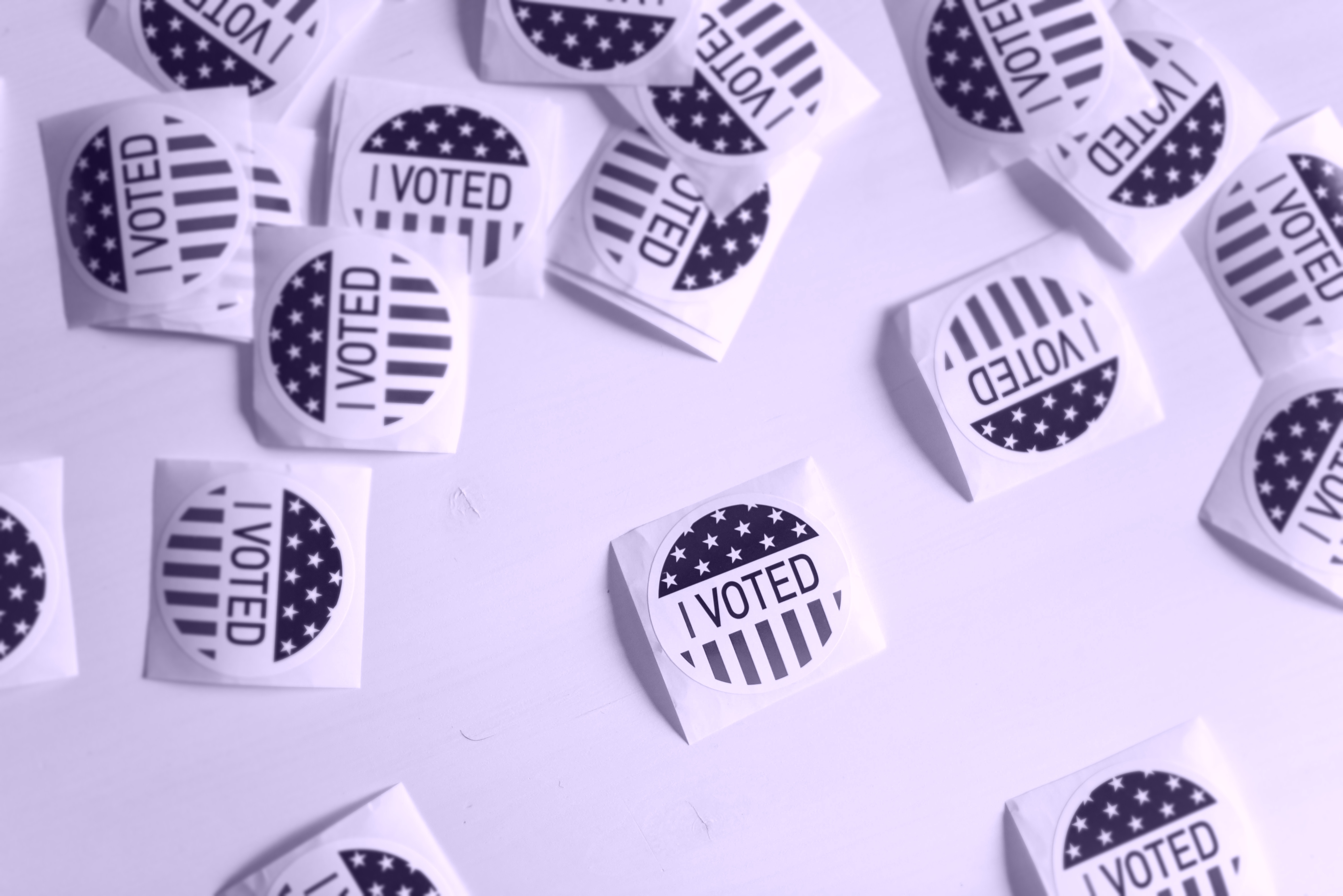 Harry Enten: “Trump received a clear boost in his approval rating as the coronavirus pandemic began to grip the country. His net approval rating (approval – disapproval) among voters shot up to its highest point since the first month of his presidency. But now, just weeks later, Trump’s popularity has been dropping.”

“Looking at the data, Trump seems to have had one of the fastest retreats of a rally around the flag effect in modern polling history.”

The FiveThirtyEight polling average shows Trump’s approval at 44% to 52%.

A new Wall Street Journal/NBC News poll finds 59% of American voters say they are more concerned that a relaxation of stay-at-home restrictions would lead to more COVID-19 deaths than they are that those restrictions will hurt the U.S. economy.

“But while strong majorities of Democrats and independents are more worried about the coronavirus than the economy, Republicans are divided on the question, with almost half of them more concerned about how the restrictions could affect the economy.”

Politico: “Trump aides and allies say they are growing confident that an earlier restart amid the coronavirus pandemic could help the president in his reelection campaign.”

“They point to emerging signs around the country. Trump-supported activists are protesting strict stay-at-home orders. Conservative groups’ internal polling in red-leaning and swing states show a significant uptick in Americans who favor reopening the country. A growing chorus of Republican lawmakers across the nation are on board.”

“A swift economic restart, however, could backfire politically for Trump if it causes a flare up.”

Wall Street Journal: “Mr. Biden’s team is ramping up its outreach to liberals, trying to ease tensions between the Democratic establishment and left-leaning activists and young people as he works to build a coalition to defeat Republican President Trump in November. Mr. Biden has earned endorsements from his top competitors for the 2020 presidential nomination, including Mr. Sanders and fellow liberal Sen. Elizabeth Warren, but hasn’t yet won over all of their former backers.”

Ben Smith: “What Mr. Trump can do, it turns out, is host rolling, raucous, two-plus-hour daily television variety shows to keep his connection with the faithful and, incidentally, to variously entertain and appall the rest of the homebound American public. He can rally gun owners in Virginia as well as angry suburbanites in Michigan. He can attack the news media to make sure its paying attention.”

“This is it — the corona campaign. The most effective form of direct presidential communication since Franklin Roosevelt’s fireside chats. Mr. Trump wanted to start a radio show, my colleague Elaina Plott reported, but really, television was the medium that made him and the one he knows and loves. Get used to it, because given its power, he’s not going to stop in November, win or lose. He’ll most likely broadcast on his favorite medium until the day he dies.”

“So how do we, citizens and — to stick to my particular beat here at The Times — journalists, handle this? We keep it in perspective. The briefings are important; Mr. Trump is important. But the big story — of this year, of this decade — is the coronavirus. That isn’t a story about Mr. Trump, and there’s no reason to cover it that way.”

Will Bunch: “A decade ago I was so fascinated by a right-wing protest movement with similar, sometimes irrational demands and similar nebulous origins — the Tea Party —that I wrote an entire book about it, The Backlash. But what I learned back then is why I’m troubled by the way the Times, cable TV and other outlets are covering 2020′s ‘spontaneous’-not-really-right-wing rallies, because the real story is who stands behind them, and why…”

“But the endgame and the shared interests are very much the same. Distraction, and a diversion of anger in the Heartland — an anger with legitimate and understandable roots — away from them, and hopefully onto the political enemies who threaten their power. If it all sounds painfully familiar, it should. This is the Tea Party Redux, except this time with the added thrill of a seeming death wish among the participants. Maybe we should call this one the Ventilator Party, or maybe the Branch COVID-ians.”

Harry Enten: “The story of the 2016 election has often been told like this: ‘Donald Trump secured victory by breaking through the big blue wall in Michigan, Pennsylvania and Wisconsin.’ It’s how you end up with all those stories about Trump voters in Midwest diners. Heading into 2020, there’s still a lot of focus on those pivotal states.”

“But when you look at the electoral math, it’s pretty clear that former Vice President Joe Biden would be wise to look beyond those states and make a heavy investment in Florida.”

“Massachusetts’ highest court on Friday eased the legal requirements for candidates to get on the ballot this September, agreeing with three candidates who sued, that forcing candidates to comply with existing signature minimums is unconstitutional given the ongoing coronavirus emergency,” the Boston Globe reports.

“The Supreme Judicial Court ruling cuts in half the number of signatures required for all candidates to appear on the state’s Sept. 1 primary ballot. The court also, for some offices, extended the deadline by which candidates must submit those signatures to election officials, and it said that Secretary of State William F. Galvin must accept electronic — in addition to the standard ink — signatures.”

“The pandemic may have robbed Donald Trump of a growing economy. It may have trapped Joe Biden in his basement. But it may yet do something even worse to the Libertarian and Green party nominees: keep them off the ballot in many of this year’s key states,” Politico reports.

“Several of the elusive ballot lines are in states that in 2016 were either narrowly won or flipped from red-to-blue.”

Washington Post: “Buried inside a survey showing bad grades for President Trump’s handling of the coronavirus outbreak, Thursday’s Gallup Poll contained a remarkable nugget showing approval ratings for Congress had jumped by a net gain of 16 percentage points in the past month.”

“Recruitment flops and lackluster fundraising have weakened Republicans’ chances in over a dozen competitive House districts, leaving them with an increasingly narrow path back to power,” Politico reports.

“Though GOP strategists feel confident they will see some gains this cycle, the latest fundraising reports out last week painted a bleak picture of their odds of netting the 18 seats needed to recapture the House, particularly with campaigning frozen by a global pandemic.”

Politico: “Republicans started this election cycle as heavy favorites to keep their Senate majority, with a lineup of elections mostly in red-tinted states and GOP incumbents favored over a slate of relatively unknown and untested challengers. Now, nearly six months out from the election, Democrats are making them sweat.”

“Republicans are still more likely than not to maintain control, but Democrats strengthened their hand with a slate of challengers raising massive sums of money in races that represent the heart of the battle for the majority, putting control of the Senate within reach. Republicans remain modest favorites to keep the Senate, with incumbents holding cash advantages in most competitive races and several offensive targets potentially cushioning their majority.”

Key takeaway: Maine’s Senate race from a “Lean R” to “Toss Up,” opening up a Democratic path to the majority, though Republicans are still favored.

President Trump’s campaign is secretly paying one Trump son’s wife and another one’s girlfriend $180,000 a year each through the campaign manager’s private company, the HuffPost reports.

Politico: “The Republican National Committee raised a record $24 million last month, an early indication that President Trump’s fundraising machine could be able to withstand the economic collapse brought on by the coronavirus.”

“Despite a global pandemic that has shuttered much of the U.S. economy, the RNC’s total represented its best March fundraising performance in history. The figures will be part of a federal campaign finance filing due Monday.”

“Seeking to avoid the bitter feelings that marred the 2016 Democratic convention, Joe Biden’s campaign is angling to allow Bernie Sanders to keep some of the delegates he would otherwise forfeit by dropping out of the presidential race,” the AP reports.

“Behind closed doors, Trump campaign officials have discussed holding rallies in certain states that are deemed low risk and even ways to implement social distancing precautions at future rallies.”

RNC Chairwoman Ronna McDaniel told the Washington Examiner there are no plans to scale down the August convention to renominate President Trump. Said McDaniel: “We are full steam ahead. We’re ready to go.”

Michigan Gov. Gretchen Whitmer (D) tamped down speculation that she would be picked as Joe Biden’s running mate, the Detroit News reports.

Said Whitmer: “I think it’s important that he has a woman running mate, to be honest. I think that there are a lot of phenomenal potential running mates for him.”

She added: “I’m going to help him vet and make sure he’s got a great running mate. It is not going to be me. But I’m going to have a hand in helping make sure that that he has got the rounded out ticket that can win.”

Sen. Amy Klobuchar sidestepped the question of whether she’d accept a position as Joe Biden’s running mate, telling CNN she was not going to “engage in hypotheticals.”