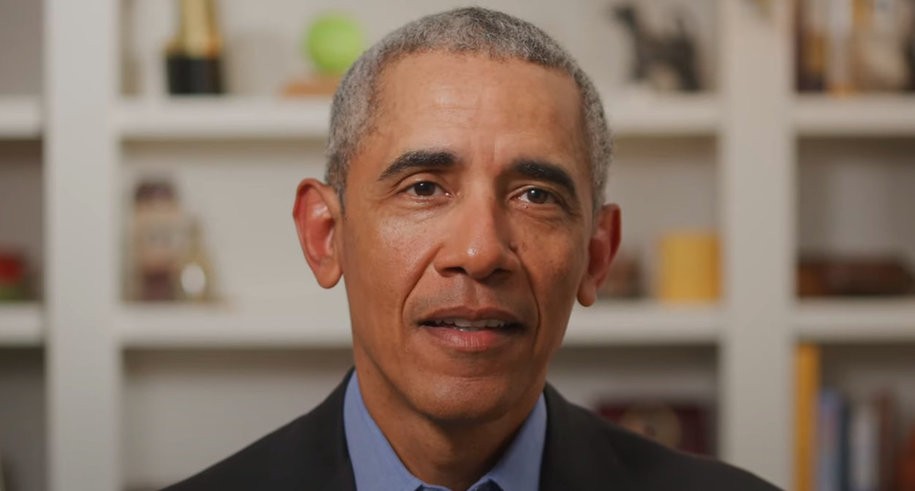 Washington Post: “The endorsement by Obama, who remains one of the most popular and influential figures in the party, marks the 44th president’s public reemergence in a contest in which he largely tried to stay out of the spotlight as two dozen Democrats fought for the nomination.”

New York Times: “Mr. Obama has been considerably more engaged in the campaign’s denouement than has been previously revealed.”

“And for months, he kept in close contact with senior party officials, in hopes of preventing a repeat of the protracted and nasty 2016 primary race.”

“Then, in the weeks after it became clear that Mr. Biden was the party’s near-certain nominee, Mr. Obama — telling a friend he needed to ‘accelerate the endgame’ — had at least four long conversations with his former vice president’s remaining rival, Senator Bernie Sanders. Mr. Obama’s efforts to ease the senator out of the race played a significant role in his decision to end his bid and, on Monday, endorse Mr. Biden.”

Liberal Dane County Circuit Court Judge Jill Karofsky unseated Conservative Wisconsin Supreme Court Justice Dan Kelly on Monday night in a key race that will narrow the court’s conservative majority and also sets progressives up to take control of the court when its next member is up for election. With nearly all votes tallied, Karofsky held a 55-45 lead.

Last Tuesday’s contests went ahead amidst the coronavirus pandemic despite a last-minute order from the state’s governor, Democrat Tony Evers, seeking to postpone them. Evers’ order, however, was quashed by the conservatives on the state Supreme Court, forcing Wisconsinites to choose between exercising their right to vote and protecting their health. An extreme shortage of poll workers led to excessively long lines in the few precincts that were able to open. Wisconsin Republicans forced an in-person election during a pandemic because they believed a low turnout election would ensure a State Supreme Court victory. And it blew up in their faces.

Washington Post: “It was also hardfought because of potential implications in the November presidential elections, with a judicial decision about whether to purge the state’s voter rolls hanging in the partisan balance of the court.”

There was also a second landslide in Wisconsin, though it was really a moot result: Joe Biden vanquished Bernie Sanders once again 63 to 32%.

New York Times: “It may have taken a once-in-a-century pandemic, but the Democrats are not in disarray.”

“After presidential primary races in 2008 and 2016 that stretched across all 50 states, the 2020 contest ended on an altogether tidy note on Monday as Senator Bernie Sanders appeared on a live stream with Joseph R. Biden Jr. and told him: ‘We need you in the White House.’”

“The endorsement was quick in the making, full-throated in nature and offered a vivid illustration of how differently this election is unfolding from the often bitter last two Democratic nominating contests.”

A Democratic super PAC is out with a new ad contrasting President Trump’s comments downplaying the pandemic with doctors’ pleas for more medical equipment.

Bloomberg: “The booming economy Trump hoped to ride to a second term is collapsing – with some forecasting a national unemployment rate as high as 30% – and the trifecta of states that delivered him the presidency will likely bear the brunt.”

“Michigan, which Trump won in 2016 by 10,704 votes, now ranks just behind New York and New Jersey in the number of coronavirus deaths, with 1,479 fatalities as of Monday. Pennsylvania, which has the fourth-largest number of coronavirus cases, ranked first in the nation in percentage of new unemployment claims in the last two weeks of March. He carried the Keystone State by 44,292 votes in 2016.”

“And Wisconsin Democrats won’t soon forget that Republicans in the State Legislature overruled the governor to force the state’s primary to go forward with in-person voting last week, prompting troubling scenes of mask-clad voters gathering to cast their ballots.”

Also important: “The economic damage is falling hardest on a key part of the Trump coalition — blue-collar workers.”

“If Biden can keep his current leads over Trump in general-election matchups, it could create opportunities for pickups of three big states — Florida, Arizona and North Carolina.”

“That’s without hurting Dems’ chances to take back Michigan, Wisconsin and Pennsylvania, the key wins that sent Trump to the White House in 2016.”

A new poll conducted for Black PAC finds black voters in battleground states would be more enthusiastic about voting for Joe Biden in November if he chose an African-American woman as a running mate.

“Biden is already highly popular with black voters… But 55% of African-American voters said they would be more excited to turn out or vote for Biden if he picked a black woman to join his ticket, the poll showed. Another 27% said the pick made no difference because they’d stick with Biden.”

— Joe Biden, on Twitter, pushing back on President Trump’s false claim he has “total authority” over the states.

“However, Biden’s lead in these polls may not be as solid as it first appears. There are signs that Trump’s base may be much more energized than the former vice president’s. Seven in 10 voters who said they preferred Trump in a head-to-head matchup with Biden said they were ‘Extremely enthusiastic’ about voting in the upcoming election, compared to only 3 in 5 Biden supporters.”

NBC News: “The selection of a vice presidential running mate has been one of the most clandestine operations in modern American politics. Then along came Joe Biden.”

“The apparent Democratic presidential nominee has made many of the moves others in his position have avoided in the past. He has: narrowed the field substantially in a nationally televised debate by pledging to pick a woman running mate; talked about the process in great detail at his now-virtual fundraisers; interviewed one likely candidate on his own podcast; and routinely offers typically candid updates in TV interviews.”

Vox: What we know about Biden’s possible vice presidential picks.

Rep. Justin Amash (I-MI) said that he’s considering a White House run against President Trump, a move that could pose a challenge to the president’s campaign for a second term, the Washington Post reports.

“Amash, who left the Republican Party last year and is seeking reelection to his Grand Rapids-area House seat as an independent, made the comment in a tweet responding to a statement by Trump on Monday night that as president, his ‘authority is total.’”