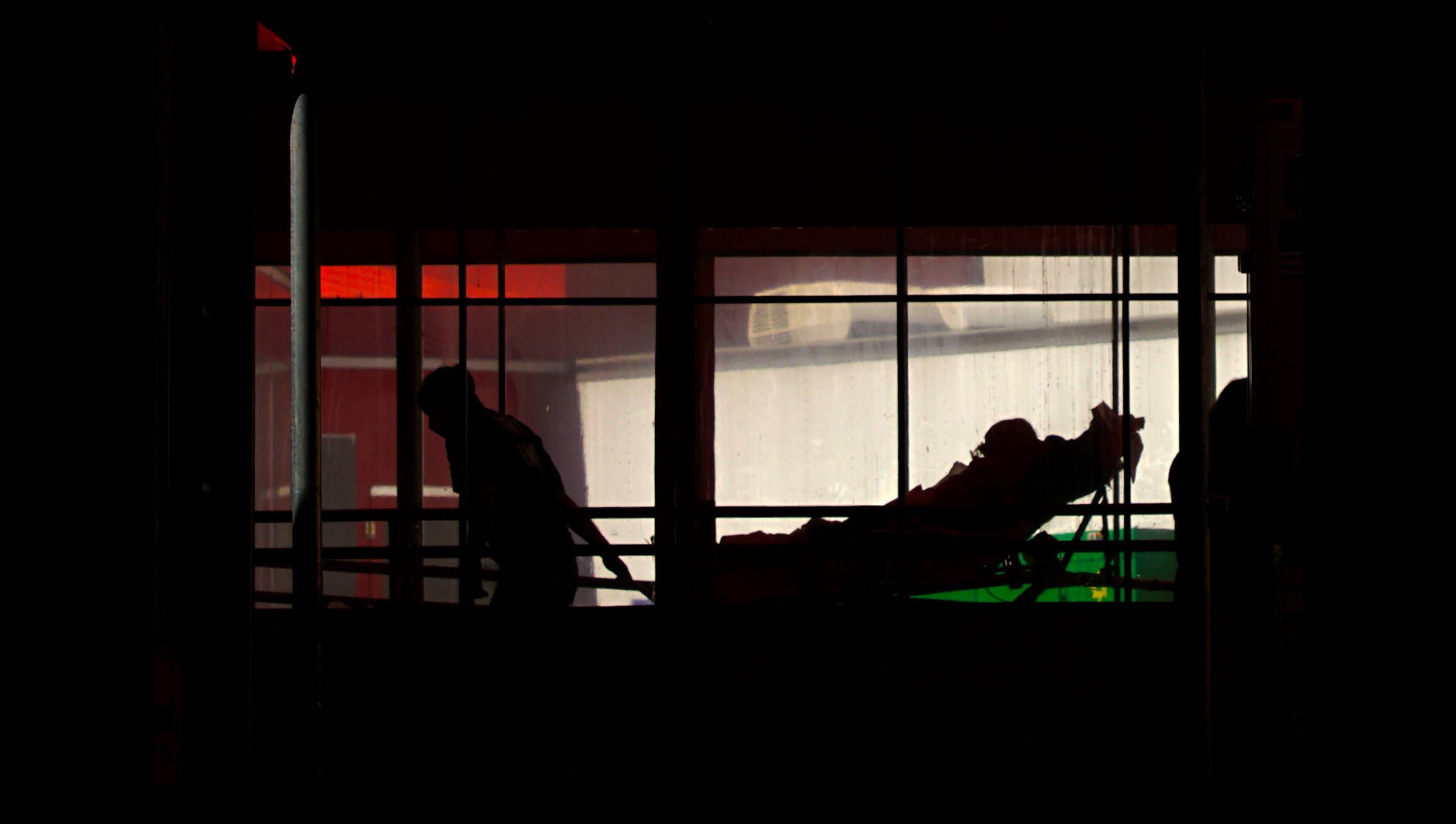 New federal government projections obtained by the New York Times find stay-at-home orders, school closures and social distancing greatly reduce infections of the coronavirus, but lifting those restrictions after just 30 days will lead to a dramatic infection spike this summer and death tolls that would rival doing nothing.

The risk they show of easing shelter-in-place orders currently in effect in most of the country undercut recent statements by President Trump that the United States could be ready to reopen “very, very soon.”

“A national plan to fight the coronavirus pandemic in the United States and return Americans to jobs and classrooms is emerging — but not from the White House,” the Washington Post reports.

“Instead, a collection of governors, former government officials, disease specialists and nonprofits are pursuing a strategy that relies on the three pillars of disease control: ramp up testing to identify people who are infected. Find everyone they interact with by deploying contact tracing on a scale America has never attempted before. And focus restrictions more narrowly on the infected and their contacts so the rest of society doesn’t have to stay in permanent lockdown.”

“But there is no evidence yet the White House will pursue such a strategy.”

Tim Alberta: “To the untrained eye, Gretchen Esther Whitmer might seem like a pushover. With the suburban-mom hairstyle, the high-pitched giggle, the nasally accent straight out of ‘Fargo’ central casting, she looks like the type of person—OK, the type of woman—that Donald Trump would chew up and spit out.”

“But looks can be deceiving, especially when they are strategically deployed to deceive. Reared in the cradle of Michigan’s back-slapping establishment, Whitmer is the quintessential insider, one-part policy aficionado and one-part student of the game. She’s an old-style pol, known as much for impassioned partisan crusades as for her conciliatory three-beer summits. In Lansing, you cannot find anyone, Republican or Democrat, on the record or off, who does not admire the skills of the state’s 49th governor. Moreover, just about everyone likes her. She is genuine, secure, quick to give a hug or share a dirty joke. She is a mom, a sports nut, a lawyer, a politician with a perfect record of winning races and a long history of flustering opponents.”

President Trump sent out a jubilant tweet celebrating four good days for the stock market while the reported coronavirus death toll in the United States overtook Spain’s to become the second highest in the world.

New York Times: Everything is awful. Why is the stock market booming?

“White House trade adviser Peter Navarro publicly said Americans had ‘nothing to worry about’ while he privately warned the White House that the coronavirus pandemic could cost trillions of dollars and hundreds of thousands of American lives,” CNN reports.

“Navarro circulated two memos at the White House in late January and February warning that a full-blown coronavirus outbreak would leave American lives and the economy vulnerable. But Navarro, a frequent surrogate for President Trump and his administration on television, continued to present a far more optimistic message in public.”

The Republican governors of Arkansas, Iowa, Nebraska, North Dakota, Oklahoma, South Dakota, Utah and Wyoming have yet to impose stay-at-home orders for everyone in their states, despite some being urged to do so this week by Surgeon General Jerome Adams and White House chief of staff Mark Meadows, Bloomberg reports.

“It’s a situation playing out across the country. In the seven American cities with Trump luxury hotels, no local officials said the Trump properties were in discussions to house overflow patients or medical personnel.”

Wisconsin’s state health department is tracking new cases of the coronavirus to determine whether it was spread among voters during Tuesday’s election, the Milwaukee Journal Sentinel reports.

White House economic adviser Larry Kudlow told Fox News the U.S. economy should be able to reopen “on a rolling basis” over the next month or two.

Said Kudlow: “The next month or two, we should be able to restart at least on a rolling basis. Our intent here was, is to try to relieve people of the enormous difficult hardships they are suffering through no fault of their own.”

“The Trump administration is pushing to reopen much of the country next month, raising concerns among medical experts and economists of a possible covid-19 resurgence if Americans return to their normal lives before the virus is truly stamped out.” the Washington Post reports.

“Behind closed doors, President Trump — concerned with the sagging economy — has sought a strategy for resuming business activity by May 1.”

“In phone calls with outside advisers, Trump has even floated trying to reopen much of the country before the end of this month, when the current federal recommendations to avoid social gatherings and work from home expire.”

New York Times: “As unemployment soars and the death toll skyrockets, and new polls show support for the president’s handling of the crisis sagging, White House allies and Republican lawmakers increasingly believe the briefings are hurting the president more than helping him. Many view the sessions as a kind of original sin from which all of his missteps flow, once he gets through his prepared script and turns to his preferred style of extemporaneous bluster and invective.”

“With only intermittent attempts to adapt to a moment of crisis, Mr. Trump is effectively wagering that he can win re-election in the midst of a national emergency on a platform of polarization.”

“In interviews, Republican lawmakers, administration officials and members of his re-election campaign said they wanted Mr. Trump to limit his error-filled appearances at the West Wing briefings and move more aggressively to prepare for the looming recession. Some even suggested he summon a broader range of the country’s leaders, including former Presidents George W. Bush and Barack Obama, in an all-hands-on-deck moment to respond to the national emergency.”

Speaker Nancy Pelosi signaled that the House is unlikely to return to session later this month, her clearest indication yet that Congress — like the rest of the country — could remain shuttered for weeks or even longer as the coronavirus crisis continues, Politico reports.

Pelosi also “issued a stark warning to President Trump, urging him not to prematurely rush to reopen major segments of the country before the coronavirus is under control.”

Florida Gov. Ron DeSantis (R) falsely claimed that the novel coronavirus hasn’t killed anyone under 25 nationwide while discussing a timeline for reopening schools in the state, CNN reports.

Said DeSantis: “This particular pandemic is one where, I don’t think nationwide there’s been a single fatality under 25. For whatever reason it just doesn’t seem to threaten, you know, kids.”

He added: “And we lose in Florida between five and 10 kids a year for the flu. This one, for whatever reason, much more dangerous if you’re 65 and plus than the flu, no doubt about that, if you’re younger it just hasn’t had an impact. So that should factor into how we’re viewing this.”

Treasury Secretary Steven Mnuchin followed internal protocols when he refused to give President Trump’s tax returns to Congress, Treasury’s office of inspector general found in a report obtained by the Washington Post. The Department of Justice had ordered the Treasury not to release the returns, citing to a legal opinion on non-disclosure. The Treasury IG did not offer any opinion on whether that DOJ legal opinion was valid or correct, only that the Treasury was correct to follow it.